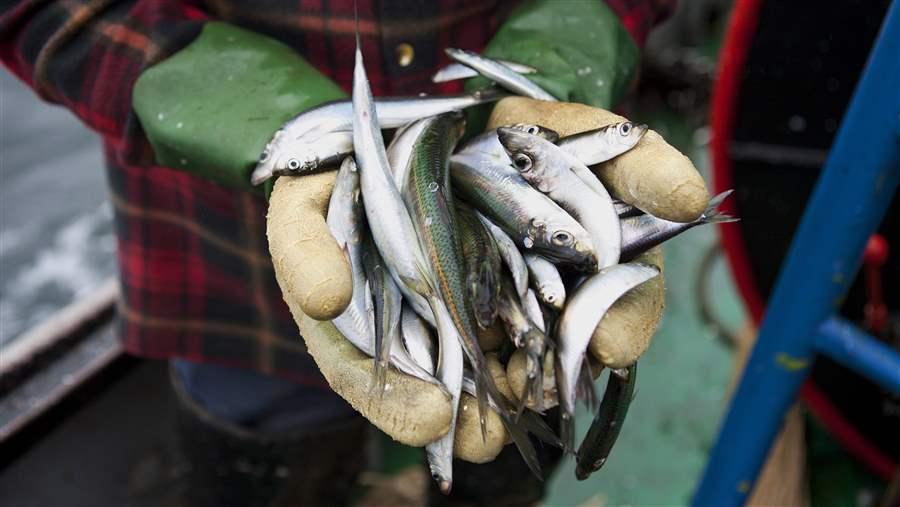 A fisherman with hands full of fish, Poland.

Fisheries ministers in the European Union are still too often taking risks when setting fishing limits—with stocks, with the science, and with the law—as demonstrated by the outcome of the October Council meeting. Two more critical Council decisions on annual limits will be made before the end of 2016, so what is at stake?

The benefits of ending overfishing are clear.  A recent report by Poseidon Aquatic Resource Management Ltd., a U.K.-based consultancy, highlights five case studies that show that when fishing in EU waters is brought within sustainable limits, the ecosystem, fishing businesses catching these stocks, and coastal communities all benefit. The prospect of such gains, along with the failure to fish sustainably in past decades, is what led EU decision-makers to commit in the reformed Common Fisheries Policy 2013 to ending overfishing within clear deadlines.

Ministers often say they agree with all of this in principle, but then succumb to short-term political pressures to ignore the science or delay applying the law. At times, ministers see the scientific advice on the maximum level of fishing for a stock as simply an opening bid in what becomes a negotiation with nature, where borrowing from future catches and profits at the expense of stock recovery is somehow portrayed as good for business.

Even when there is good news—for example, the beginning of a recovery of North Sea cod in recent years—ministers are often quick to allow fishing right at the maximum pressure. But that risks converting a positive story back into one of overfishing before the fishing sector, supply chain, and consumers have even begun to reap the rewards.

The upcoming Council meetings provide important opportunities to turn this approach around. In mid-November, ministers will consider two-year limits for deep-sea stocks, which are highly vulnerable to overexploitation because they grow slowly and mature late.  These negotiations will be followed by a much higher profile Council meeting in December at which ministers will debate over 100 remaining fishing limits for Atlantic and North Sea stocks.

Ministers do not make clear the risks being taken with stock recovery in the statements made at the end of each Council’s late-night negotiations. The resulting compromise is often hailed as “progress,” though European Commission data often show later that this was not the case. Council’s lack of transparency is a key factor in this disconnect because even finding out precisely what has been decided can take weeks or months.

Nongovernmental organizations have requested that the December Council discussion be streamed online so that citizens of EU nations can hold their ministers to account. Such requests have been rejected in the past, demonstrating that ministers prefer to continue “overfishing in the darkness,” as a recent report by Transparency International labeled it.

The International Council for the Exploration of the Sea (ICES) scientific advice for most of the stocks being discussed has been publicly available on the ICES website for months.  Still, member state delegations often arrive at Council meetings with their own unpublished versions of “scientific advice” as talks reach the final stages. This practice has contributed to frequent prolonged negotiations.

For those following these opaque processes, late-night discussions are often a signal that negotiations have moved beyond science—and beyond the proposals made by the European Commission—into horse trading. The science and the law should be enough to focus EU fisheries ministers on what is needed. It will be ministers’ responsibility to explain not just whether they support the broad aims of the law they agreed to, but also what they have done to make sure it is implemented.

How to End Overfishing in the EU

EU fisheries are in trouble. Currently, nearly 50 per cent of fish stocks are overfished in the North Sea and Northeast Atlantic&mdash;and more than 90 per cent in the Mediterranean Sea. We explain the dire consequences for both the European Union economy and marine environment if overfishing continues and lay out a plan of action for how fisheries ministers can end overfishing&mdash;and how you can help. Learn more at https://pewtrusts.org/endeuoverfishing.