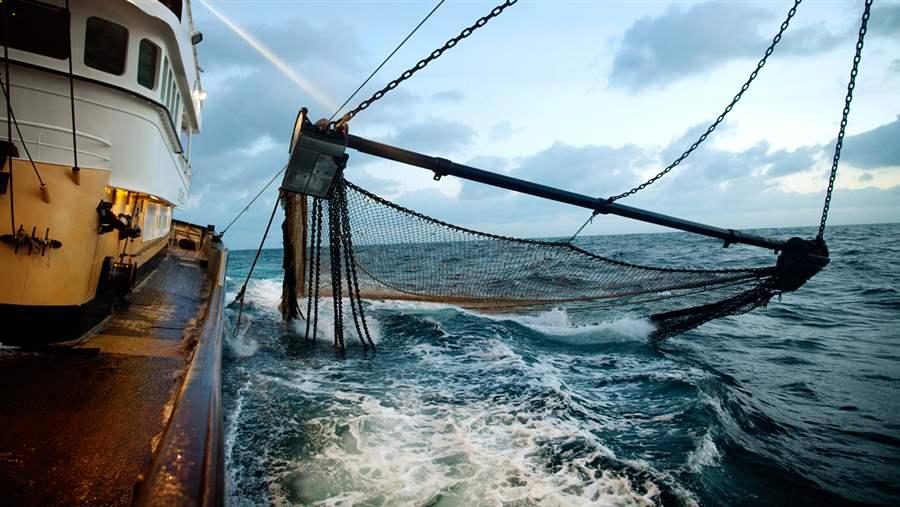 In its just released “Communication on Fishing Opportunities,” the European Commission finds that many fishing limits still exceed the ceilings required by the reformed Common Fisheries Policy (CFP) to allow stocks to recover and that fisheries ministers seem to be slowing progress.

This is an important statement by the Commission, reflecting its own technical advice and The Pew Charitable Trusts’ recent analysis. Even though the Commission found that the scale of overfishing has been reduced over the past 10 to 15 years, the communication highlights that in some cases, decision-makers are moving fishing limits further from the goal posts.

The annual statement provides an overview of the state of stocks in European Union (EU) waters and outlines the Commission’s broad plans to manage fisheries in 2017. Its release is a milestone that occurs each summer, kicking off a laborious process to agree the next year’s fishing limits and setting in motion the negotiations and lobbying that precede those decisions. 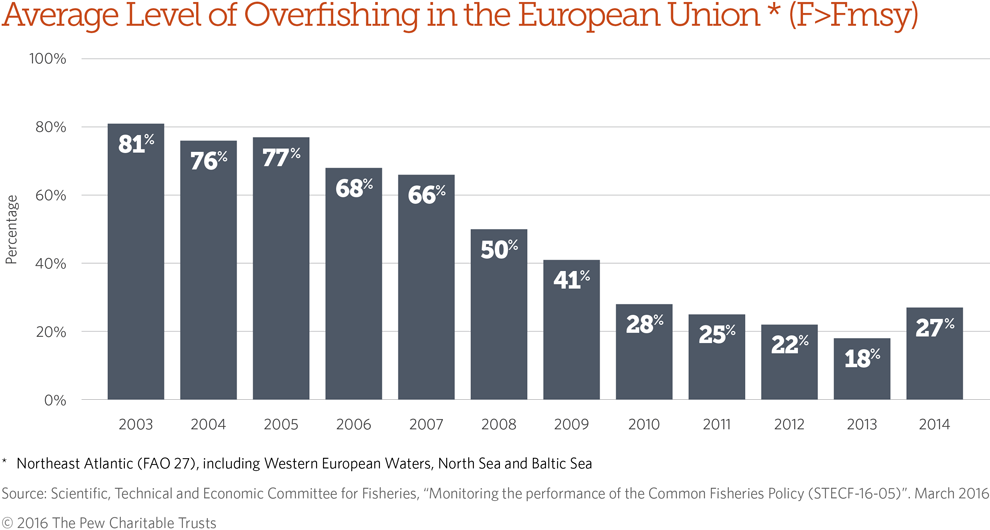 The reformed CFP came into effect at the start of 2014. It requires an end to overfishing by 2015 where possible, and by 2020 at the latest for all stocks. So how can the current situation be turned round?

First, the Commission needs to propose fishing limits that achieve the CFP’s goals—exploitation rates that allow stocks to be restored and that provide sustainable long-term income for Europe’s fishing fleet. For the most part, the Commission’s statement promises to do this.

Once the Commission proposes fishing limits, starting with the Baltic Sea at the end of summer, fisheries ministers will make decisions at their October, November, and December Councils. Unfortunately, their record in setting sustainable limits has not been strong, though ministers are aware that time is running out to make the progress needed. Prolonging overfishing only postpones the benefits of better management for the people and businesses that rely on these resources.

In this well-worn cycle of annual decision-making, a crucial third body plays a critical part in holding the other parties to account: the European Parliament.

Under the Lisbon Treaty, the constitutional basis for the EU, members of the European Parliament (MEPs) do not have a role in setting annual fishing limits. But they do have a vital role in ensuring that all fishing laws meet the requirements of the reformed CFP, which the Parliament jointly agreed with Council in 2013. The CFP requires the Commission to report to MEPs annually on progress in setting sustainable fishing limits and the state of stocks.

In a positive sign, MEPs on the Parliament’s Fisheries Committee are increasingly asking the Commission to provide greater clarity on the state of EU fisheries. Scrutinising progress more closely on CFP implementation is essential if the reforms are to be fully understood and effectively implemented to end overfishing in the EU.