The Rogue River starts high in the Cascade Range near Crater Lake and flows west for more than 200 miles through the rugged Klamath Basin before emptying into the Pacific Ocean at Gold Beach. The river passes through some of the most ecologically rich landscape in the United States and lies in the heart of the Klamath-Siskiyou eco-region, where three mountain ranges converge. More than 30 types of coniferous trees grace this landscape, including temperate rain-forest species such as spruce and hemlock, and dry-forest trees such as ponderosa pine and juniper. There are also stands of coast redwoods, Alaskan yellow cedar, and the endangered Port Orford cedar. 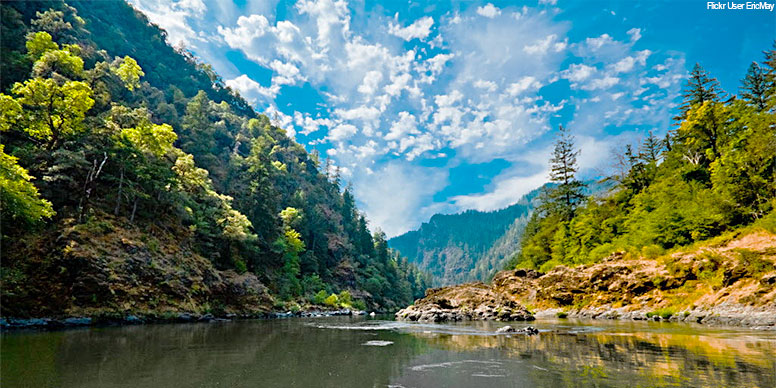 Rocky, heavy-metal-rich soils, containing serpentine and peridotite rocks, are common in the area. The rugged terrain creates an important migration corridor and habitat for bears, elk, cougars, osprey, bald eagles, and hundreds of other species of flora and fauna.

Plants have had to adapt to the mineral-deficient soil, resulting in uncommon plant association groups such as flesh-eating plants and rare orchids. Of the 3,500 varieties of plants found in this area, more than 250 occur nowhere else on Earth. These unusual plants support more than 200 butterfly species, almost 400 bird species and, more than 2,000 kinds of moths.

The river and its tributaries support some of the best spawning habitat and healthiest populations of salmon and steelhead found on the West Coast. These fish runs alone generate about $20 million annually in commercial and recreational activity for the local economy.1 With the protection of the river and its surrounding areas, the Rogue area's economy has changed from one based on natural resource extractions to a more varied one has developed in the region. Recreation on the river—rafting, fishing, hiking, and jet-boat tours—the beautiful surroundings, and clean water have fueled a healthy local wine and beer industry.

The Rogue was one of the original rivers safeguarded by the Wild and Scenic River Act in 1968. Today, more than 125 miles of the river fall under this federal protection. In addition, a stretch of the river and its surrounding uplands constitute the protected Wild Rogue Wilderness. But threats to the river and its cold, clear waters remain. Recently, the Bureau of Land Management proposed logging 500-year-old trees near the salmonspawning habitats of Kelsey and Whiskey creeks.

To ensure the continued existence of clean water, healthy fish runs, and teeming wildlife, few wild places are as essential as the Rogue River and its surrounding landscape. 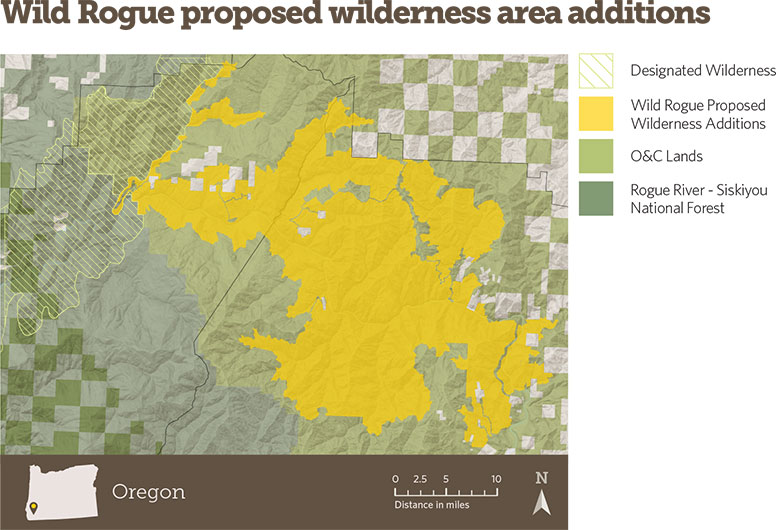