Rising 3,175 feet from its densely forested surroundings, Mount Hebo is one of the highest peaks in the northern Oregon Coast Range. The prominent lookout is a popular day hike for those willing to climb far above the massive hemlock and Douglas fir forest to fully experience the breathtaking scope of the Northwest's landscape. Along the path, a traveler will find an abundance of towering trees and rare wildflowers. North of the mountain's summit lies the last remaining roadless area in northwest Oregon, providing a unique wild land experience in this part of the state. This area should be forever protected as wilderness. 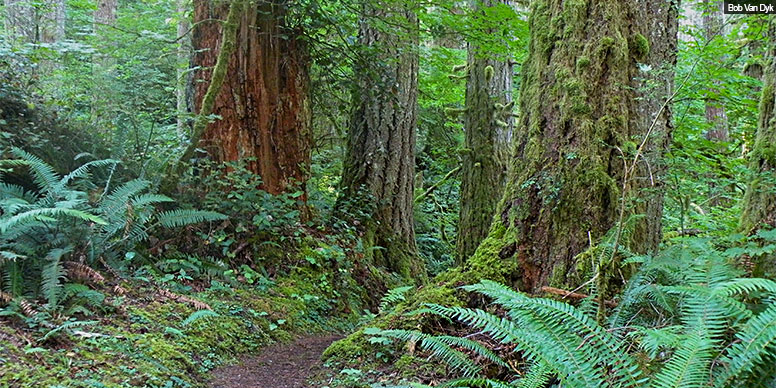 Pioneers dubbed the peak “Heave Ho” because of the way it seemed to erupt from the surrounding forest. Over the years, the name “Heave Ho” morphed into “Hebo.” These explorers discovered what Native Americans already knew: It was easier to go over the mountain than around it. For generations, the Pioneer- Indian Trail, still in use by hikers today, served as the primary link between the Tillamook area on Oregon's coast and the interior Willamette Valley. 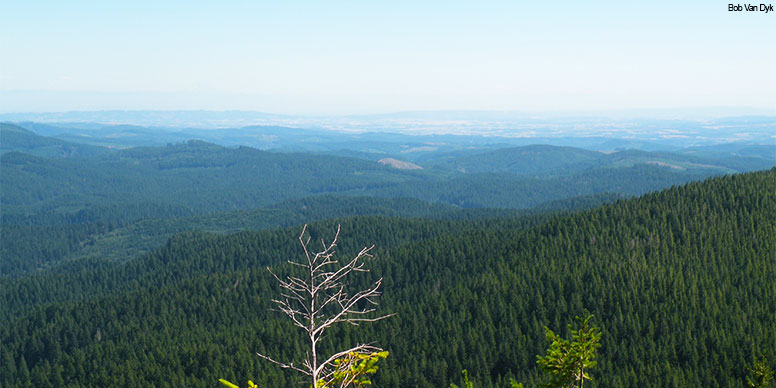 Trekkers have described panoramic views on clear days that make it possible to glimpse the true horizon at the Pacific Ocean to the west and as many as five snow-capped Cascade mountains to the east—Mounts Hood, St. Helens, Jefferson, Adams, and Rainier—more than 100 miles inland. Mount Hebo's sheer height and steep slopes create a mosaic of vegetation, ranging from massive old-growth fir trees sheltering the network of hiking trails and campsites in the lowlands to the stark landscape of gnarled, windswept shore pines clinging to the mountaintop.

The peak even boasts a bit of Cold War intrigue. The U.S. Air Force endorsed its value as a prime lookout during the height of the Cold War, when the site served as an active radar station from 1956 to 1980. The federal government has removed the Air Force equipment and facilities at Mount Hebo and returned the site to its natural state. Today a plaque commemorating those who served there remains, and day hikers and veterans alike trek the eight-mile trail to experience the views and pay respect to those who served our nation.

Mount Hebo is part of the checkerboard pattern of forests managed by the Bureau of Land Management. The area includes part of a Northwest Forest Plan Key Watershed, an area that federal agencies have identified as important for clean drinking water and fish populations, and borders the Nestucca River, which is eligible for designation under the Wild and Scenic Rivers Act. The land around Mount Hebo affords a rare opportunity to protect a large swath of Oregon's natural landscape and heritage. 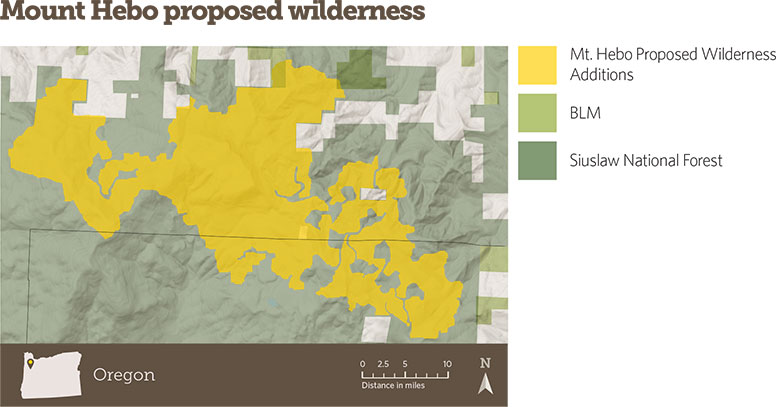