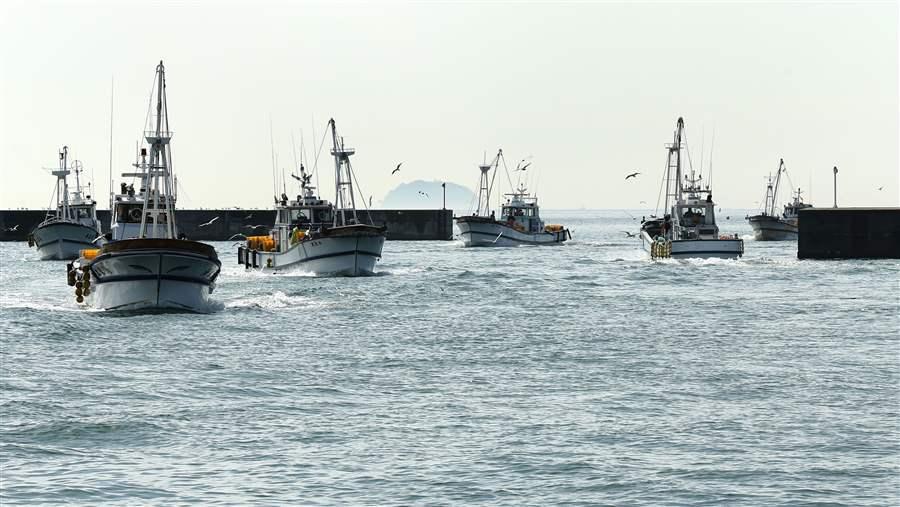 Fishing boats in the Seto Inland Sea come into port at Himeji, Japan.

This blog has been updated on May 22, 2017 to reflect the current number of Parties to the Port State Measures Agreement.

Adopted by the  U.N. Food and Agriculture Organization in 2009, the PSMA helps governments strengthen their port controls to better recognize suspicious catch and, when appropriate, reject or seize it. The pact also facilitates regional cooperation among parties to the treaty to help reduce the once-common practice of “port shopping” by illegal fishing operators.

Illegal and unreported fishing is estimated to account for up to $23.5 billion worth of seafood each year—or as much as 1 in 5 wild-caught marine fish. Illegal fishing practices destroy marine ecosystems, deplete fish populations, and threaten the livelihoods of those in coastal communities whose economies rely heavily on fishing.

While Japan maintains its long tradition of fishing, its fleets no longer catch enough to meet domestic demand. As a result, Japan has become the third-largest market for fish imports, after the European Union (EU) and the United States.

As more governments join and implement the PSMA, illegal fishermen will have a harder time getting their ill-gotten catch into the global seafood market, which will greatly reduce the profit potential of fishing outside the law. The treaty calls for an information-sharing system that requires countries to notify nearby ports when a vessel may be seeking to land illicit catch. This reporting structure and information exchange aim to improve port-level data on fish landings and vessel activity. 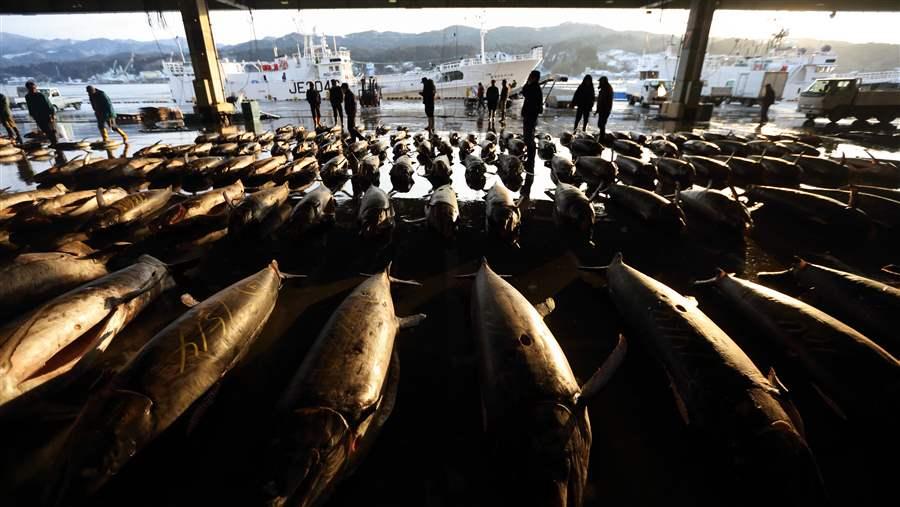 Buyers inspect the quality of billfish meat ahead of an auction at the fish market in Kesennuma, Japan. The country’s ratification of the PSMA will help ensure that these fish are caught legally.

Japan maintains significant influence on international fisheries issues and seafood markets: the country is, among other things, the world’s top consumer and fishing nation of the bluefin tuna, a species that fishing has depleted by more than 97 percent. With such stature, Japan must engage with other governments to implement precautionary, science-based catch limits that support sustainable commercial fishing.

Still, the government’s efforts to curb illegal fishing have been gaining momentum for several years. As a member of all regional fisheries management organizations, Japan has consistently supported the adoption of catch documentation schemes and other anti-IUU fishing measures.

After an EU-Japan statement in 2012 on fighting IUU fishing, Japan showed a real commitment to ratifying the PSMA. Now that it has done so, Japan is setting an example for other fishing nations in the region, and the work must persist. With each ratification the treaty becomes more effective. The Pew Charitable Trusts applauds Japan’s commitment to fighting IUU fishing, and we are confident that more governments will sign on to the PSMA this year.

I have written before about how the increasing global demand for seafood poses challenges for fisheries management. I've also addressed how illegal fishing is compounding those issues, degrading important marine ecosystems, and harming coastal residents and law-abiding fishers around the world.