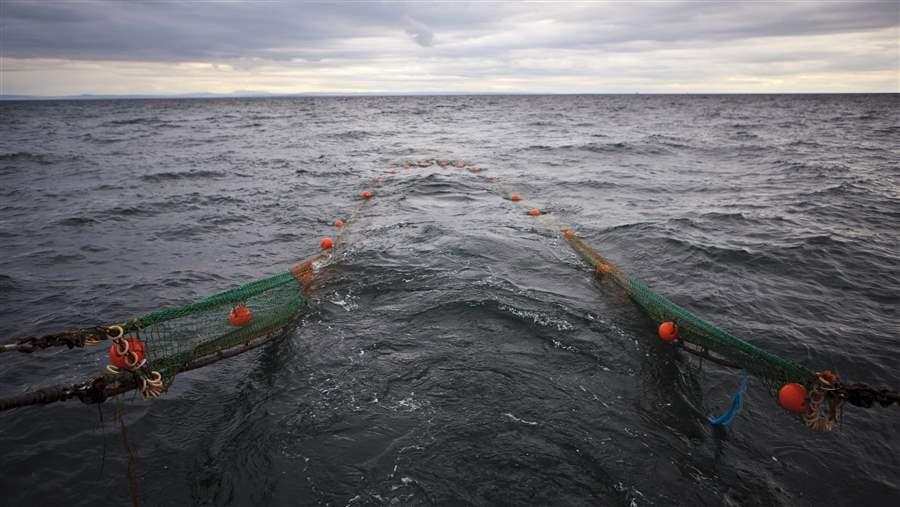 A vessel uses nets to fish in United Kingdom waters off Scotland.

Although the ink is barely dry on the European legislation that sets fishing limits for 2016, preparations for the next cycle of decision-making are already underway.

New scientific advice is in development, and the European Commission will soon publish its policy on how it will approach this process for 2017. So this is a good time to look back at how fishing limits were set for 2016 and to learn lessons for the next cycle.

Every December, European Union fisheries ministers meet in the Council to decide on fishing limits for stocks in the north-east Atlantic and adjacent waters. Although most participants promise to base decisions on science, the limits set are often higher than those advised by scientists. The lack of transparency around Council deliberations makes it hard to judge what evidence is used to inform decision-making or what specific positions different EU countries take.

So how closely are ministers sticking to the scientific advice and the requirements of the Common fisheries Policy (CFP)? The reformed CFP, which came into force in 2014, included commitments to end overfishing by 2015 where possible—and by 2020 at the latest.

An analysis by Pew in March compares the fishing limits set for 2016 with the scientific advice for stocks in the north-western waters of Europe—to the extent that this is possible with the information made publicly available. The good news is that, overall, fewer limits were set above the advice than last year. However, in instances where fishing limits were still set too high, the average amount in excess of the advice increased.

Importantly, the outlook for stocks with specific scientific data on fishing rates in line with the “maximum sustainable yield” (MSY) has changed little from last year. This means that where the science shows what is needed to achieve a key objective of the CFP, ministers chose to make no progress for these stocks this year.

A European Commission analysis confirms that ministers are not making enough progress to end overfishing. Their reluctance to take the necessary steps now makes it particularly important that the Commission provides comprehensive and accurate reports, including assessing stocks against the specific biomass and fishing mortality MSY reference points in the CFP.

We look forward to a clear statement from the Commission, when it lays out its policy in June, that progress will be made in ending overfishing this year. We will continue to support the Commission and fisheries ministers in efforts to set fishing limits that achieve this critical objective.