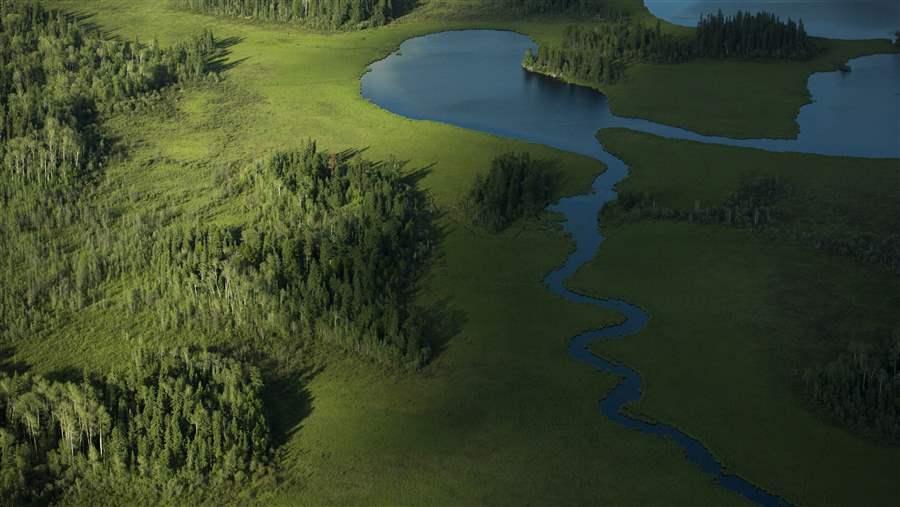 Quebec has earned international recognition in recent years for its ambitious policy—known as Plan Nord—to protect half its vast boreal forest from industrial development. Now the Canadian province has also launched a welcome effort to measure one of the region’s most valuable assets: the carbon locked in the forest’s soil, peat, vegetation, and permafrost.

With this unprecedented inventory of “cold carbon” in Quebec’s northern region, the provincial government will be gathering valuable information to use in the global effort to mitigate the impacts of climate change.

Simply put, by understanding how much carbon is stored in the boreal region, and where it is, the government can better identify ways to limit its release.

This move comes not a moment too soon. The effects of climate change on the world’s biota are already well underway. Organisms are moving north, retreating from hotter and harsher conditions produced by an increase in global temperatures. One of the most important strategies for allowing species to adapt and survive is by maintaining the last remaining blocks of intact, primary forest worldwide. Fragmentation of habitat reduces the opportunities for successful northward shifts in distribution.

Because of the unrivaled intactness of Canada’s boreal forest, its protection provides critical opportunities for species to adapt in the face of climate change.

By deciding in 2011 to protect at least half of its boreal region—an area larger than Texas or France—Quebec simultaneously provided two of the most important tools in the fight against climate change: adaptation and mitigation.

The boreal includes vast stores of cold carbon accumulated over millennia, so protecting these forests from development in and of itself mitigates the impact of carbon on climate. Canada’s boreal region was once estimated to store 208 billion metric tons of carbon. But recent research indicates that there may be two to three times more than that.

Indeed, the world’s boreal and Arctic regions combined are the planet’s largest land-based storehouses of carbon—larger even than those of tropical forests. A government review of existing data has already found that the carbon stock of Quebec’s boreal is at least 700 times the province’s annual emissions. 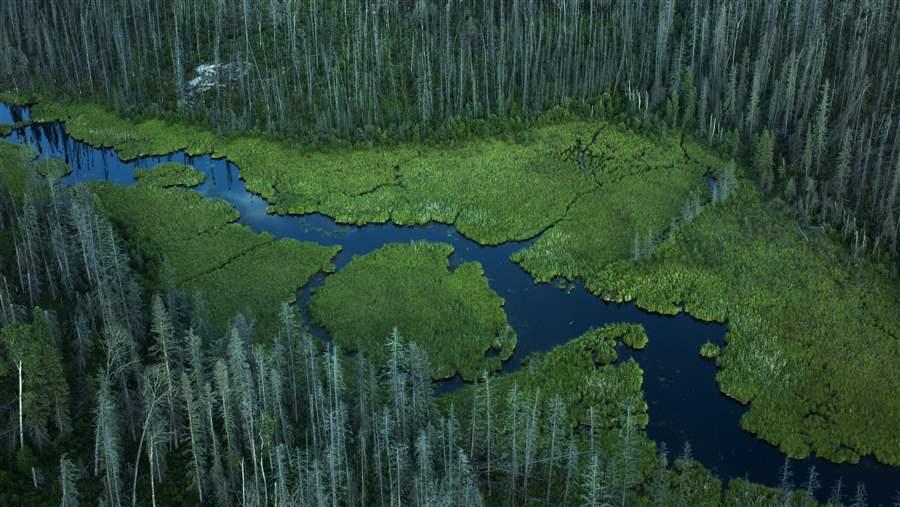 The world’s boreal and Arctic regions combined are the planet’s largest land-based storehouses of carbon—larger even than those of tropical forests.

“The government of Quebec is one of the first governments in the world to not only acknowledge the critical importance of the extensive stores of cold carbon in its northern wetlands, soils, and forests, but also to begin a process to find ways to minimize the release of that cold carbon when land is impacted by development,” says Jeff Wells, a science adviser to The Pew Charitable Trusts.

David Heurtel, Quebec’s minister of sustainable development, environment, and the fight against climate change, announced the cold carbon project at an Oct. 9 event, where Suzann Méthot of the International Boreal Conservation Campaign commended him for spearheading this important work.

Michelle Garneau, a geography professor and 2009-2014 research chair in peatland ecosystem dynamics and climate change at the University of Quebec in Montreal, is coordinating the inventory of northern terrestrial carbon stocks in the province. The effort marks a milestone in elevating the necessity of maintaining the massive store of carbon in northern regions. Manitoba and Ontario are expected to launch similar initiatives soon.

By joining their efforts, these three provinces could make a profound contribution to raising awareness about the importance of cold carbon at the United Nations Climate Change Conference in Paris next month.

Why is it so important to keep the cold carbon in boreal forests locked up?

Industrial development can impose major changes on the region’s landscapes by disrupting hydrological levels, flows, and cycles. The impact can be profound: Organic carbon stored in peat and soil can be released as greenhouse gases such as carbon dioxide and methane. The latter is especially potent and must be contained. Keeping as much of this boreal high-carbon-density landscape free from the footprint of industrial development will be a key strategy that should be employed across Canada’s north.

Other steps that are crucial to a comprehensive carbon stewardship strategy include:

Quebec’s carbon inventory may provide a model for the rest of Canada—and other nations—to follow.