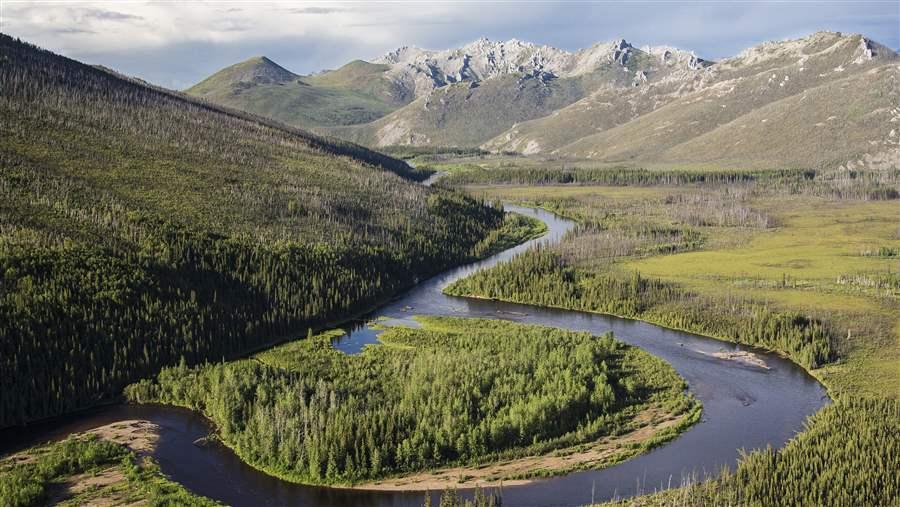 WASHINGTON—The Bureau of Land Management (BLM) today released its final four Records of Decision for management of public land in Alaska’s Eastern Interior. These plans and a final Environmental Impact Statement will guide the agency’s management of some of Alaska’s most remote and pristine public land for the next two decades. Significantly, this marks the first time that the Eastern Interior’s Draanjik area, managed by the BLM, has been included in a resource management planning process.

The Pew Charitable Trusts worked closely over the past several years with the BLM and leaders of Gwich’in tribes to ensure protection for Eastern Interior watersheds that support Alaska Native communities. The Eastern Interior region includes a vast network of the Yukon River’s watershed tributaries.

The intact Draanjik forest and wetlands support more than two dozen species of mammals, including the porcupine caribou herd, and are subject to two international treaties: one for salmon, the other for caribou. The river supports spawning populations of three species of salmon, including chinook, and is one of five known locations where sheefish spawn in the Yukon drainage.

“The Bureau of Land Management’s final plans for Alaska’s Eastern Interior strike a balance among development, conservation measures to protect critical traditional lands, and the safeguarding of habitats for important fish and wildlife.

“We applaud the BLM for listening to the public’s concerns and incorporating conservation measures into this final plan, which will benefit current and future generations.”