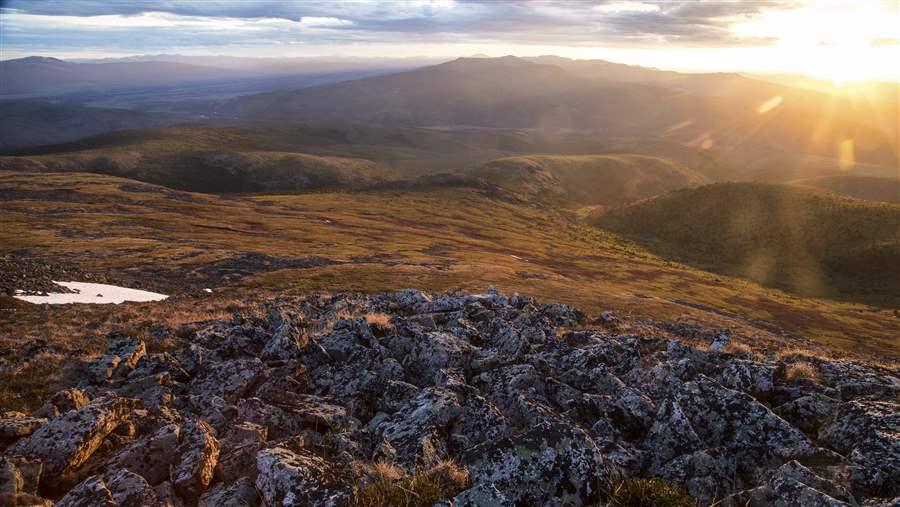 Fairbanks residents by a two-thirds margin want the Bureau of Land Management (BLM) to make recreation and conservation a priority for the nation’s public land, according to a new bipartisan poll commissioned by The Pew Charitable Trusts.  Among the key findings:

The BLM recently released a management plan for 6.5 million acres of public land in Alaska’s Eastern Interior—east of Fairbanks—that balances conservation of important fish and wildlife habitat, protection of critical traditional uses, and development. This final environmental impact statement is an improvement over a previous BLM proposal for this landscape released in 2012 that opened the entire pristine Draanjik or Upper Black River region to development. The agency’s latest plan proposes protection of important watersheds in the Eastern Interior as requested by tribal governments in the area.

The results of this survey are based on 400 random telephone interviews, dialed from a list of residents who live in the Fairbanks, Alaska, Designated Market Area.  Interviews were conducted by live interviewers reaching landlines and cellphones from July 21-27, 2016.  These results have a sampling error of plus or minus 5 percent.