For decades, people have come from near and far to marvel at Chile’s natural areas, with their rich biodiversity, awe-inspiring geologic features, and numerous plant and animal species found nowhere else. Because much of this natural wealth is vulnerable to pollution, unchecked development, and other threats, the government protected more than 21% of its land and 42% of its waters, making Chile among the world’s leaders in the percentage of its territory under protection—and inspiring a broader discussion on how conservation fits with economic development and human well-being.

In an effort to address those issues and help improve public policies in protected areas and their “gateway” communities, The Pew Charitable Trusts commissioned a study from the nonprofit research-advocacy group Conservation Strategy Fund (CSF) to compare certain economic indicators of households in protected areas with those far away.

CSF looked at a poverty index and access to electricity and running water, as well as the number of households with refrigerators (the absence of which is a key indicator of poverty in Chile) over a 20-year period, and found that in Chilean Patagonia, people living within a protected area had lower poverty rates than those far from them.

Specifically, CSF found that the establishment of a protected area covering at least 17% of a locality causes a reduction in the local population’s poverty rate—a finding that was more pronounced in Patagonia, the region that saw the most new protected areas established (eight) over the 20-year study period.

These findings are in line with previous research around the world, which found that people who live in or near healthy natural areas with clean water and flood control often have higher incomes than those who don’t, and that such areas boost local economies and improve communities’ quality of life. For example, a study published in the journal Science in 2019 looked at households near protected areas in 34 developing countries and reported that people who live near these natural spaces have higher levels of wealth and are less likely to fall into poverty than those who live far from protected areas.

Some of this research underlies the United Nations’ 2015 goals to achieve sustainable development around the world by 2030, including by linking the improvement of human well-being with the protection of ecosystems.

CSF’s latest findings, combined with prior research, make a strong case for why the Chilean government should guarantee adequate financing for managing the country’s protected areas.

Chile’s new government, which came to power in March, has the opportunity to properly protect and manage large areas of high ecosystem value while helping Chileans enhance their quality of life. The government should use this moment to adopt policies that explicitly establish protected areas as a pillar of the country’s sustainable development—and a key factor in improving the well-being of people who live in or near these areas.

CSF conducted this study for Pew by analyzing the causal relationship between protected areas and poverty in Chile. CSF employed a difference-in-differences econometric design using Census data from 1982 through 2002, taking as a dependent variable a poverty index based on questions such as whether the household has access to electricity, piped water, and a refrigerator.

Maximiliano Sepúlveda is a senior officer with The Pew Charitable Trusts’ Chilean Patagonia project and Kevin He is a principal associate with Pew’s conservation science project. 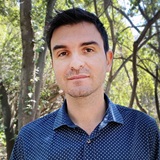 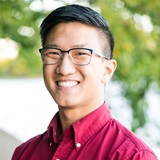