Like many countries, Chile has made strides toward gender equality in many sectors of its society but still has work to do, including in the conservation arena. Since 2002, Chile has made gender equality a cornerstone of its efforts to improve public resources management, yet significant gender gaps remain in the country’s job market, workplaces, political arena, and elsewhere.

The United Nations Development Programme’s latest Human Development Index—which evaluates countries’ progress based on various factors—ranked Chile 43rd out of 189 countries, placing it in the top 25% in terms of development overall. But on gender equality measures in that same December 2020 study, Chile was 62nd.

Chile’s government has sought to root out inequities by making gender equality a key consideration in its policies over the past two decades. Likewise, various international organizations—such as the U.N., through its Convention on Biological Diversity, and the International Union for Conservation of Nature, through its Green List of Protected and Conserved Areas—have recognized and promoted women’s rights in relation to conservation and sustainability.

To aid in these efforts, The Pew Charitable Trusts helped Chile’s forest service and protected areas agency (CONAF) hire a consultancy to provide training and other resources to remove the barriers that have prevented many women from working in national parks, national reserves, and natural monuments; in management and planning work; and in decision-making bodies focused on conservation.

The consultancy, which began working on the project Feb. 1, recently presented CONAF with its findings and a gender equality “roadmap”—a set of proposals for incorporating gender equality into protected areas’ governance and management. If followed, these recommendations—which include recognizing women as sustainers of biodiversity and avoiding actions that are detrimental to women—will help raise the bar for Chile’s protected areas and CONAF. This would help prepare the country’s national parks, reserves, and monuments to adopt the highest conservation management standards, as defined by the IUCN Green List.

These latest efforts—along with the first Latin American meeting of female park rangers, being held online Sept. 28-30—present an important opportunity to help CONAF meet its goal of improving gender equality and to expand women’s role in conservation in Chile. 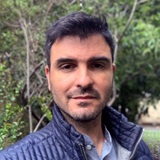