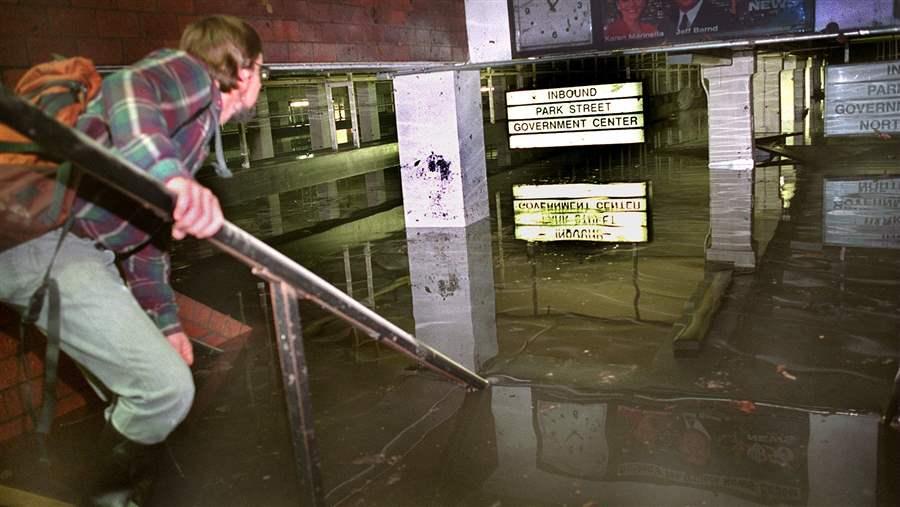 From record-breaking hurricanes to unprecedented inland deluges, the increasing losses from major flooding in the U.S. over the past several decades show that planners and policymakers continue to underestimate the risks from these extreme events. In fact, just last year, flood-related disasters caused hundreds of billions of dollars’ worth of damage across America. With lives, property, communities, and taxpayer dollars at stake, it’s time for the nation to adopt a better approach to building before natural disasters and rebuilding after them so that we can end the costly cycle of damage and repair.

Here are three key reasons why:

In 2017, the U.S. set records for cumulative losses from both billion-dollar disasters and flood-related billion-dollar events. This shouldn’t come as a surprise: Losses from flood-related disasters have increased significantly in each of the past three decades. Since 2010, those losses have added up to more than $405 billion, compared with nearly $363 billion from 2000-09 and $155 billion from 1990-99.

More extensive flooding means that more buildings and structures are in vulnerable areas, a risk that is further compounded by the deteriorating state of the nation’s infrastructure. For example, the federal government in 2016 estimated that at least 18,000 federally owned buildings and facilities with a combined replacement cost of $83 billion are located within the 100-year floodplain. When disasters strike, the federal government often pays the majority of the repair costs, sometimes paying to rebuild the same site more than once.

Research from the National Institute of Building Sciences finds that structures designed to better withstand disasters yield a high return on investment. For instance, structures that meet or exceed the latest building code requirements to deal with flooding can on average save between $5 and $7 in avoided losses for every $1 spent on upfront construction costs. In fact, elevating buildings located in areas most prone to flooding at least 2 feet above the level of a 100-year flood was found to have a return on investment ranging from nearly $7-to-$1 in states including Virginia and Georgia to upward of $20-to-$1 in Texas and Florida, and even $31-to-$1 in Alabama.

And yet federal infrastructure is still being built to meet a policy that’s more than 40 years old and allows for projects in flood-prone areas to move forward without adequate safeguards. Mounting losses underscore the need for modernized measures that incorporate tomorrow’s risk.

With the Trump administration signaling infrastructure as a top priority for 2018, it’s critical that the federal government adopt stronger safeguards before investing significant amounts of taxpayer dollars.

Better flood-risk policies would help limit damage to schools, hospitals, and other facilities

It will take months to sort out the full extent of impacts from hurricanes Harvey, Irma, and Maria, but these storms have already made this much clear: Communities and infrastructure in many parts of the U.S. are ill-prepared to handle major flooding.

Where It Rains, It Floods

Last year tied the record for the most billion-dollar natural disasters in the U.S. While no one knows what extreme weather will bring in 2018, Americans across the country should be ready for flooding, based on the frequency and magnitude of such events over the past decade. A look at the Federal Emergency Management Agency database of Disaster Declarations over that span reveals two particularly telling themes.