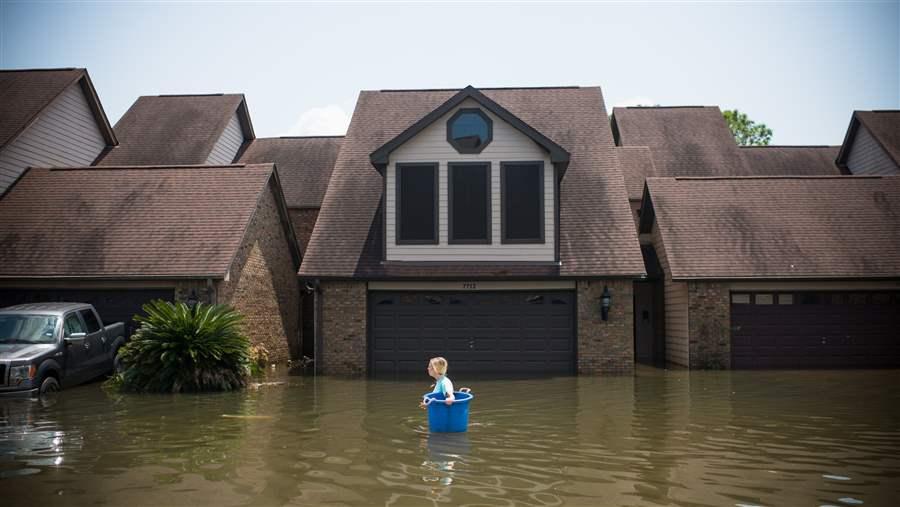 Jenna Fountain carries a bucket down Regency Drive to try to recover items from her flooded home in Port Arthur, Texas, Sept. 1, 2017.

The most common and expensive natural disasters in the United States involve flooding, costing an estimated $768 billion in losses since 2000, according to the National Oceanic and Atmospheric Administration. Last year, the devastation caused by inland flooding and powerful hurricanes was compounded by aging infrastructure that suffers from years of neglect.

Outdated development guidelines also leave communities vulnerable to extreme weather. In too many instances, structures and infrastructure are built without serious thought given to risk and potential damage from future storms. This leads to a costly cycle of damage and repair following repeat flooding.

This cycle can be broken without jeopardizing or slowing down recovery. Multiple states and thousands of localities have already strengthened their building requirements in vulnerable areas. Americans support such actions by a wide margin: A poll released in April 2017 by The Pew Charitable Trusts found that 82 percent of registered voters support requiring that all federally funded infrastructure in flood-prone areas be constructed to better withstand the impacts of flooding.

It’s long overdue for the federal government to adopt this modern, flood-ready approach. Doing so can better protect infrastructure, homes, and businesses, and save taxpayer dollars.

Small businesses are central to the country’s economy, providing goods and services while creating jobs and encouraging community growth. Small businesses also often find themselves at the forefront of the impacts of extreme weather events, including flooding.