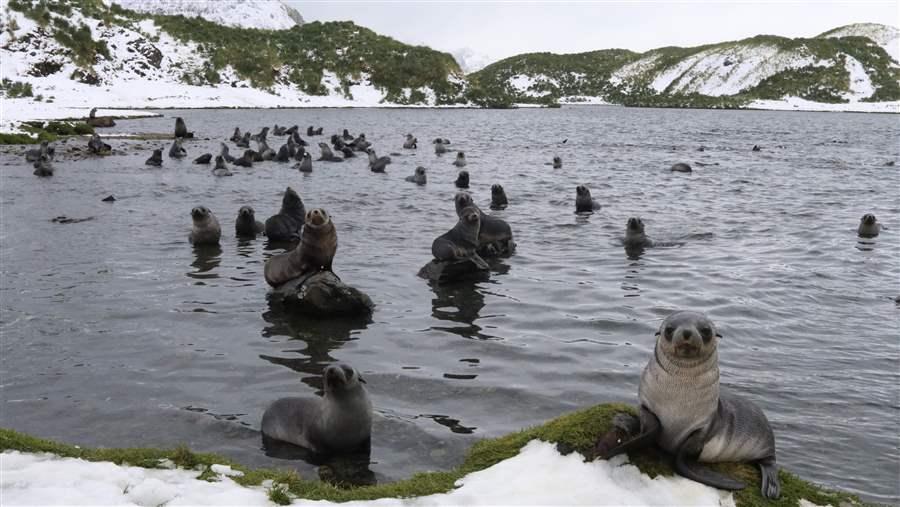 On an expedition to South Georgia Island, a member of The Pew Charitable Trusts’ staff explored the natural and cultural history of this remote, rugged place—home to one of the highest concentrations of wildlife on Earth. Three blog posts chronicle his journey and observations.

Part One: Near the End of the Earth, an Ecosystem Makes a Tenuous Comeback

Remote, windswept, and inhospitable to humans, South Georgia and the South Sandwich Islands harbour biodiversity and a cultural history worthy of protection.

In 1788, some 13 years after British explorer Capt. James Cook landed on South Georgia Island in the South Atlantic Ocean, the first sealer arrived. By 1825 an estimated 1.2 million fur seals had been killed for their pelts, and by 1912 the fur sealing industry had come to an end, with the species almost wiped out on South Georgia.

Part Three: Penguins as Far as the Eye Can See

South Georgia and the nearby Sandwich Islands are home to one-quarter of the penguins on the planet, as well as tens of millions of breeding pairs of other seabirds and an abundance of seals and whales—two animals that were nearly wiped out by hunting here in the 1800s and 1900s.