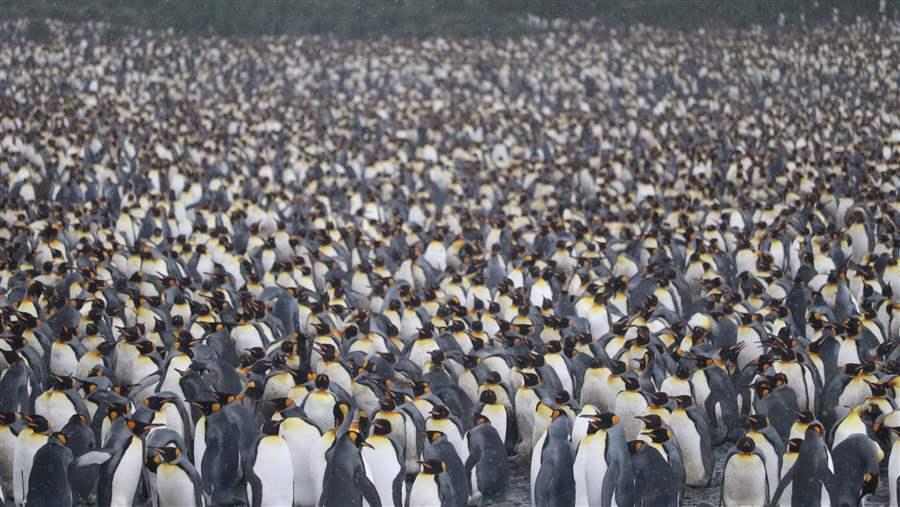 Hundreds of thousands of king penguins jostle for position on Salisbury Plain.

This is the last in a series of three posts on the author’s journey to South Georgia and the South Sandwich Islands. He joined representatives from other ocean conservation groups to explore the unique land and marine ecosystems of the islands. Read the other posts here.

As I stepped from the 15-foot (4.5-metre) rubber Zodiac onto the shore of Salisbury Plain, on South Georgia, I could not stop smiling. Before me, hundreds of thousands of king penguins went about their business, cooing, feeding, snapping, and otherwise doing what tuxedoed flightless birds do when they amass on a windswept island near the bottom of the Earth.

South Georgia and the nearby Sandwich Islands are home to one-quarter of the penguins on the planet, as well as tens of millions of breeding pairs of other seabirds and an abundance of seals and whales—two animals that were nearly wiped out by hunting here in the 1800s and 1900s.

An expedition to explore history and wildlife

I arrived in South Georgia by boat in February, in the austral summer, representing the Pew Bertarelli Ocean Legacy Project on a 12-day expedition with a group of conservationists and government and media representatives. We came here to learn more about the cultural and natural history of the islands, information that could help with decisions on how to conserve them in the future. These ecosystems face increasing threats from climate change, with glaciers retreating at a rate of up to 1 metre (3.3 feet) per day, and water temperatures and acidity levels in the Southern Ocean increasing at the highest rate on the planet. Such shifts could affect the availability of food—for example, by forcing the migration of prey species—or could accelerate the evolution of new diseases that threaten native animals. 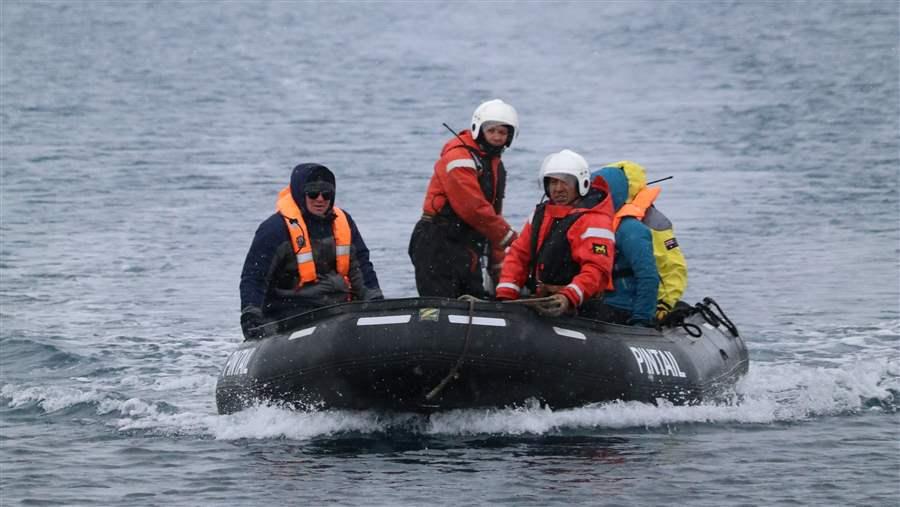 Journeys from the Pharos SG to Fortuna Bay and Salisbury Plain were taken on the Pintail, a support boat.

For now, the penguins are staying put. As much as I had anticipated my first sight of a huge king penguin colony, I was still frozen in awe at the spectacle, and even more taken aback by the olfactory impact of such a dense concentration of life—a unique smell which stung the nostrils.

The nearby birds were inquisitive both on land and in the sea: Before we even landed, they were circling our boat as they came and went from foraging trips for lanternfish, squid, and krill.

A sea of penguins

On shore, the muddy horde stretched as far as the eye could see, a black, white, and yellow mosaic broken only occasionally by skuas and petrels hoping to scavenge a dead or weak juvenile penguin. I strained to comprehend how adults find their partners and chicks within such a mass of bodies, but apparently they do—at least sometimes: Scientists say the divorce rate among king penguins hovers around 80 percent, likely because birds choose the best available mate soon after arriving at their breeding sites, instead of waiting for the prior season’s partner.

Before departing, we visited a colony of macaroni penguins on the steep slopes of Willis Island. South Georgia is home to an estimated 1 million pairs of these yellow head-dressed birds, the most abundant of all penguins on the island, although their numbers have fallen by half over the past 30 years. They are so named because their colourful head feathers invoke the outlandish dress of highly fashionable ‘macaroni men’ in 18th-century London. As dusk fell, penguins returning from feeding on krill waddled up the steep climb to their nests. 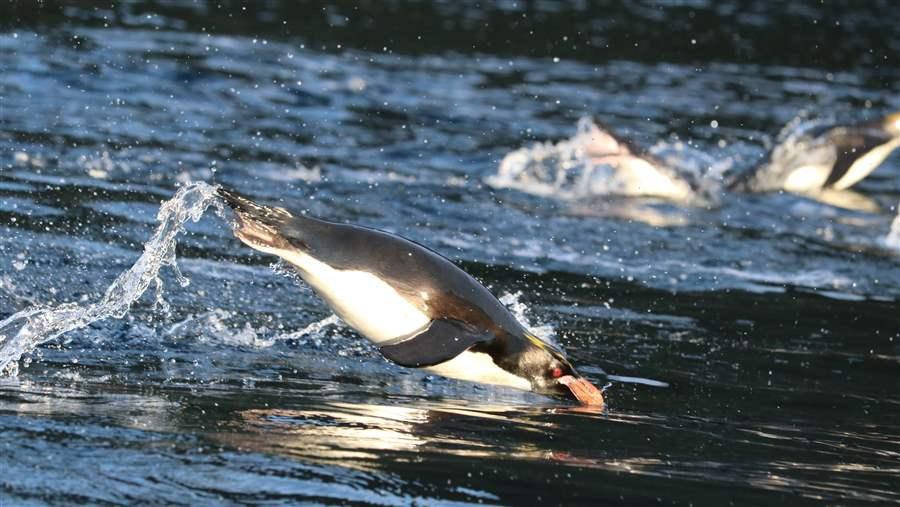 A macaroni penguin returns to its nest on Willis Island. 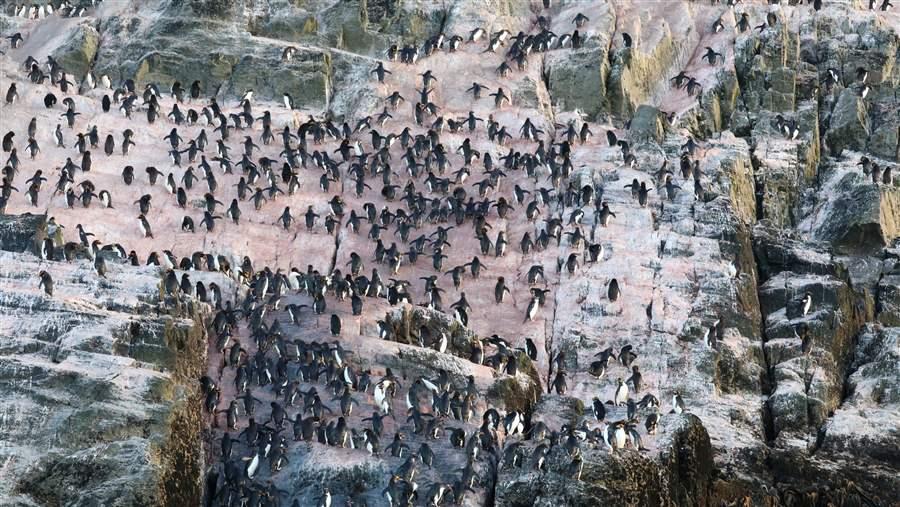 One of our final ports of call before returning to the Falkland Islands was Bird Island, which is approximately 3 kilometres long and lies off the northern tip of South Georgia. The tiny island holds some of the highest concentrations of wildlife in the world, with a bird or seal every 1.5 square metres on average. The British Antarctic Survey operates a research station here, where a staff of four tracks seabird and seal populations. Two of the scientists guided us up a grassy bank to a wind-buffeted hilltop. On the way up the path, we were serenaded by the song of the South Georgia pipit—the world’s most southerly songbird and a bird found only on South Georgia. Once at the summit, we were confronted by wandering albatrosses on the nest. 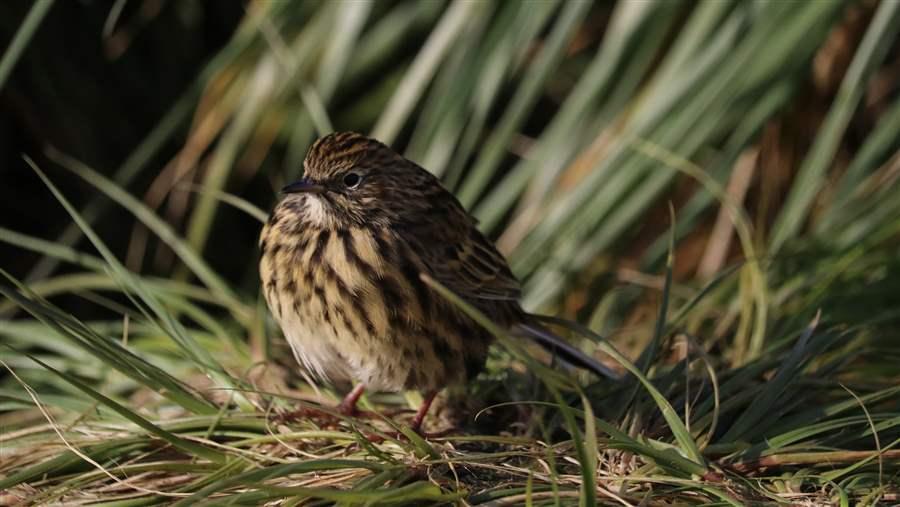 The world’s most southerly songbird, the endemic South Georgia pipit.

The wandering albatross has the largest wingspan of any living bird—2.5 to 3.5 metres (8 feet 3 inches to 11 feet 6 inches)—and can live for up to 50 years. Some individual wandering albatrosses are known to circumnavigate the Southern Ocean three times a year, covering more than 120,000 kilometres, or nearly 75,000 miles.

South Georgia is a critical breeding site for albatrosses, home to 12 percent of the global breeding population of black-browed and wandering albatrosses and 40 percent of the global breeding population of grey-headed albatrosses. Yet since 2006, populations of those three species have fallen by 18, 19, and 43 percent, respectively. Researchers believe this is due to birds being caught on fishing lines far beyond South Georgia’s waters. On Bird Island, individuals are tagged and monitored, but the fate of the species may ultimately hinge on fishing bycatch prevention measures thousands of kilometres away. 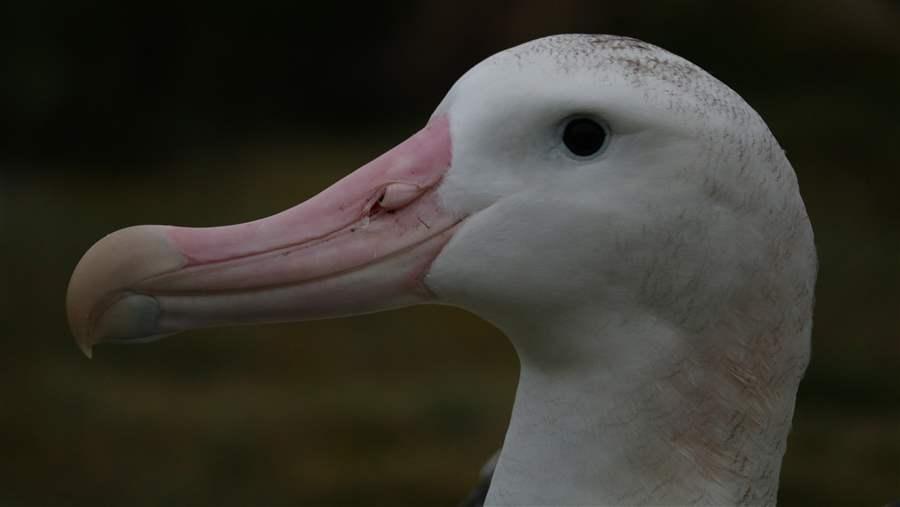 A wandering albatross on Bird Island. The albatross has the largest wingspan of any living bird, ranging from 2.5 to 3.5 metres (8 feet 3 inches to 11 feet 6 inches). 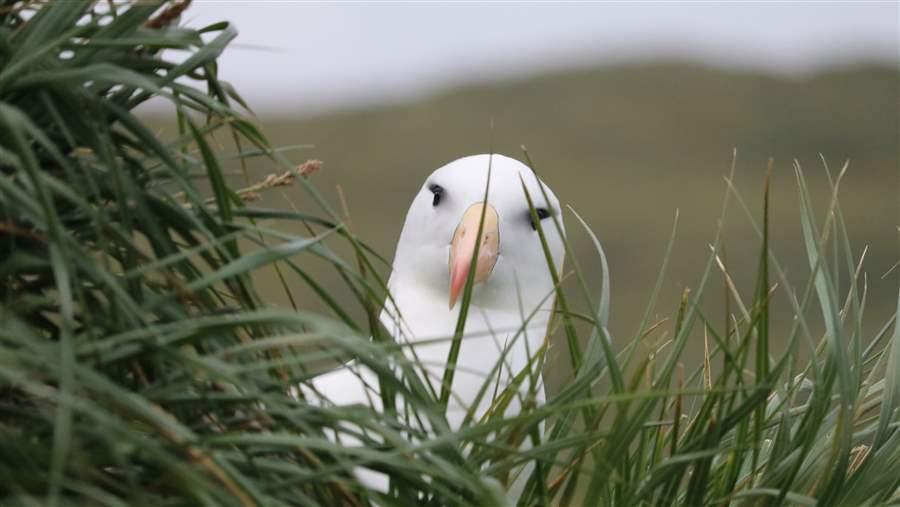 South Georgia is a global breeding site for the black-browed albatross, on Bird Island, but numbers have declined by 18 percent from fishery bycatch.

A hopeful, but uncertain, outlook

In the immediate area and in the near term, at least, there is hope for the ecosystem and the species that depend on it. In 2012, the Government of South Georgia and the South Sandwich Islands established a marine protected area covering the entire maritime zone of the overseas territory, 1.07 million square kilometres (413,129 square miles). Restrictions within the protected area ensure that the government is taking precautionary steps to manage the environment, and officials go to great lengths to sustainably manage the over 8,000 tourists who visit South Georgia each year.

It is clear, however, that the enhanced management of tourism and fisheries over the coming years will be imperative if the U.K. is to keep South Georgia on the road to recovery. Climate change, in particular, poses a significant threat to the region. Krill, the crustacean which underpins the health of the entire ecosystem, is under stress from melting ice and warmer and more acidic waters. As such, the future of South Georgia and the South Sandwich Islands’ biodiversity is uncertain.

The government is set to review the marine protected area in 2018 and has the opportunity to enhance conservation measures throughout the waters of South Georgia and the South Sandwich Islands. Especially in these uncertain environmental times, that would be an important step toward protecting this jewel of biodiversity in the polar crown.

Johnny Briggs works on the Pew Bertarelli Ocean Legacy Project’s efforts in the U.K., based in London.

In 1788, some 13 years after British explorer Capt. James Cook landed on South Georgia Island in the South Atlantic Ocean, the first sealer arrived. By 1825 an estimated 1.2 million fur seals had been killed for their pelts, and by 1912 the fur sealing industry had come to an end, with the species almost wiped out on South Georgia.&nbsp;