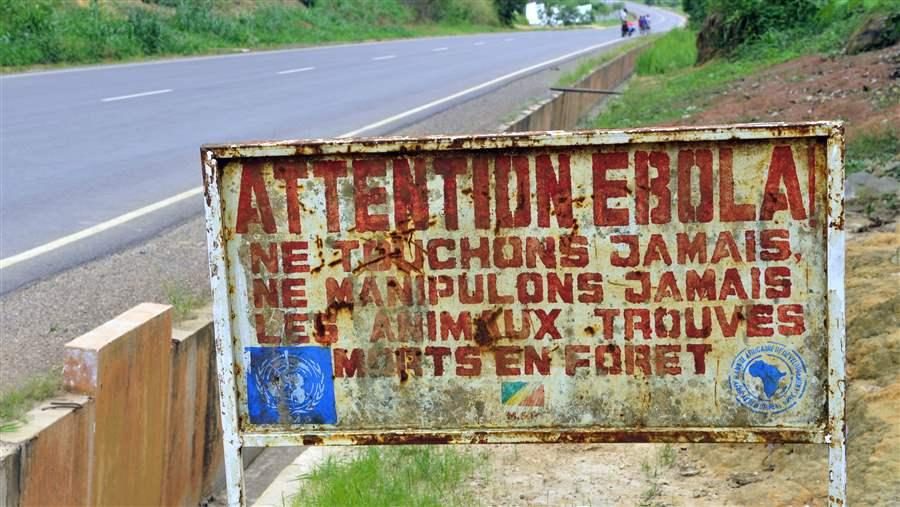 Kristian Andersen, a 2016 Pew scholar, set out to determine why the recent Ebola epidemic was different from previous outbreaks

In late 2013, the Ebola virus began spreading through a small village in the West African nation of Guinea following human contact with an animal, likely a fruit bat. This was the start of what turned out to be the most widespread of all recorded Ebola outbreaks, resulting in 28,646 confirmed and suspected cases of illness, and 11,323 recorded deaths.

The unprecedented outbreak left a devastating toll on the social and economic infrastructure in West Africa, but it also forever changed the perspective from which virologists and epidemiologists study and track infectious diseases.

Kristian Andersen, a 2016 Pew scholar and a professor at The Scripps Research Institute in La Jolla, California, set out to determine why the recent epidemic was different from previous Ebola outbreaks. Specifically, his team wanted to figure out exactly how the virus spread so rapidly—and why it had such devastating effects on the people infected.

Ebola is in a category of viruses that are especially prone to mutations because they lack the ability to correct mistakes during replication. This means that a virus such as Ebola can rapidly change as it spreads, for example, by evolving into a more deadly virus. That is the scenario that appears to have played out during the epidemic in West Africa.

But how? As described in a paper in the recent issue of Cell, a peer-reviewed scientific journal focused on the life sciences, Andersen and his group found what could be the smoking gun: a mutation—dubbed the GP-A82V mutant—on a particular type of protein, the viral receptor glycoprotein, in samples of the virus from the epidemic. This mutation increased the ability of the virus to infect human dendritic cells, the type of immune cells that the Ebola virus uses to make copies of itself.

Andersen and his colleagues next used sequencing techniques to document how the virus had evolved. They learned that the GP-A82V mutation was first detected before the exponential rise in Ebola cases and that this strain rapidly overtook other versions of the virus.  In their experiments, the researchers found that the mutant version was better able than other versions to enter the dendritic cells. And it could infect cells from primates more readily than those from other types of animals. Together, these findings demonstrate the virus’s adaptive changes as the epidemic unfolded. Those changes, then, may have been responsible for the virus’s deadliness and rapid person-to-person spread.

Indeed, patient information gathered during the epidemic confirms the virulence of this particular strain, and its especially harmful effect on human health. Andersen’s work highlights the need for early and vigorous surveillance of viral infections. In future outbreaks, this type of work could lead to earlier interventions that target relevant mutations and more effectively curb the spread of deadly infections.

Kara Coleman, Ph.D., manages Pew’s biomedical programs, which include the biomedical scholars, the Pew-Stewart scholars for cancer research, and the Latin American fellows.