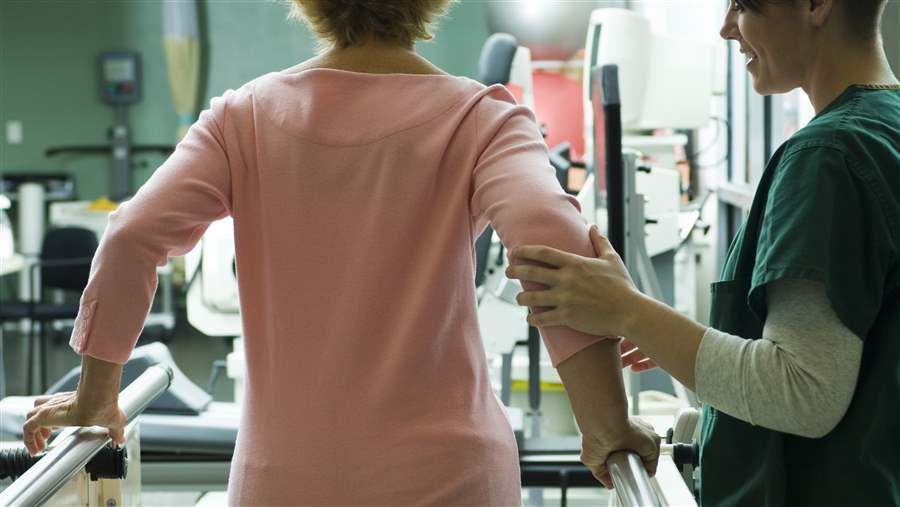 A growing body of research indicates that exercise confers health benefits to the brain.

There is no question that exercise does the body good: Physical activity can increase muscle strength and agility while promoting healthy weight and good heart function. Now, a new study on mice, conducted by 2014 Pew fellow Matias A. Alvarez-Saavedra, Ph.D., adds to a growing body of evidence that regular exercise confers more than just physical benefits—it could also have tremendous impact on the health of the brain.

In the October issue of Cell Reports, Alvarez-Saavedra and colleagues described how mice with an underdeveloped region of the brain called the cerebellum, which plays an important role in muscular activity, greatly benefited from exercise therapy. Without any intervention, these mice suffered from a progressive loss of bodily movements and weight, had trouble walking, and only lived around 25 to 40 days. And at the cellular level, the nerve cells within the cerebellum of these mice also exhibited structural defects.  However, when the mice were given the opportunity to regularly run on an exercise wheel, they were able to live more than 12 months—an astonishing result, suggesting that running was critical to their long-term survival. Mice that ran also had improved motor function and body weight, and were able to maintain these improvements as long as they continued to engage in regular physical activity.

To determine exactly how exercise helped the mice, Alvarez-Saavedra examined their brains. He found that exercise had stimulated a nerve protein called the VGF growth factor, which then triggered the formation of a substance called myelin—a protective coating around nerve fibers—in the cerebellum. Myelin stabilizes nerve cells and protects them from harm, which could explain why the exercising mice were so much healthier. Alvarez-Saavedra then delivered VGF proteins to sedentary mice suffering from brain damage and found health benefits similar to those from exercise. While past studies have shown that exercise can help promote the genesis of new nerve fibers, this work is among the first to elucidate any effect of exercise on damaged nerves. This study is also the first to identify the critical role of VGF in the brain’s healing process, and it points to great potential for VGF’s therapeutic use for preventing or treating the debilitating effects of neurodegenerative conditions such as multiple sclerosis and Alzheimer’s disease.

Alvarez-Saavedra worked on this study while completing his doctoral training with David Picketts, Ph.D., at the University of Ottawa, Canada. He is currently a postdoctoral fellow in the lab of Danny Reinberg, Ph.D., at the New York University School of Medicine where is he supported by the Pew Latin American Fellows Program in the Biomedical Sciences.

Charles Rice, Ph.D., a molecular virologist at Rockefeller University and 1986 Pew biomedical scholar, will receive the 2016 Lasker-DeBakey Clinical Medical Research Award on Sept. 23 for his role in finding an effective treatment for hepatitis C, an infectious disease that afflicts more than 130 million people worldwide and contributes to 700,000 deaths annually. Rice devised a system to grow the hepatitis C virus in laboratory settings, allowing scientists to study its replication and ultimately invent medication that eliminates these infections in about 90 percent of patients.