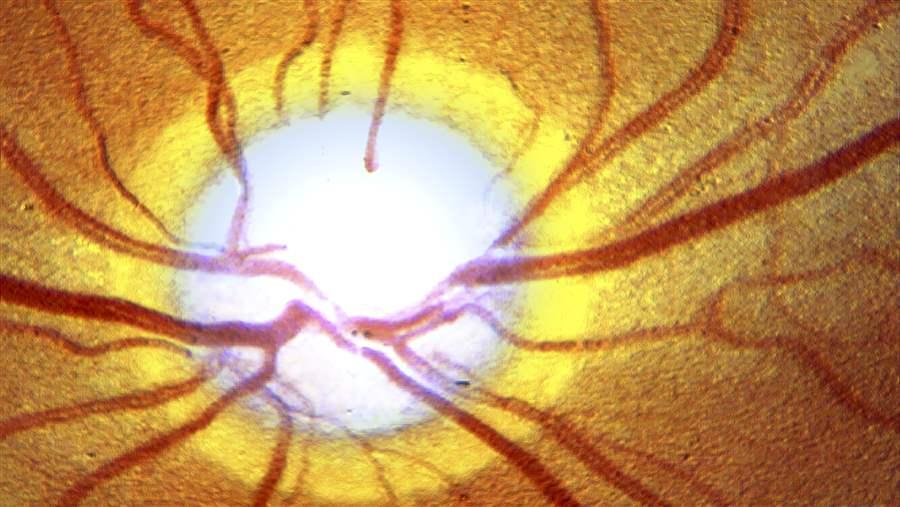 The researchers adopted a combined approach that uses both genetic and visual stimulation to enhance neural activity.

For decades, researchers have thought that damage to nerve cells in the central nervous system of humans and other mammals was irreversible. But today, new research by Andy Huberman, a 2013 Pew scholar and associate professor of neurobiology at Stanford University, has upended that theory—and sparked a revolution in the way that scientists study nerve regeneration.

Glaucoma, for example, is a condition marked by fluid pressure in the eye that eventually causes vision loss. With this eye disease, the retinal ganglion cells—which collect visual information from our surroundings and send it to the brain for processing—suffer the most harm. Huberman and his colleagues set out to explore ways to help these cells regrow and reconnect to the brain.

The researchers adopted a combined approach that uses both genetic and visual stimulation to enhance neural activity. They activated common growth mechanism in cells, called the mTOR signaling pathway, in the severed retinal ganglions of mice and also repeatedly exposed the damaged eye to high-contrast oscillating black-and-white images. The researchers discovered that this regimen was able to trigger the once-injured retinal cells to regrow optic nerve fibers along damaged pathways to the brain, giving the mice limited eyesight.

Huberman’s research demonstrated for the first time that repaired retinal ganglion cells, when treated with combination therapy, have the capacity to re-establish connections to the brain to restore vision. This is just the beginning: Ocular repair and strategies to correct diseases like glaucoma may well lead to treatments for other causes of blindness and for neurodegenerative diseases that affect other parts of the body and brain, offering hope to millions of afflicted people worldwide.