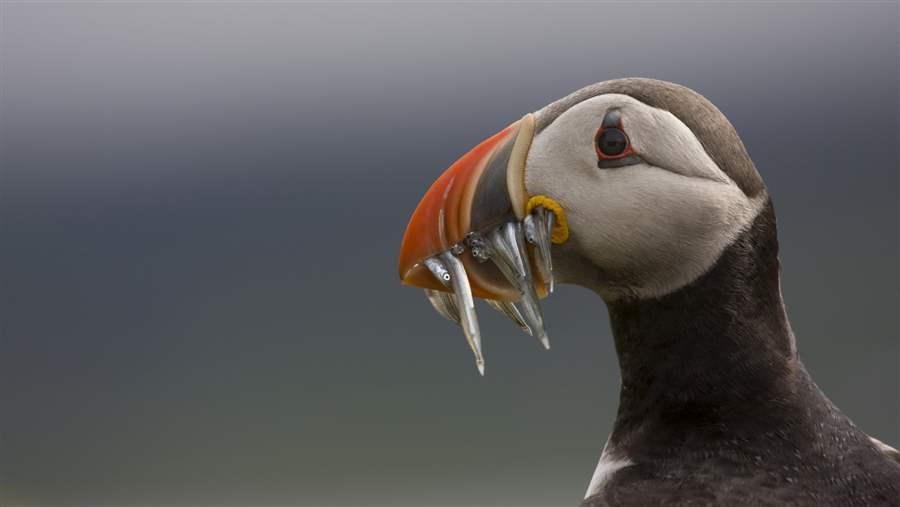 Science indicates that setting aside marine reserves may help ocean species such as the Atlantic puffin manage better in changing ecosystems.

Of the designation, the president said, “Marine areas already have enough to worry about, with overfishing and ship traffic and pollution. … The more of those threats that we eliminate through conservation, the more resilient those ecosystems will be to the consequences of climate change.” This focus on reducing nonclimate stressors is an approach that scientists Malin Pinsky and Nathan Mantua recommend to help increase fisheries’ resilience to climate change.

Research increasingly shows that climate change is already having measurable effects on ocean ecosystems across the globe. For instance, William Cheung of the University of British Columbia and his co-authors found that, from 1970 to 2006, catch composition—the mix of species caught by fishermen—in most ecosystems slowly changed to include more warm-water species and fewer cool-water species (except in the tropics, where the diversity of fish species is declining).

The new monument is the first in U.S. Atlantic waters, an area where scientists are studying how fisheries respond to changing temperatures. In the nearby Gulf of Maine, stocks of cod, once critical to New England’s fishing economy and still key to the ecosystem, are at 3 to 4 percent of sustainable levels. An article in Science by lead author Andrew Pershing, chief scientific officer at the Gulf of Maine Research Institute, showed that rapid warming of the Gulf’s waters—99.9 percent faster than the global ocean between 2004 and 2013—contributed to the cod population’s decline and failure to recover even after fisheries managers limited catches.

The Atlantic puffin is among the species that call the new protected area home. Recent research, led by Steve Kress of the National Audubon Society, found that warming waters have disrupted the region’s food web, causing some fish to become less available to the birds and reducing the survival of their chicks. The new monument not only provides a sanctuary where puffins can feed when they move out to sea in the winter, but it may also protect adult fish that seed the region’s fish stocks and provide food for puffin chicks hatched on nearshore islands in warmer months.

Protected areas such as the New England and Hawaii monuments can help sustain healthy populations of fish, seabirds, and other animals and are vital to marine conservation in a world that is undergoing dramatic shifts in ocean conditions.