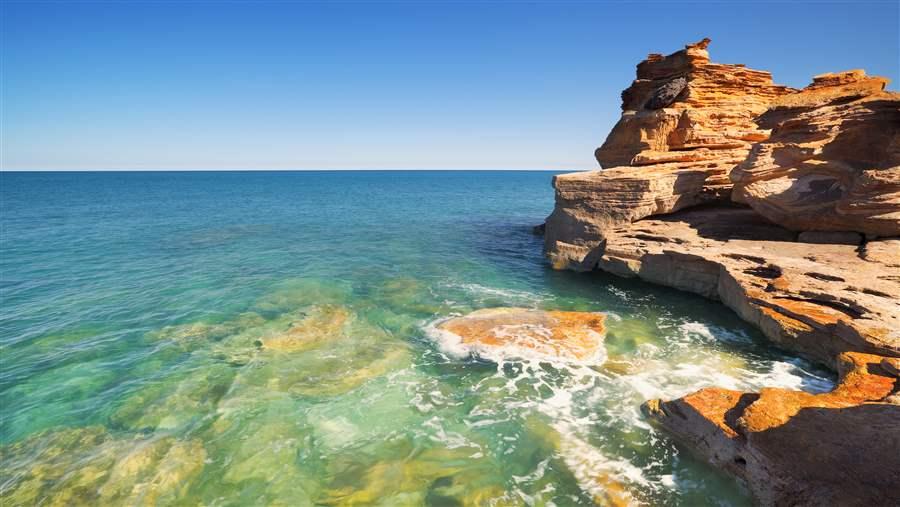 The Western Australian Government has revealed the final, enormous section that makes up the Great Kimberley Marine Park.

The proposed North Kimberley Marine Park will cover 1.8 million hectares (almost 7,000 square miles), stretching from north of Broome to the Northern Territory border. With hundreds of offshore islands, big mangrove forests, and more coral diversity than the Great Barrier Reef, the North Kimberley Marine Park will be one of the crown jewels in the Great Kimberley Marine Park. And with 21 percent of this park set aside as sanctuaries—zones that protect marine life while prized fishing experiences continue in surrounding waters—it will nearly double the amount of such protected areas in Western Australian waters.

The North Kimberley is the last of five marine parks proposed by the government. The first park, Camden Sound, was created in June 2012, followed seven months later by another at Eighty Mile Beach. A similar plan for Roebuck Bay and Horizontal Falls was released last year.

Stretching from Horizontal Falls in the south through Camden Sound and across to the Western Australian and Northern Territory border, the Great Kimberley Marine Park would be the second-largest state marine park in all of Australia, ranking just behind the Great Barrier Reef. Aside from the polar regions, it’s one of the most intact, pristine, and biodiverse coastlines remaining on the planet.

The North Kimberley draft management plan will be open for public comment until May 20. During this time, we hope policy leaders will listen to Australian scientists who have concluded that the Western Australian Government should increase the amount of area protected as sanctuaries. These high levels of protection for this extraordinary coast, along with a ban on destructive gillnets, are also supported by local recreational fishers and tourism operators.

A park this great deserves nothing less than our best efforts at preservation.