The world's largest nursery ground for humpback whales and globally significant reefs have been protected for the future, the Pew Environment Group said today following the Western Australia Government's announcement to finalize its plans for a marine park at Camden Sound on the Kimberley coast.

Under the revised plan for Camden Sound, ‘no-take' sanctuaries will protect key reefs within the new park. Camden Sound, located 160 kilometres north of Derby, is one of the Kimberley's largest bays. The area and surrounding waters host the largest humpback whale nursery in the world. It is home to an estimated 22,000 mother whales and young calves during Western Australia's winter months.

Montgomery Reef, within the Sound, has at least 400 square kilometres of coral and algal reefs that support large populations of fish, turtles, dugongs, sharks and saltwater crocodiles.

“The Kimberley coast is as special as the Great Barrier Reef, but it does not have anywhere near the same level of protection. To date, less than 1 percent of the stunning Kimberley marine ecosystem has been safeguarded,” Carey said. “Premier Colin Barnett and Environment Minister Bill Marmion acknowledged community concerns by increasing sanctuary zones of the proposed designation to protect vital coral reef areas in the new park. This is a significant move toward ensuring a long-term conservation legacy for the Kimberley coast. Fully including Traditional Owners in a properly negotiated and well-funded shared management approach will be an essential part of the success of this great initiative.”

The next key step needed by the Western Australian Government is to further develop marine protection across all Kimberley waters in a Greater Kimberley Marine Park, managed cooperatively with Traditional Owners, which would be the second-largest in Australia after the Great Barrier Reef.

“We are excited about the vision of the Premier and Environment Minister for the Greater Kimberley Marine Park and look forward to working with the Government to make this a reality. The designation of this area—driven by strong science and including a network of fully protected sanctuaries—would further strengthen Australia's international leadership in marine conservation,” Carey said. 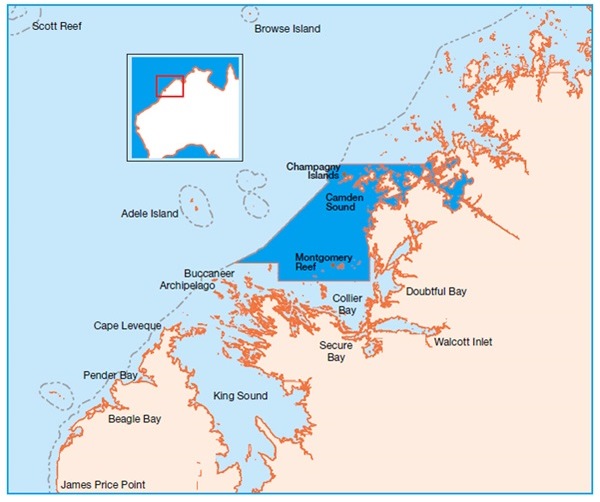