It’s tough to be a shark. Approximately 100 million are killed each year, far surpassing the mortality levels that can be sustained by these ancient, slow-growing species. Whether targeted for their fins or caught as bycatch, sharks face extreme fishing pressures and their populations are dwindling almost everywhere they are found.

However, the tide may be turning. In recent years, countries have shown new levels of ambition and groundbreaking cooperation in efforts to better protect these iconic animals. Among the examples are the trade restrictions on porbeagle, oceanic whitetip, and three species of hammerhead sharks and both species of manta ray that came with their listing on Appendix II of the Convention on International Trade in Endangered Species of Wild Fauna and Flora (CITES), as well as new prohibitions on retention of species such as oceanic whitetip sharks in tuna fisheries worldwide. 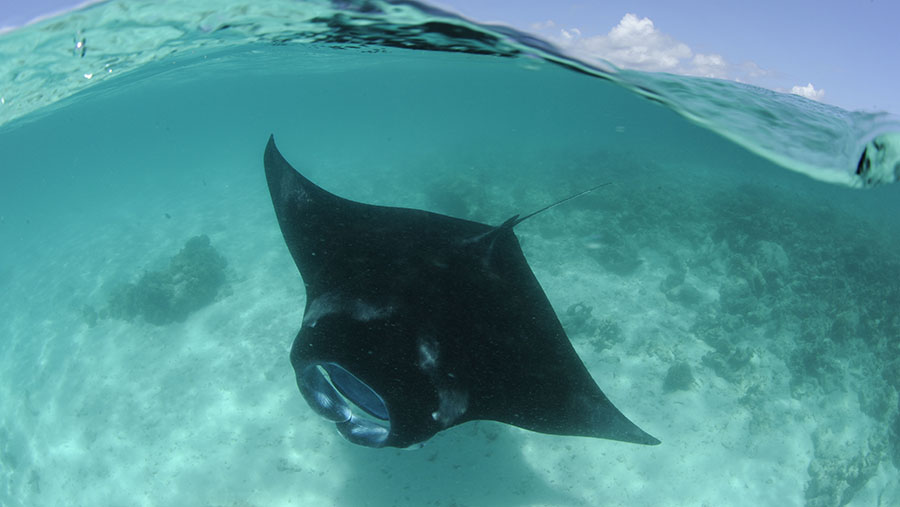 Additional progress includes the 2014 listing of 21 species of sharks and rays on the Convention on the Conservation of Migratory Species of Wild Animals (CMS) and the declaration of 12 shark sanctuaries, most recently around the Dutch Caribbean islands of Bonaire and Saba. Today, unprecedented efforts are underway to implement both the CITES and CMS obligations, demonstrating a strong global willingness to safeguard these species for future generations.

In September, over 200 delegates from around the globe gathered in Tel Aviv, Israel, for the 28th meeting of the CITES Animals Committee. There, they discussed the conservation and international trade of endangered and threatened animals, including sharks, which have become a core part of this wildlife convention’s crucial work. For two days, delegates in the shark working group discussed efforts to implement the Appendix II trade restrictions. 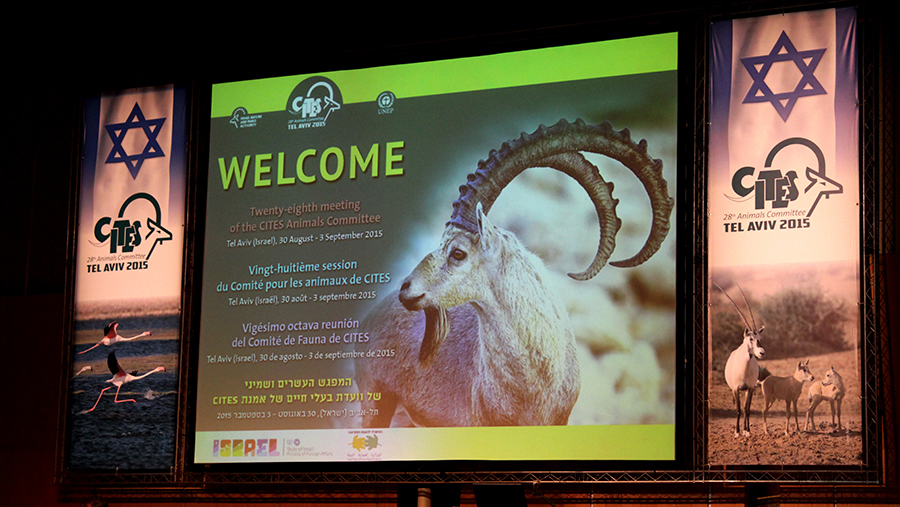 Attendees to the 28th meeting of the CITES Animals Committee in Tel Aviv, Israel, receive a warm welcome.

The topics discussed included the series of shark and ray identification training workshops that have taken place around the world to help governments enforce the listings, as well as guidance on development of non-detriment findings (NDFs), the critical analyses needed before international trade in listed species can be conducted. Delegates also identified areas for improvement, recommending that countries share their NDFs on the CITES Shark Portal to provide guidance to other Parties looking to trade listed species in a legal, sustainable manner. 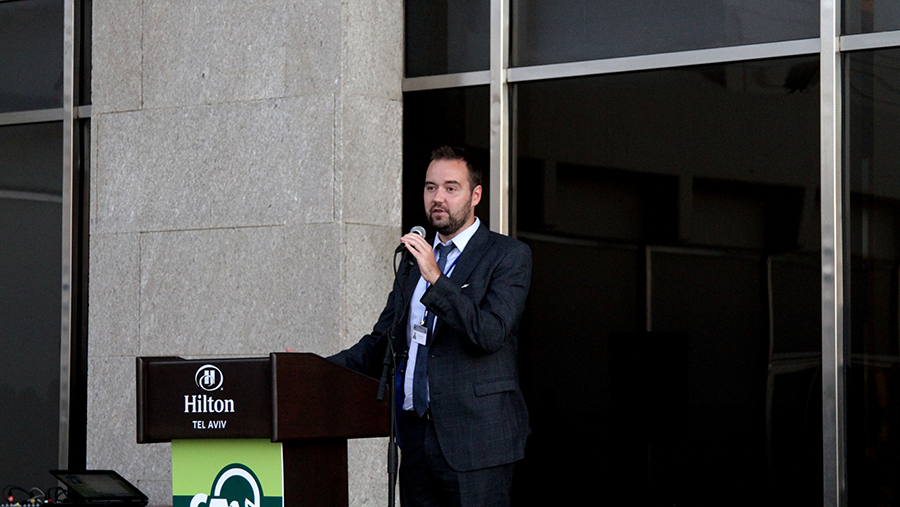 Pew’s Luke Warwick addresses the CITES Animals Committee attendees during a side event sponsored by the global shark conservation campaign.

Members of Pew’s global shark conservation campaign, joined by leading shark identification and trade experts, have traveled the world to help ensure that all countries that want to hold workshops on proper implementation of the CITES listings receive the support they need. Pew has led in development of and hosted large regional CITES training workshops in Fiji and Sri Lanka. More than 10 governments attended each session and agreed to regional priorities and commitments. In addition, Pew has held enforcement training workshops in Hong Kong, Panama, and Peru, while supporting meetings in India, Brazil, and Colombia.

Many governments have seen the evidence of global shark declines and acknowledge the need to meet their CITES obligations. They understand the bottom line: Whether for tourism or the environmental benefits sharks bring, these animals are worth more alive than killed for use as steaks, fish and chips, or shark fin soup. 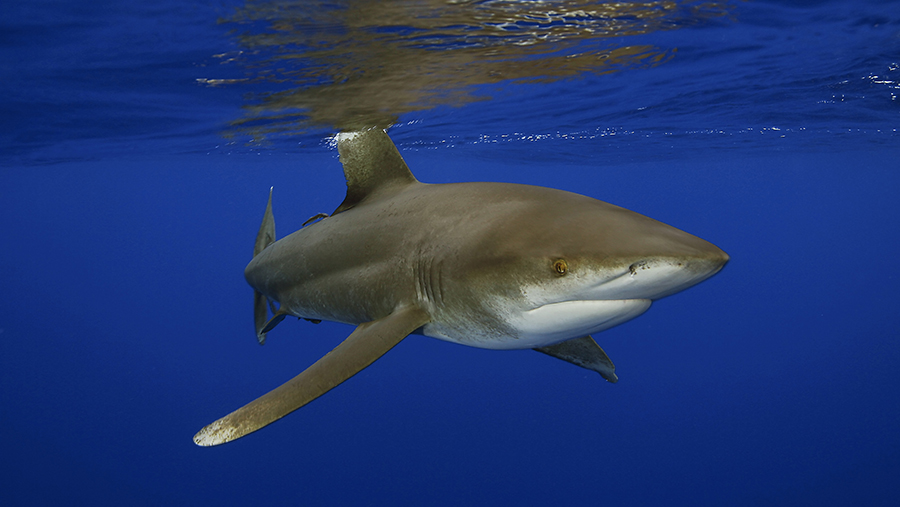 The world of shark and ray conservation has changed dramatically since the CITES listings were adopted in 2013. Hong Kong is now regulating the shark fin trade for the first time. Indonesia has declared its waters a manta sanctuary. The United Arab Emirates and India have banned all shark fin exports. These actions demonstrate that CITES Parties are taking the listings seriously, and Pew will continue to assist every step of the way. 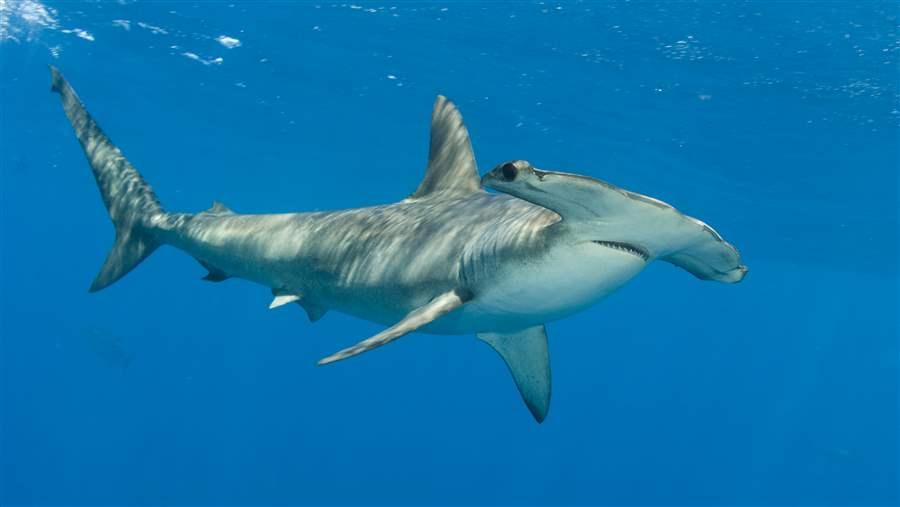 There is still much work to be done. Currently, no catch limits exist for sharks caught on the high seas. In addition, the demand for fins continues to drive the high, unsustainable level of shark trade. Still, many governments are recognizing the need to save sharks and rays from extinction.

Because of that, we can have hope.