The Sri Lankan Department of Wildlife Conservation and The Pew Charitable Trusts co-hosted a workshop July 30 and 31 in Colombo, Sri Lanka, on implementation of the new Appendix II listings for sharks and manta rays under the Convention on the International Trade in Endangered Species of Wild Fauna and Flora (CITES). 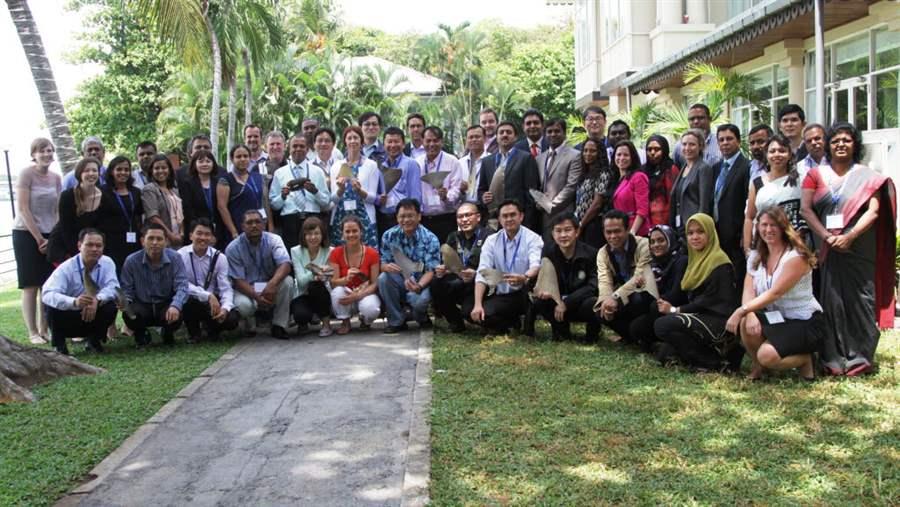 Attendees at the regional workshop hosted by Pew in Sri Lanka on the implementation of sharks in CITES.

“We feel more confident now because through this training, we know that we can identify the shark and manta ray species under CITES through the inspection of the dried shark fin and the ray gill plates,” said Lawrence Kissol Jr. from the Department of Fisheries in Sabah, Malaysia. “I can see that we can work closely, not only at the national level, but also with the other countries, especially the other CITES member countries, in conserving our sharks and rays.”

The workshop focused on the requirements countries need to satisfy to successfully implement Appendix II listings.  This requires each country to develop a scientific assessment showing that continued trade is not likely to be detrimental to the species and to also prove that the species was legally acquired. If these two things cannot be proven, trade must stop. The attendees discussed how to issue permits when trade is shown to be sustainable and legal, and they learned to identify the shark fins and manta ray gill plates—the most common internationally traded products from these newly listed species, to ensure that these species are not being traded without the required permits.

The Sri Lankan workshop was part of a series of intergovernmental meetings that Asian governments are convening to prepare for the upcoming Sept. 14, 2014, deadline to implement the new CITES Appendix II listings. A previous session took place in China in May, and an additional workshop is scheduled for India in August. This level of international cooperation in global shark management is unprecedented, and it will not only help secure proper protections for these shark and ray species, but it will also guarantee that all shark fisheries are better understood and managed.

“It was very exciting to see countries in the region cooperating on the implementation of shark and ray listings,” said Imogen Zethoven, director of Pew’s global shark conservation campaign. “It really shows how CITES is already working to ensure that these shark species are sustainably managed wherever they are found.