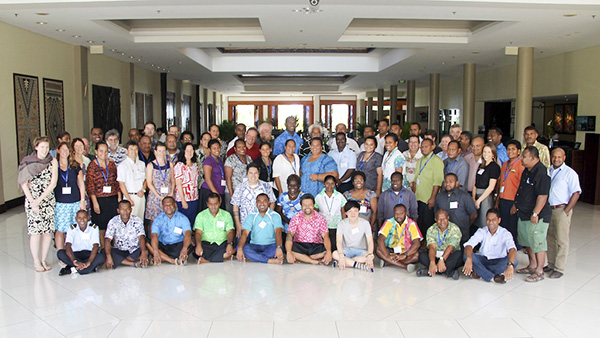 NADI, FIJI (March 5, 2014)—On Feb. 11 and 12, more than 60 people from nine countries met to develop a plan to implement the new Appendix II listings for sharks under CITES, the Convention on the International Trade in Endangered Species of Wild Fauna and Flora, which will have ramifications for the future of the shark fin trade in the Pacific.  The workshop was hosted by the Fiji Department of Environment, The Pew Charitable Trusts, and the Coral Reef Alliance.

All eight CITES parties in Oceania—Australia, Fiji, New Zealand, Palau, Papua New Guinea, Samoa, Solomon Islands, and Vanuatu, plus one non-party, Kiribati—attended the meeting. Additionally, the workshop brought together regional and international experts with decades of experience in CITES, fisheries management, environmental advocacy, and shark conservation to provide advice to the governments.

At the workshop, participants discussed the obligations countries must meet in order to successfully implement Appendix II listings and ensure sustainable trade in these species.  This requires the development of non-detriment findings, which are scientific assessments that determine if continued trade in a species is sustainable or if it will threaten the species with extinction. If so, trade must stop. The countries also discussed how to issue permits when trade has been shown to be sustainable. 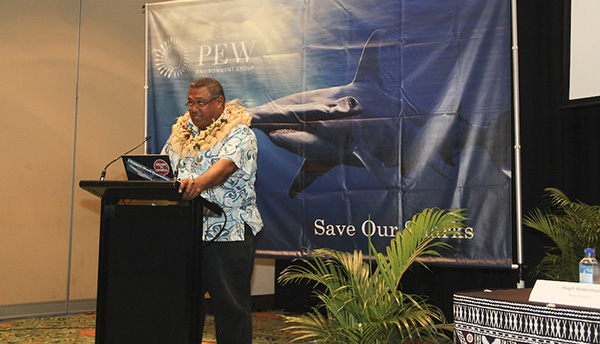 The countries agreed that non-detriment findings are unlikely for oceanic whitetip sharks (Carcharhinus longimanus)and both species of manta rays (Manta birostris) due to their current vulnerability and existing  measures, such as the Western and Central Pacific Fisheries Commission retention ban for oceanic whitetip sharks  and the Appendix I listing by the Convention on Migratory Species for giant oceanic mantas.  When the Appendix II listings go into effect on Sept. 14, 2014, trade in these two species will be prohibited in 19.2 million square kilometers of ocean, an area the size of China and the United States combined.

Workshop participants made it a priority to establish better data for hammerheads—preferably on a regional level, and regional funding is needed to implement these listings as soon as possible. The Australian and New Zealand governments, as Oceania representatives on the CITES Standing and Animals Committees respectively, will request funding for research and capacity building from the CITES Secretariat.

Countries are also coordinating with Pew and Dr. Demian Chapman to schedule training assistance for shark fin identification, so that the new protection measures can be easily enforced. 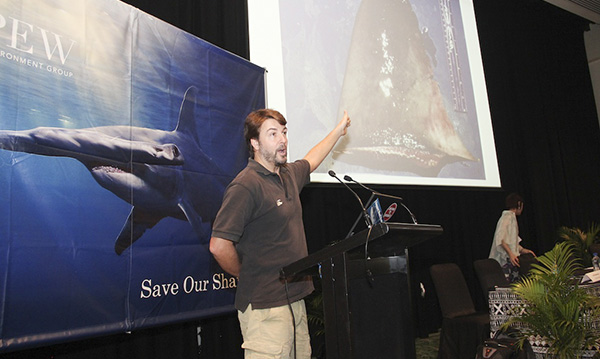 Dr. Demian Chapman provides guidance to the Fiji implementation workshop on how to identify shark fins.