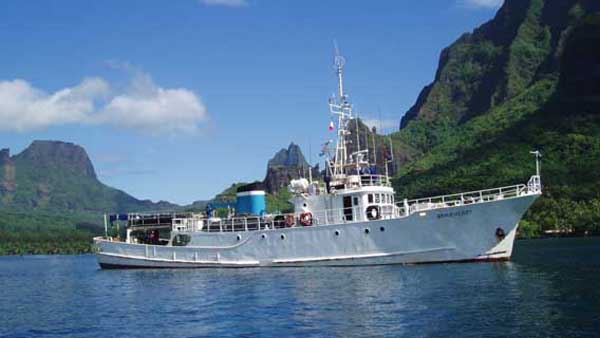 The Braveheart, shown at anchor in Moorea, French Polynesia, will be our home during the expedition.

For the next three weeks, join me as I travel with a team of leading scientists to explore the marine environment of French Polynesia’s Austral and Gambier islands in the southern Pacific Ocean.

During the expedition, we will examine the biodiversity of these waters to better understand how they compare to other areas in the South Pacific, such as the remote Pitcairn Islands and the Kermadecs off New Zealand’s North Island.

This is a great opportunity for me as a staff member for The Pew Charitable Trusts’ Global Ocean Legacy project. The project has been working with local communities, governments, and scientists around the world to promote the concept of large-scale marine reserves to protect unspoiled ocean environments such as these three.

Expectations are high that the expedition, led by New Zealand’s Auckland Museum, will result in the discovery of known species not previously found in these waters as well as the possible discovery of species previously unknown to science. The findings will contribute to ongoing research to better understand connections among the marine species of northern New Zealand and the southern Pacific. This research builds on Auckland Museum expeditions in 2011 and 2013 to the Kermadec and Three Kings islands. 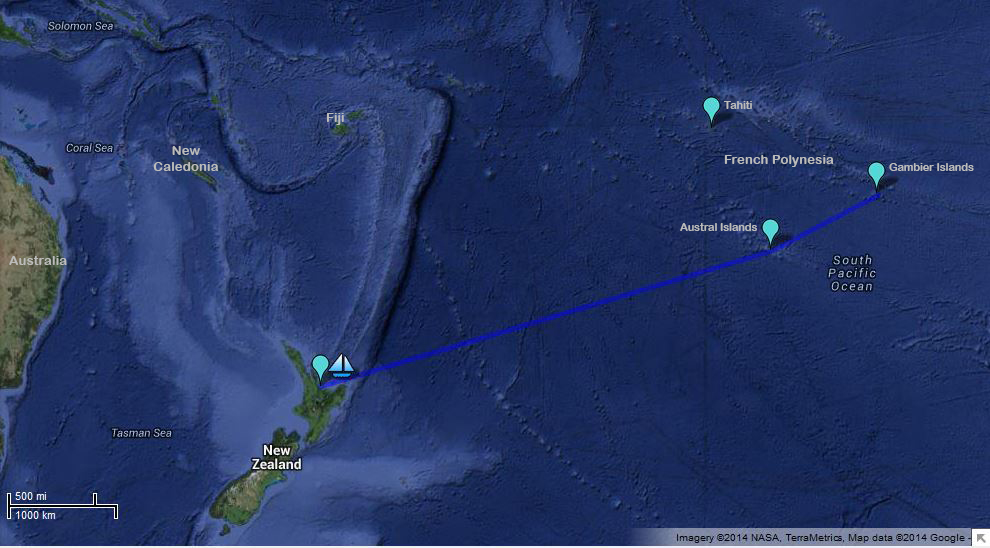 Our voyage in the Pacific Ocean will take us between Tauranga in New Zealand and the sampling sites in French Polynesia.

Our crew will depart from the port of Tauranga in northern New Zealand aboard the research vessel (RV) Braveheart. We will make an eight-day journey across the ocean before we reach land again in French Polynesia and begin our sampling. If all goes according to plan, we will spend a few days sampling in the waters off each of the Austral and Gambier islands, including stops at the subtropical reefs of Rapa Iti, Morotiri, the submerged Neilson Reef, the reefs around the islands of Morane, Mangareva, and Temoe, and the submerged reef of Banc Portland.

An exciting journey of discovery awaits. I look forward to embarking on this voyage across the southern Pacific and being among the first scientists to explore in depth the connections among French Polynesia, the Kermadecs, and other Pacific regions. You can follow our progress at www.pewtrusts.org/pacificdiscovery.