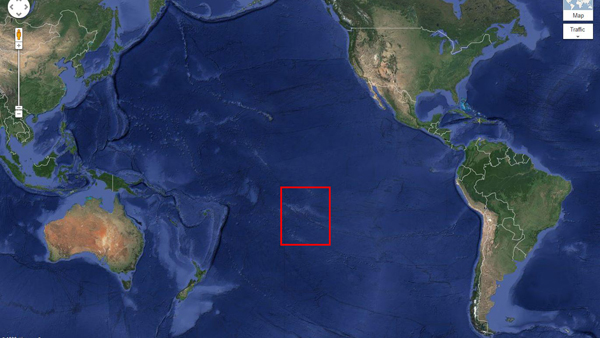 From this perspective, French Polynesia is just a spec in the Pacific Ocean.

Where you live in the world can make a big difference in what you know about French Polynesia. As a New Zealander, I would like to think that I know a bit about the South Pacific. Even so, I did not know much about the geography of French Polynesia before I began planning for this expedition.

When I was offered the opportunity to explore the waters surrounding the southern islands of French Polynesia, I immediately said, “Yes!” This was quickly followed by a search for a map to figure out exactly where I was heading. The main things I knew were that these islands were north of New Zealand and had a tropical climate.

So, I headed to an online map and typed in the name of the first island on our itinerary: Rapa Iti. What I found was a small spec surrounded by a lot of blue ocean. Interestingly, Rapa Iti’s latitude is 27°S—similar to New Zealand’s northern Kermadec Islands. I kept zooming out until I found a recognizable point of reference on the map. I had to zoom out so much that the island was no longer visible.

Until this point, I had not realized that French Polynesia is made up of many islands—118 to be exact. Of those, just 67 are inhabited. The waters surrounding them, known as the exclusive economic zone, span a vast area of about 5 million square kilometres (1.9 million square miles). 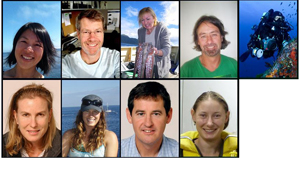 Four experts from the Australian Museum and five from New Zealand make up our nine-person scientific team. This is a great group of people with a broad range of expertise. I know it will be very interesting to voyage with them.