The genetic basis of phenotypic variability can be studied in inbred yeast, flies, and mice by the systematic study of traits in many genetic backgrounds where each attribute can be assessed and used for genome-wide association studies (GWAS). This strategy can be applied for the discovery of novel genes involved in basic biology or to understand the phenotypic variability observed in patients. This is particularly relevant for rare disorders, where patients sharing identical mutations can present with a wide variety of symptoms but the number of patients is too low to ensure the statistical power of GWAS. This strategy has several advantages, including: 1) Inbred strains are homozygous for each locus; 2) their single nucleotide polymorphisms catalogs are known and freely available, facilitating the bioinformatics and reducing the costs of the study, since it is not required to genotype every animal; 3) it is possible to replicate the measurements in genetically identical individuals, reducing the environmental effects.

Currently we are focusing on the understanding of basic aspects of lysosomal biology and in lysosomal-related diseases: In terms of basic research, we are uncovering evolutionary conserved expressed QTL (eQTL) networks of lysosomal genes by using data derived from several organisms. Furthermore, we are performing a yeast screen for identifying novel genes involved in the cell biology of the vacuole. In applied research, we are modeling diseases in several inbred mouse and fly lines, analyzing their phenotypic variability, and using it to map genes and to study their responses to drugs (precision medicine). We are focusing on the lysosomal Gaucher and Niemann-Pick C diseases, and Parkinson’s disease. In addition, we are studying families of patients bearing identical genetic mutations but presenting with different disease severity, including asymptomatic people. We are particularly interested in uncovering the modifier genes of asymptomatic patients, since they may hold the molecular secrets for treating symptomatic patients. In conclusion, we are using systems biology strategies, where we integrate animal models and human clinical phenotypes with genetic data, transcriptomes, cell biology, and other observations to understand biology and design novel therapies customized for each patient.

As an Innovation Fund investigator, Klein and his lab are teaming up with the lab of Patricio Olguín, Ph.D., to collaborate on a project to uncover the genetic differences that cause the wide spectrum of symptoms seen in Parkinson’s disease. Klein is a geneticist who develops strategies to identify genes and biomarkers of metabolic diseases, while Olguín uses flies as a model organism to study the genetic bases of neurological disorders. Among the factors that may explain the variations among Parkinson’s patients are modifier genes, which influence the expression of other genes. In their joint venture, Klein and Olguín will probe the network of modifier genes in a fly model of Parkinson’s to help explain the range in symptoms among patients. Their work could identify new targets and aid in the development of personalized therapies for this debilitating disease. 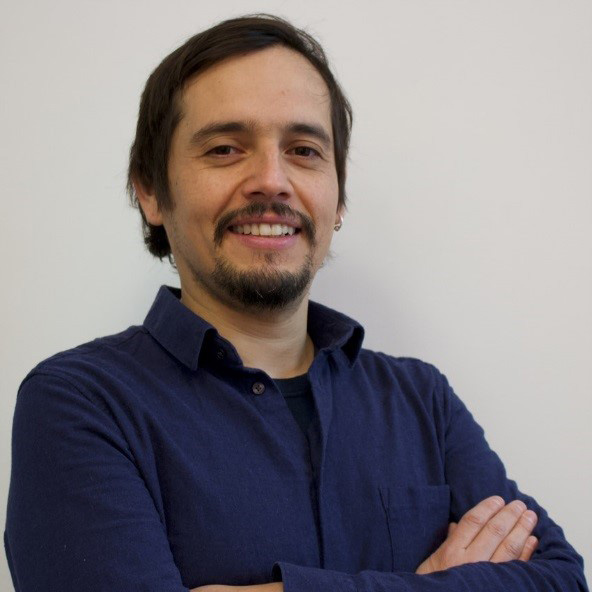 Submit an update to this directory entry for Andrés D. Klein, Ph.D.