The goal of our research is to understand protein biogenesis, the production of functional proteins by the cellular machinery. A number of molecular machines work together in this process: The ribosome puts together the building blocks to form long protein chains, "translating" the genetic information. Molecular chaperones help the "folding" of these protein chains into specific shapes that are necessary for protein function. Many essential proteins, including antibodies and hormones such as insulin, must then cross cell boundaries to reach their cellular destination. This "translocation" is powered by molecular motors within our cells that somehow push or pull the relatively large protein through the cellular membrane without accidentally allowing other small molecules to slip in or out at the same time. We are using laser tweezers, a tool to tug and pull on single molecules, to watch proteins being synthesized, folded, and translocated. At the same time, we measure the forces involved in these processes, such as the forces required to move a protein across a cellular membrane. Direct observation of individual molecules at work has proven to be extremely powerful for investigating how they operate. Because so many essential cell functions hinge on the smooth operation of the protein biogenesis machinery—and flaws in the process have been linked to disorders such as neurodegeneration, cancer and diabetes—our findings could lead to novel treatments for restoring central cellular activities.

As an Innovation Fund investigator, Christian Kaiser, Ph.D., is teaming up with Sarah A. Woodson, Ph.D., to study how repeat RNAs and their complexes with proteins cause neurotoxicity and neurodegeneration. The expansion of specific RNA sequences is associated with around 30 fatal neurodegenerative disorders, including Huntington’s disease. It has been recently discovered that these expanded RNA repeats can co-assemble with RNA-binding proteins into toxic structures. However, it remains uncertain how these biological molecules come together and in turn damage neurons. Furthermore, tools that are currently available to parse out the complexity of these interactions are limited. The pair will combine expertise from Woodson’s research in RNA-folding and Kaiser’s work in single-molecule spectroscopy techniques to develop a new platform for studying and visualizing how toxic RNA structures are formed in real time. This collaboration may reveal novel mechanisms on how these structures are first initiated and contribute to toxicity in Huntington’s disease, work that has the potential to reveal new ways to think about treatment for an incurable illness. 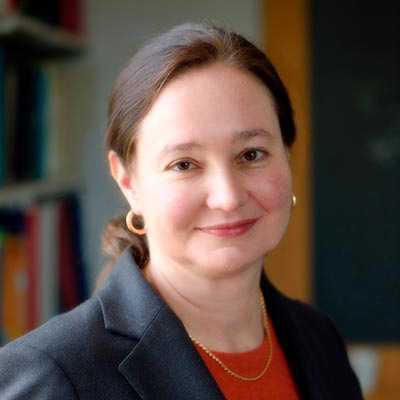 Submit an update to this directory entry for Christian M. Kaiser, Ph.D.