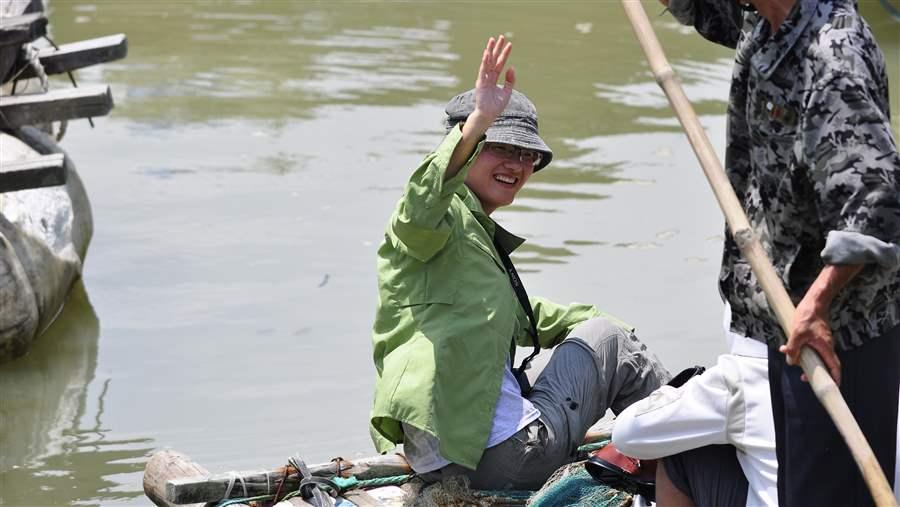 Wuying Lin will study threatened marine wildlife in South China to better understand and identify strategies to mitigate illegal trade of these species.

Wuying Lin will use ecological research; field, consumer awareness, and market surveys; and policy analyses to document the population and health of exploited marine species in South China, the major threats they face, and the consumer attitudes and policy weaknesses that promote poaching.

Illegal trade in wildlife is a major threat to many endangered marine species, such as sea turtles, corals, horseshoe crabs, and giant clams, in South China and Southeast Asia, where these animals are used in luxury products and traditional medicines. Pressure from poaching is particularly strong in the South China Sea because of low enforcement capacity, limited public awareness, high demand, and insufficient conservation policy. A lack of data on exploited species has hampered conservation efforts in the region. This project aims to help fill these gaps.

Lin’s work will promote understanding of the population status and habitat situation of selected illegally traded marine wildlife in South China and will create monitoring guidelines and a website to allow volunteers to upload observations. She will also develop a public education program to raise awareness about the seriousness of wildlife poaching in China.

To learn more about Wuying Lin, read her bio.

Submit an update to this directory entry for Wuying Lin