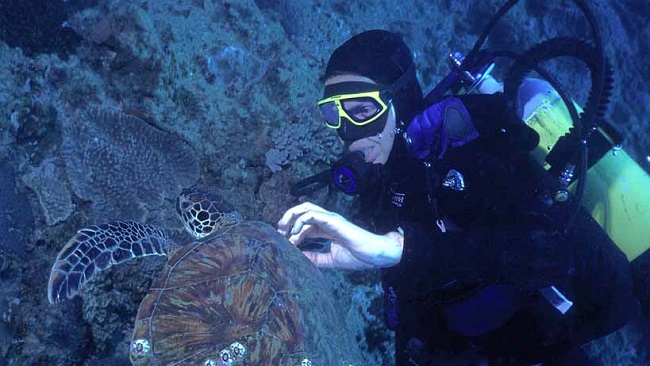 Ronel Nel will study leatherback and loggerhead turtles in South Africa to test the applicability of the “refugee species” concept to marine conservation and inform conservation planning.

Ronel Nel will study two sea turtle species in South Africa, the South Western Indian Ocean leatherback (Dermochelys coriacea) and loggerhead (Caretta caretta), to determine whether their populations have been displaced from suitable habitats by human activities or changing climatic conditions. Displaced migratory populations on land, sometimes called “refugee species,” may be unable to recover their population sizes when in inappropriate or low-quality habitat, despite adequate protections, and Nel will compare the two turtle species’ habitat use and population dynamics to test whether this concept can be applied to marine environments.

Scientists and conservationists often cite the presence of rare or threatened species as a reason for designating certain natural areas for protection. Though well intended, these recommendations may overlook situations in which certain species or populations are in those locations as refugee species and are therefore unable to thrive even when such protections are in place.

Nel will reconstruct the demographic histories of the sea turtles using a combination of contemporary, historical, and genetic data and will deploy satellite tags and conduct field surveys to collect critical information about the health of their populations.

To learn more about Ronel Nel, read her bio.

Submit an update to this directory entry for Ronel Nel, Ph.D.