PHILADELPHIA—The Pew Charitable Trusts announced today the six pairs of researchers who will make up its 2018 class of Innovation Fund investigators.

The recipients are building research partnerships to address some of the most challenging questions in human biology and disease. Their research specialties bridge areas from neuroscience and immunology to metabolism and microbiology, and they will bring their unique perspectives and expertise to biomedical quests that cannot succeed with a single scientific discipline.

“Many cutting-edge discoveries emerge when scientists from different backgrounds and viewpoints combine their knowledge,” said Rebecca W. Rimel, president and CEO of The Pew Charitable Trusts. “We’re excited to encourage these collaborations among our biomedical program alumni to pursue scientific advances and improve human health.”

The Innovation Fund leverages the diverse community of nearly 1,000 biomedical researchers that Pew has invested in since 1985 through its programs in the United States and Latin America. Pew’s annual meetings and reunions for these scientists have helped them form connections and generate ideas for collaborative investigations.

The fund’s award criteria were developed to spark and fuel interdisciplinary projects, encouraging past participants in Pew’s biomedical programs to collaborate on new proposals. All alumni holding assistant professor positions or higher are eligible to apply for the award, which is supported by the Kathryn W. Davis Peace by Pieces Fund. The first Innovation Fund teams were named in 2017.

This year’s Innovation Fund teams and research projects are:

Drs. Chapman and Hanein will investigate the structure of proteins needed for cellular membrane fusion.

Drs. Jacobs-Wagner and Fikrig will study the biological relationship between Lyme bacteria and ticks.

Drs. Klein and Olguín will analyze the genetics of Parkinson’s disease variability.

Drs. Rawls and Farber will evaluate the influence of nutrients and microbes on glucose sensitivity.

Drs. Ringstad and Ramanathan will examine neural sensing and behavioral responses toward pathogens. 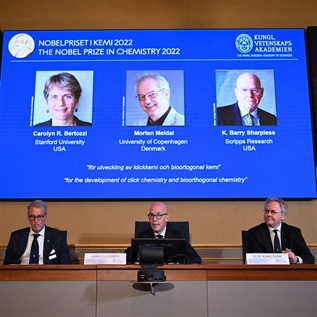