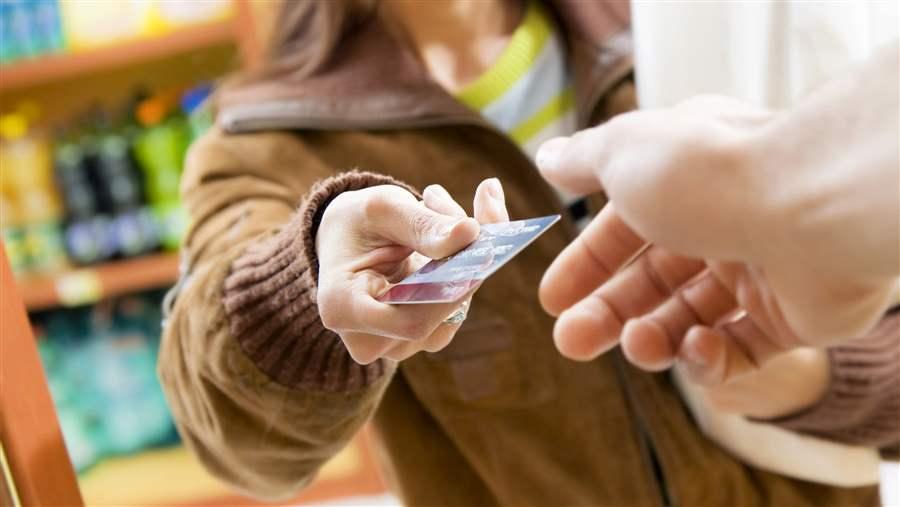 WASHINGTON—Most of the largest U.S. banks continue to charge high, and often multiple, fees each time a customer incurs an overdraft. Additionally, more than 2 in 5 banks rearrange transactions in a manner that maximizes overdraft fees. Further, overdraft programs at a selection of small banks throughout the country are comparable in many respects to those at the large banks, with a few notable differences. These are among the key findings of two new analyses from The Pew Charitable Trusts: “Consumers Need Protection From Excessive Overdraft Costs” and “How a Set of Small Banks Compares on Overdraft.”

“The prevalence of fee-based overdraft programs at both large and small banks underscores the need for new policies to prevent ‘courtesy’ overdraft programs from being costly and unsustainable forms of short-term credit for many financially vulnerable consumers,” said Nick Bourke, director of Pew’s consumer finance project. “Regulators should set reasonable limits on overdraft fees and help banks create new small-credit options for those who want them.”

Pew reviewed disclosures from the 50 largest banks (by domestic deposit volume) and bank revenue data as reported to the Federal Deposit Insurance Corp. Key findings include:

In addition, Pew found that many small banks also tend to offer fee-based overdraft programs, with most of those charging $28 to $36 per occurrence and most allowing consumers to incur multiple fees per day. However, transaction reordering, which is common among large banks, is rare among the small banks studied.

The study used a rigorous process to randomly select and examine small financial institutions of various sizes. Pew analyzed disclosures from 45 small banks across the country that each hold $360 million to $1 billion in deposits and generally have no more than 30 branches. Although the sample is not representative of all small banks nationally, the findings do highlight practices that are common among many of these institutions and similar to those at large banks, with a few key differences. Specifically, Pew’s analysis found that:

Prior Pew research found that many consumers do not recall opting in to overdraft coverage; that most would rather have transactions declined than pay stiff overdraft penalties; and that many of the most financially vulnerable consumers pay the most fees when overdraft essentially becomes, for them, an expensive form of small-dollar credit. To limit the negative financial impact of overdraft fees on the account holders who incur them the most, Pew urges regulators to revise federal rules to ensure that overdraft programs are transparent and designed only for infrequent and accidental occurrences using any or a combination of the following: