This report finds that many consumers still express confusion and disapproval about bank overdraft practices and the rules surrounding them. Despite federal requirements that consumers must agree to debit card overdraft coverage before any fees are charged or services are provided, Pew’s survey finds that more than half of those who incurred a debit card overdraft penalty fee do not believe they ever opted in to the service. This report includes policy recommendations for the Consumer Financial Protection Bureau to make overdraft programs safer and more transparent. 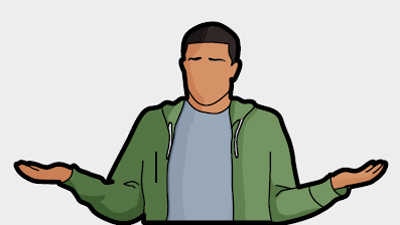 Nine out of ten Americans have a checking account, making it the most widely used financial services product in the United States.1 Overdraft programs at banks and credit unions allow checking account holders to spend or withdraw more money than they have in their accounts. In exchange, banks usually charge a fee for each transaction for which there are insufficient funds in an account.

Consumers generally have three choices when they do not have enough funds to cover a debit card purchase or ATM withdrawal:

To better understand the experience of consumers who overdrew using their debit card during 2013, The Pew Charitable Trusts commissioned a survey of checking account holders.4 The study found that these consumers were often confused and unhappy.5 These findings are similar to those in Pew’s 2012 issue brief “Overdraft America: Confusion and Concerns About Bank Practices."6

This brief delves into the 2013 results and looks at how they relate to those from 2012, when comparisons are possible. Specifically, the key 2013 survey findings are:

Pew urges the Consumer Financial Protection Bureau to require financial institutions to make overdraft programs safer and more transparent by ensuring that consumers understand their options for overdraft coverage. Although clear disclosure is important, the CFPB should also prohibit the practice of transaction reordering that maximizes overdraft fees and ensure that fees are reasonable and based on the actual cost to the bank of providing the service.

This report is the fourth in a series by The Pew Charitable Trusts examining key checking account terms and conditions. The good news for bank customers in 2014 is that disclosure policies have improved, especially those related to key terms, and there are greater overdraft protections at the ATM. Yet the bad news is that more banks are charging extended overdraft fees and limiting options for dispute resolution.

Are consumers knowingly consenting to overdraft coverage or are they signing up for a potentially costly product that they don’t understand?

Consumers Continue to Load Up on Prepaid Cards

The general purpose reloadable prepaid card is a relatively new consumer financial product that is growing in popularity. This report finds that prepaid cards became increasingly accessible in 2013, and in many instances are now more affordable than basic checking accounts. But, while prepaid cards offer many benefits, consumer protections lag far behind other banking products.