Most states are not doing enough to use a proven strategy for preventing tooth decay, unnecessarily driving up health care costs for families and taxpayers. In fact, a new report by the Pew Center on the States reveals that 20 states and the District of Columbia earned either a D or F grade when it comes to providing children with dental sealants, clear plastic coatings applied to the chewing surfaces of molars that prevent decay at one-third the expense of filling a cavity.

Sealants are typically first applied to children's molars when they are in the 2nd grade, shortly after their permanent teeth appear. Molars are the most cavity-prone teeth, and sealants act as a barrier against decay-causing bacteria. Research shows that providing sealants through school-based programs is a cost-effective way to reach low-income children, who are at greater risk of decay. In addition to protecting a healthy tooth, sealants can also prevent a cavity from forming when applied during the early stages of tooth decay.

Although it has been 45 years since the first research paper reported the successful use of sealants, states have been slow to use this prevention strategy. The most recent national survey (2009-2010) revealed that only half of teens aged 13-15 had received sealants on a permanent tooth.

The Pew report, Falling Short: Most States Lag on Dental Sealants, grades all 50 states and the District of Columbia on their efforts to prevent decay by improving access to sealants for low-income children.  The report, available at www.pewstates.org/dental-sealants, finds that:

The report also confirmed that preventable dental disease is punishing state budgets. Between 2010 and 2020, annual Medicaid spending for dental care is expected to climb from $8 billion to more than $21 billion. Children account for roughly one-third of the program's total spending on dental services. In 2009, U.S. children made more than 49,000 visits to hospital emergency rooms for preventable dental problems. In South Carolina, for example, nearly three out of four dental emergency room trips in 2009 were made by Medicaid recipients or the uninsured, meaning taxpayers or other hospital consumers assumed a significant portion of these costs.

“Children's health isn't the only thing that suffers when states don't invest in sealant programs,” said Shelly Gehshan, director of the Pew Children's Dental Campaign. “States that miss this opportunity to prevent decay are saddling taxpayers with higher costs down the road through Medicaid or other programs.”

The Pew Children's Dental Campaign released reports in both 2010 and 2011 grading all 50 states and the District of Columbia on children's dental health. Those reports evaluated eight policies covering dental prevention, financing, and workforce issues. This year, Pew's 50-state report focuses on sealants.

States were graded based on four indicators that should be a key part of any state's prevention strategy: 1) having sealant programs in high-need schools; 2) allowing hygienists to place sealants in school-based programs without requiring a dentist's exam; 3) collecting data regularly about the dental health of schoolchildren and submitting it to a national database managed by the Centers for Disease Control and Prevention and the Association of State and Territorial Dental Directors; and 4) meeting a national objective on sealants set by the federal government's Healthy People 2010 goals. Pew's assessment reflects the states' policies that existed as of July 1, 2012.

The key findings in the Falling Short report include:

“States that take dental prevention seriously are making a good faith effort to get sealants to more low-income children,” Gehshan said. “When states don't do enough, they—and low income children—pay a higher price both in dollars and decay.”

Pew's Falling Short report offers profiles of the progress and challenges in four states—Arizona, Arkansas, Massachusetts, and Virginia—to expand the number of children receiving sealants. For example, Virginia enacted a law in 2012 eliminating the prior exam restriction for hygienists employed by the state's Department of Health. This legislation was adopted after the state's analysis determined that the average per-child cost of a sealant program was 20 percent lower when a dentist's exam was not required.

The Pew Center on the States is a division of The Pew Charitable Trusts that identifies and advances effective solutions to critical issues facing states. Pew is a nonprofit organization that applies a rigorous, analytical approach to improve public policy, inform the public and stimulate civic life. www.pewstates.org 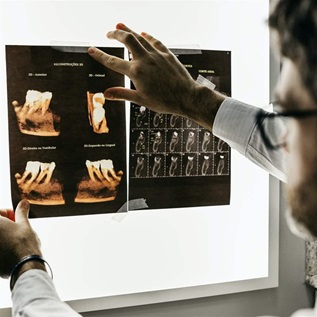 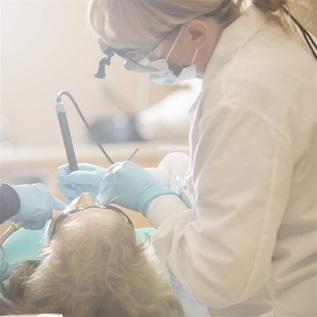