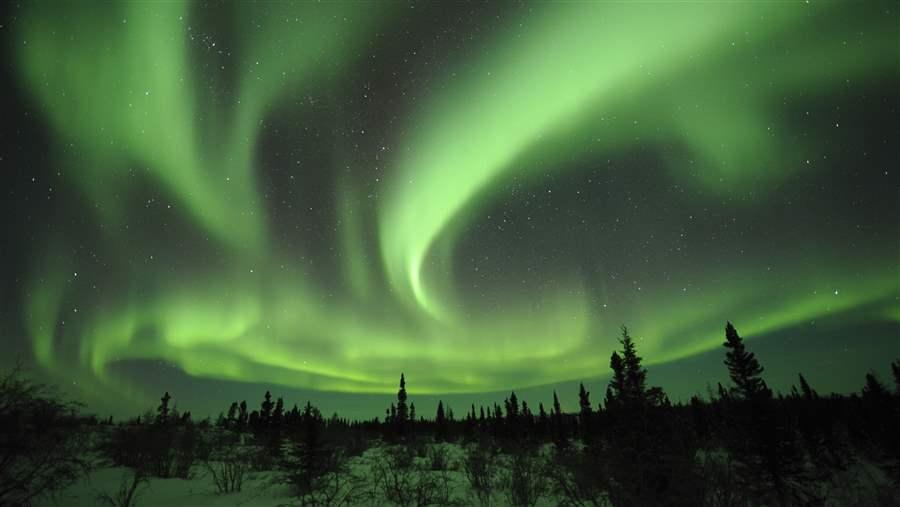 If wild places are rich in solitude, then Canada’s vast boreal forest possesses wealth in abundance.

This region, stretching from Yukon to Newfoundland and Labrador, is that increasingly rare place where stars illuminate a night sky unpolluted by ambient light, and where the loudest sounds are natural ones: the call of a lonely loon over a glass-clear lake or the wind whispering through snowy stands of spruce and tamarack. In the dark of winter, the aurora borealis splashes a brilliant palette of color on a canvas that spans the horizon.

For its natural aesthetics alone, Canada’s boreal region is a wilderness that deserves protection. But the broader environmental value that this forest landscape adds to the planet makes its conservation a global imperative.

The boreal’s natural wealth sustains hundreds of Canada’s Indigenous communities, whose inhabitants have lived in harmony with the forest for millennia. It also supports thousands of jobs and contributes billions of dollars to the Canadian economy.

Protecting the long-term integrity of the boreal forest is critical to the sustainability and well-being of its communities, as well as the economic and ecological goods and services it provides.

The challenge—and opportunity—lies in striking a balance between development and protection.

Today, the boreal forest in Canada is one of the world’s most threatened ecosystems because of mounting demands for minerals, energy, timber, and water resources. Since 1975, more than 75 million acres have been logged.

Despite these threats, however, governments, Indigenous peoples, conservationists, and businesses in Canada are taking important—even visionary—steps to protect this global treasure. 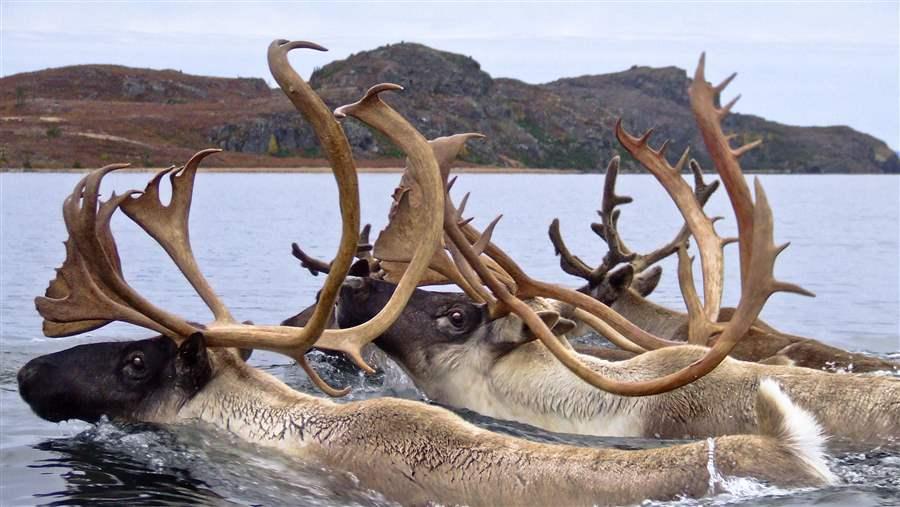 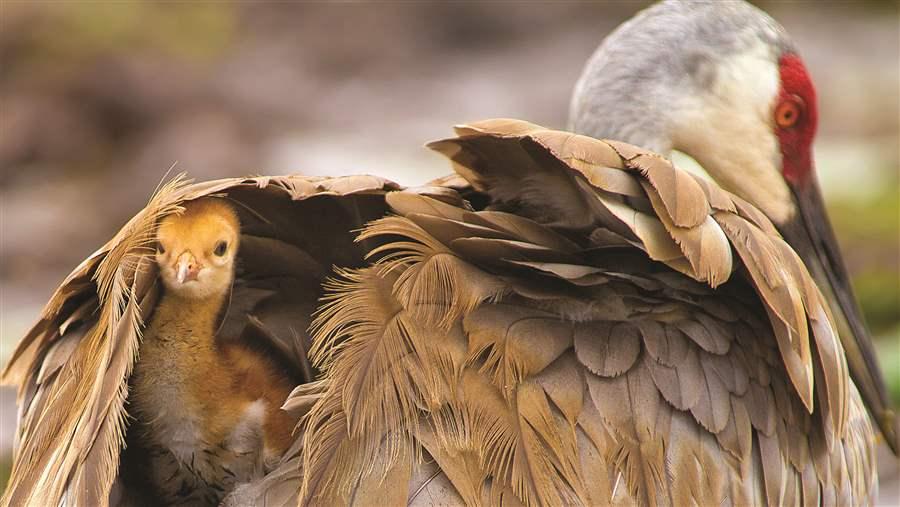 A sandhill crane chick peeks out from its shelter of feathers. About a third of the species’ North American population breeds in the boreal forest..

More than 1,500 scientists from around the world, dozens of major companies, Canadian First Nations (Indigenous governments recognized by Canada), and Canadian and international environmental organizations now work with us to protect Canada’s boreal forest.

The Canadian Boreal Conservation Framework is at the heart of the effort to protect this vast region. The vision document, created in 2003, calls for conservation and sustainable development encompassing the entire 1.2 billion-acre forest. It was developed jointly by industry, conservationists, Indigenous leaders, and conservation scientists. Under the framework, at least 50 percent of the boreal forest would be reserved in large interconnected protected areas for nature. Conservation science shows that target must be met for the boreal to maintain the full complement of species, communities, and ecosystem services. For the remainder, the framework offers a path for responsible, sustainable economic development, using world-leading resource management practices. 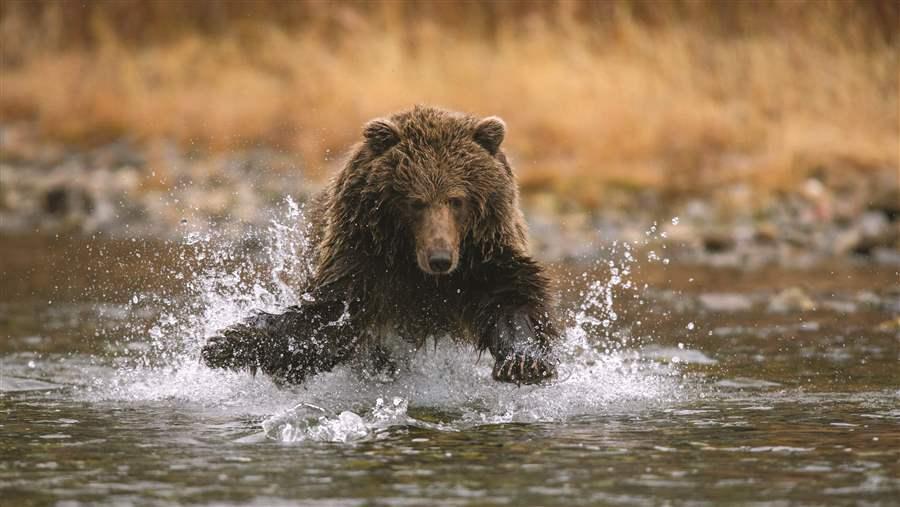 The boreal forest provides vital habitat for grizzly bears, which have lost much of their historical range elsewhere in North America.

Canada has made remarkable conservation progress in its boreal region over the past 15 years, and more is promised. The nation’s two largest provinces, Ontario and Quebec, have committed to strictly protecting 50 percent of their boreal forest regions as parks or nature refuges, while promoting smart development in the other half. Industry, environmentalists, Indigenous peoples, and governments are developing new models of cooperation as other jurisdictions make land use decisions for the future. Consider these success stories: 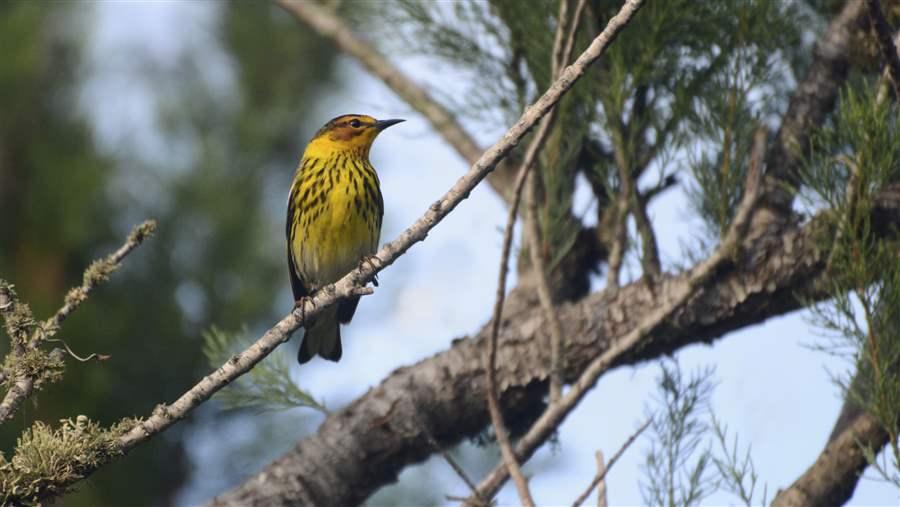 More than 80 percent of the world’s threatened Cape May warblers breed in the boreal forest. 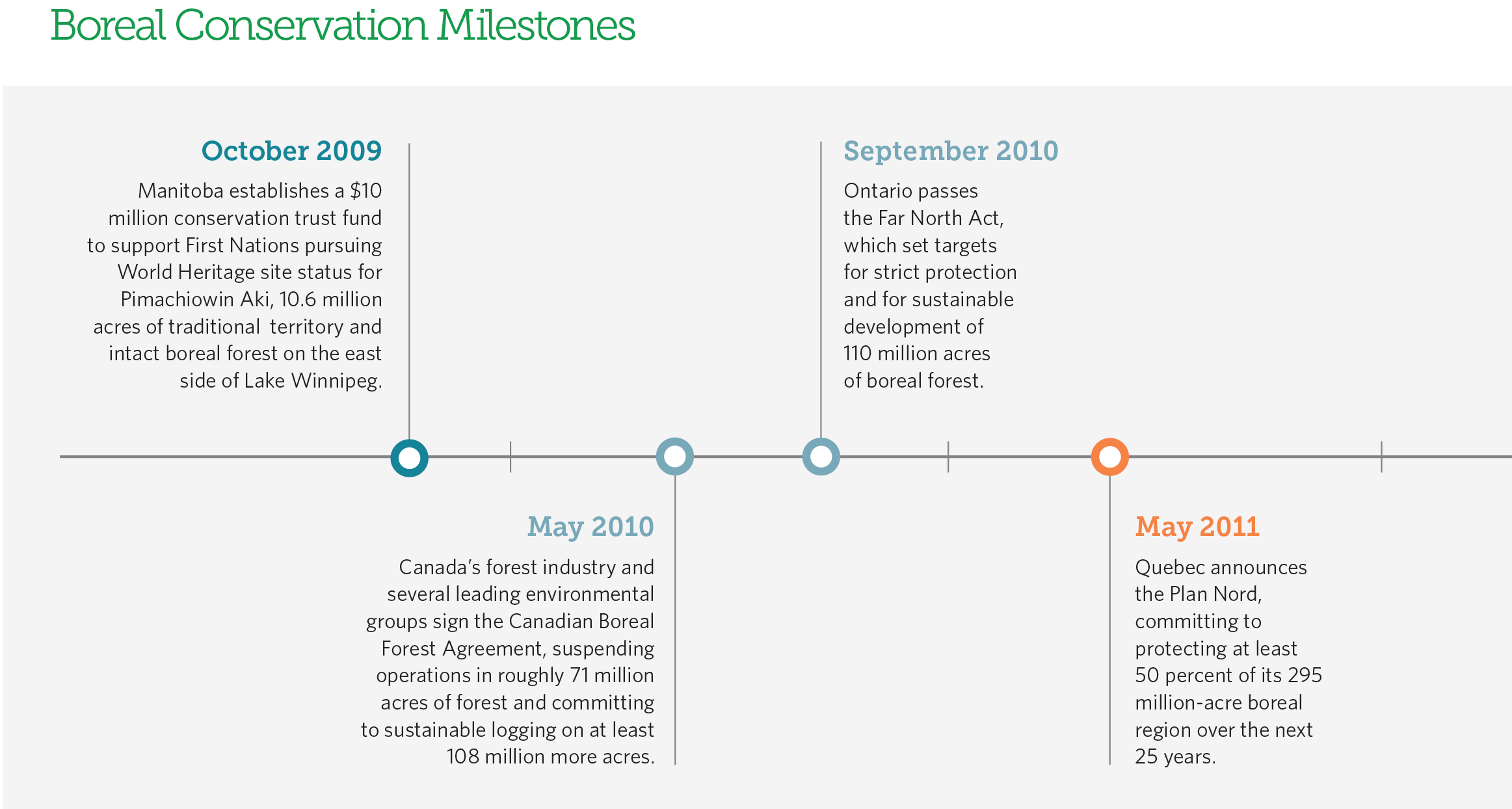 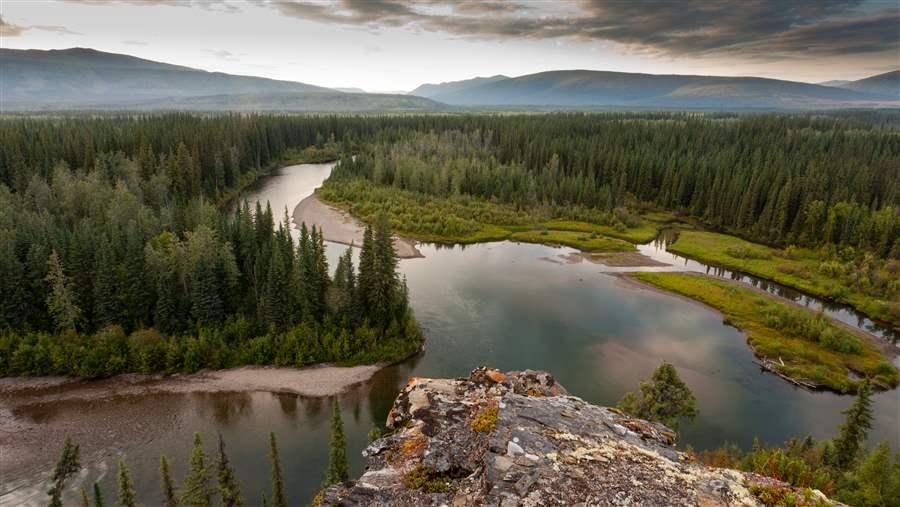 In all, more than 350 million acres of boreal forest in Canada are either strictly protected or under interim protection, or have been committed for protections. Furthermore, governments have pledged to sustainably develop more than 350 million additional acres using world-leading, ecosystem-based resource management practices and state-of-the-art stewardship practices. Much work remains to be done. Protecting the boreal forest will be a years-long process requiring patience, vision, and leadership among all stakeholders. But the goal is achievable and within reach. 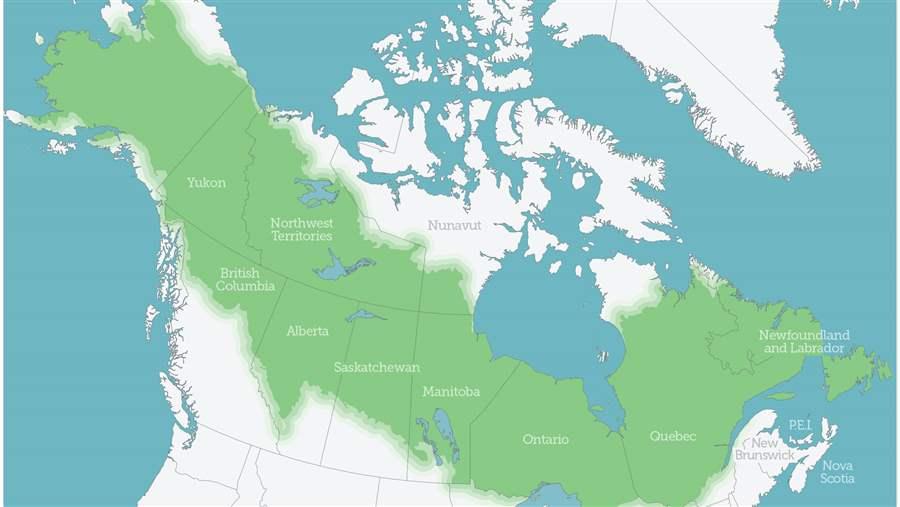