Note: This issue brief has been updated with new data. Click here to see the latest version of “Federal Spending in the States.”

The federal government spent $3.1 trillion in the states during its 2013 fiscal year.1 But the amount and composition of federal spending vary widely from state to state. As a result, federal budget decisions that increase or decrease different areas of spending affect each state differently. The distribution of federal spending provides important context for understanding the effect that federal fiscal policy has on the states.

For nearly three decades, the U.S. Census Bureau produced the Consolidated Federal Funds Report, an annual look at the geographic distribution of federal spending. But following the publication of the fiscal 2010 data, the Census Bureau discontinued the report.  To fill this data gap, the Pew Charitable Trusts’ fiscal federalism initiative prepared this analysis and companion methodology. The analysis combines publicly available data sources to show the state-by-state distribution of federal spending, divided into the five major categories used by the Census Bureau: 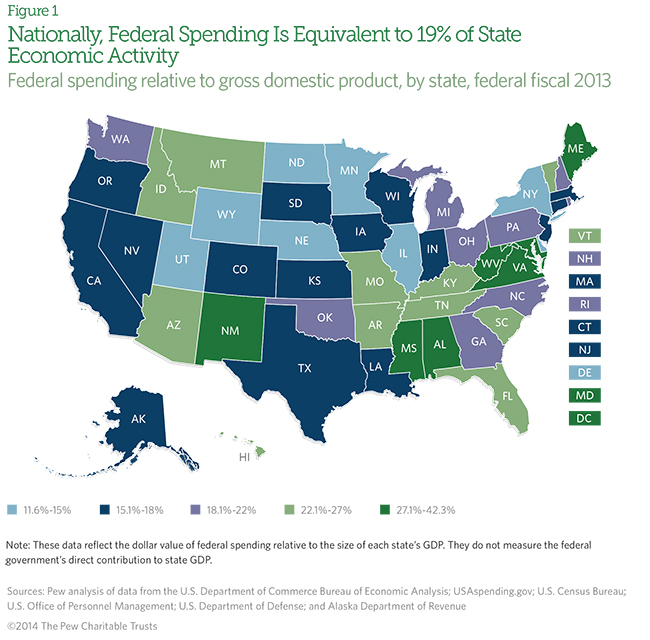 Multiple factors account for variations in the makeup of federal spending across states, including differences in demographics and types of industries, as well as in the decisions state and local governments make about which public services to provide and at what levels. Because each state’s mix of federal spending is unique, the effect of a given federal budget change will vary by state. For instance, in both Louisiana and Alaska, total federal spending was equivalent to about 18 percent of state GDP in fiscal 2013, just below the national average. But spending on salaries and wages was equivalent to 4.4 percent of Alaska’s economic activity compared with 1.4 percent  of Louisiana’s. Consequently, Alaska’s economy would likely be more affected than Louisiana’s by federal salary and wage cuts. (See Figure 2. Note that these figures do not measure how much federal spending on salaries and wages directly contributed to each state’s economy.4) 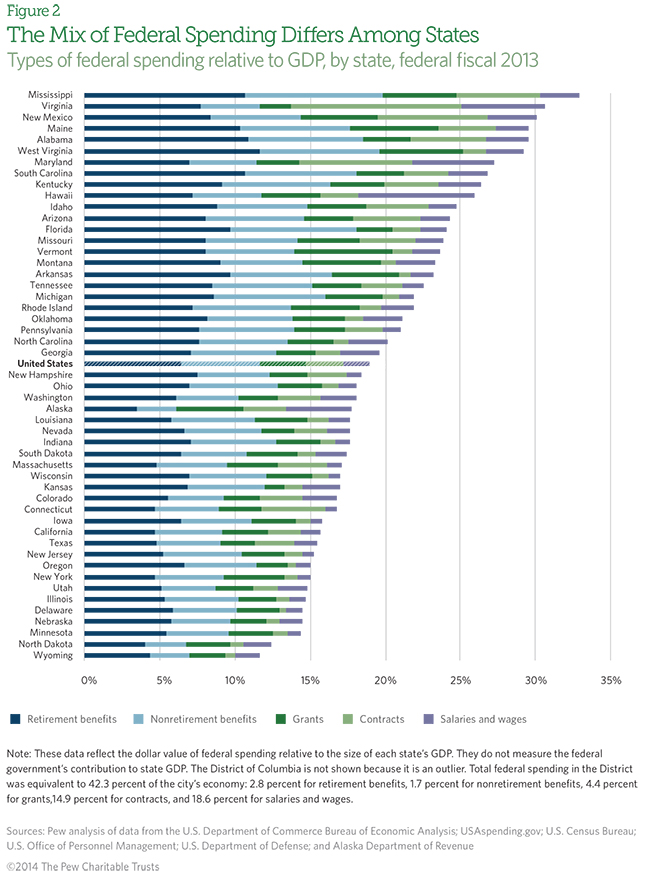 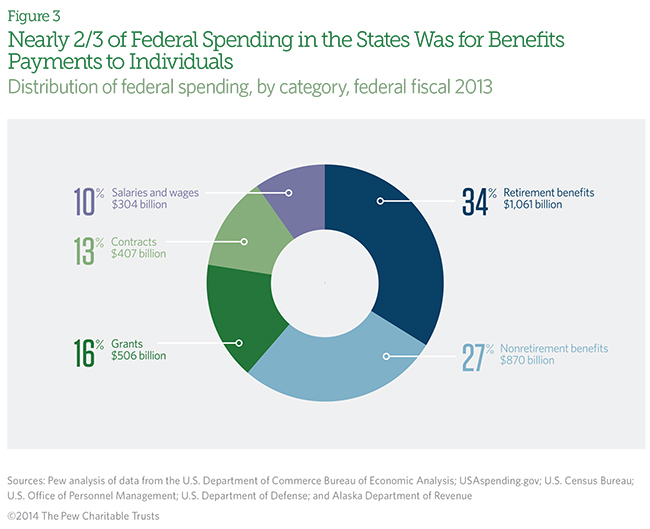 Federal spending in the states grew 26 percent over the past decade, adjusted for inflation

From fiscal 2004 to 2013, total inﬂation-adjusted federal spending in the states grew 26 percent, from $2.5 trillion to $3.1 trillion. Every category of spending increased in real terms, with the exception of grants, which fell by 5 percent. Spending on retirement and nonretirement benefits grew the most (37 percent and 62 percent, respectively), followed by contracts (10 percent) and salaries and wages (9 percent). Federal stimulus aid to states resulted in a temporary spike in grants and nonretirement benefit payments during and immediately after the Great Recession; that aid has been almost entirely phased out. (See Figure 4.) 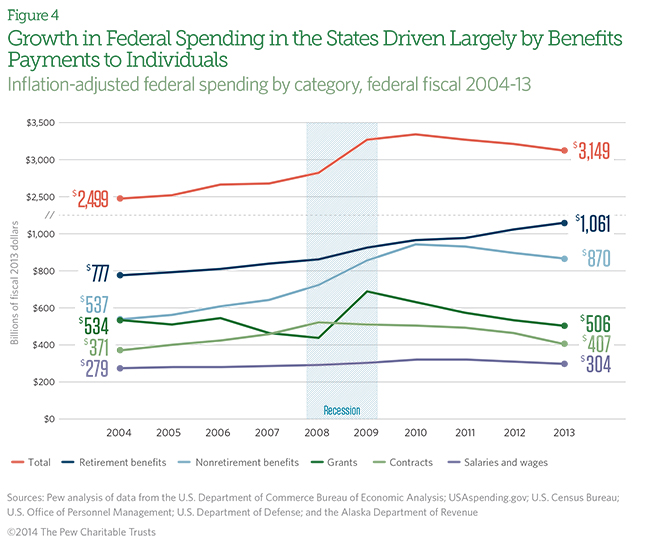