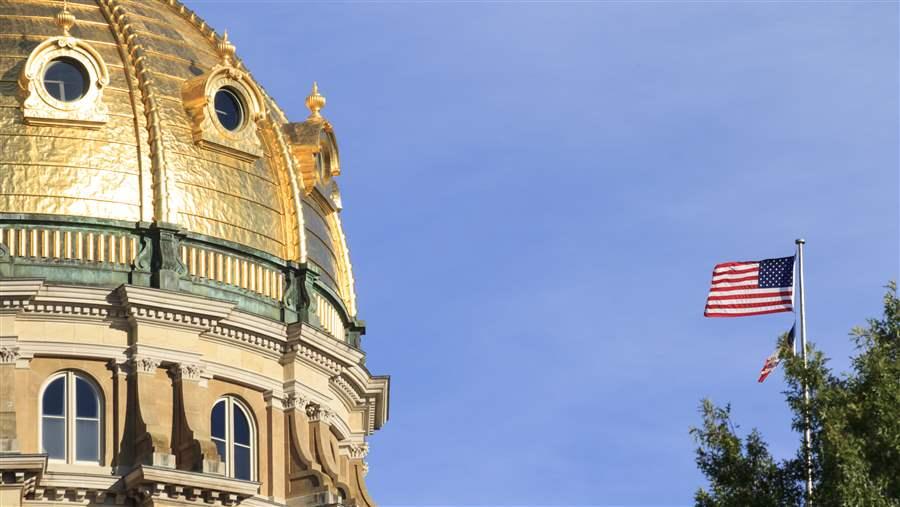 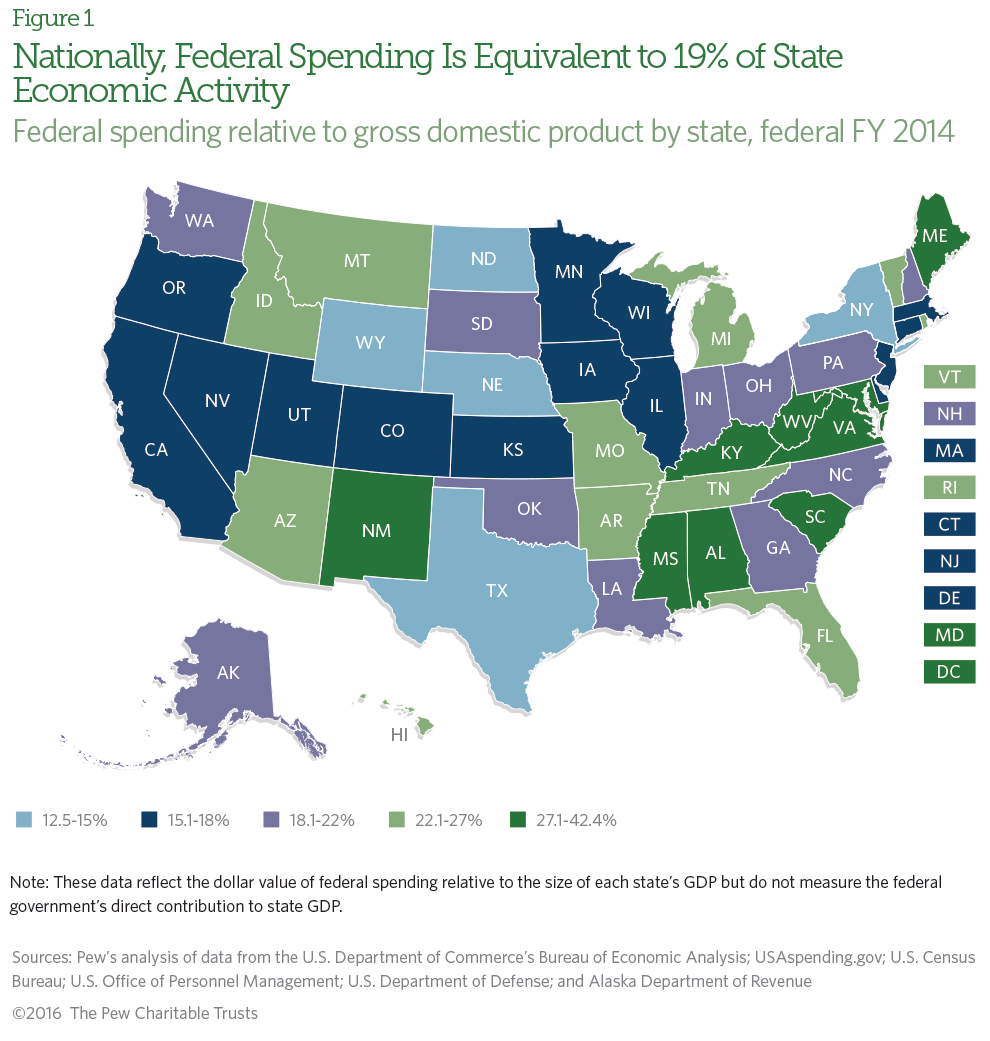 Multiple factors account for variations in the composition of federal spending across states, including differences in demographics and types of industries and in the decisions that state and local governments make about which public services to provide and at what levels. Because each state’s mix of federal spending is unique, the effect of a federal budget change will vary by state. For instance, in Alabama and Virginia, total federal spending was equivalent to about 30 percent of state GDP in federal fiscal 2014, but spending on salaries and wages was equivalent to 5.5 percent of Virginia’s economic activity, compared with 2.7 percent in Alabama. Consequently, Virginia’s economy would probably be more affected than Alabama’s by federal salary and wage cuts. (See Figure 2.) Note that these figures do not measure how much federal spending on salaries and wages directly contributed to each state’s economy. 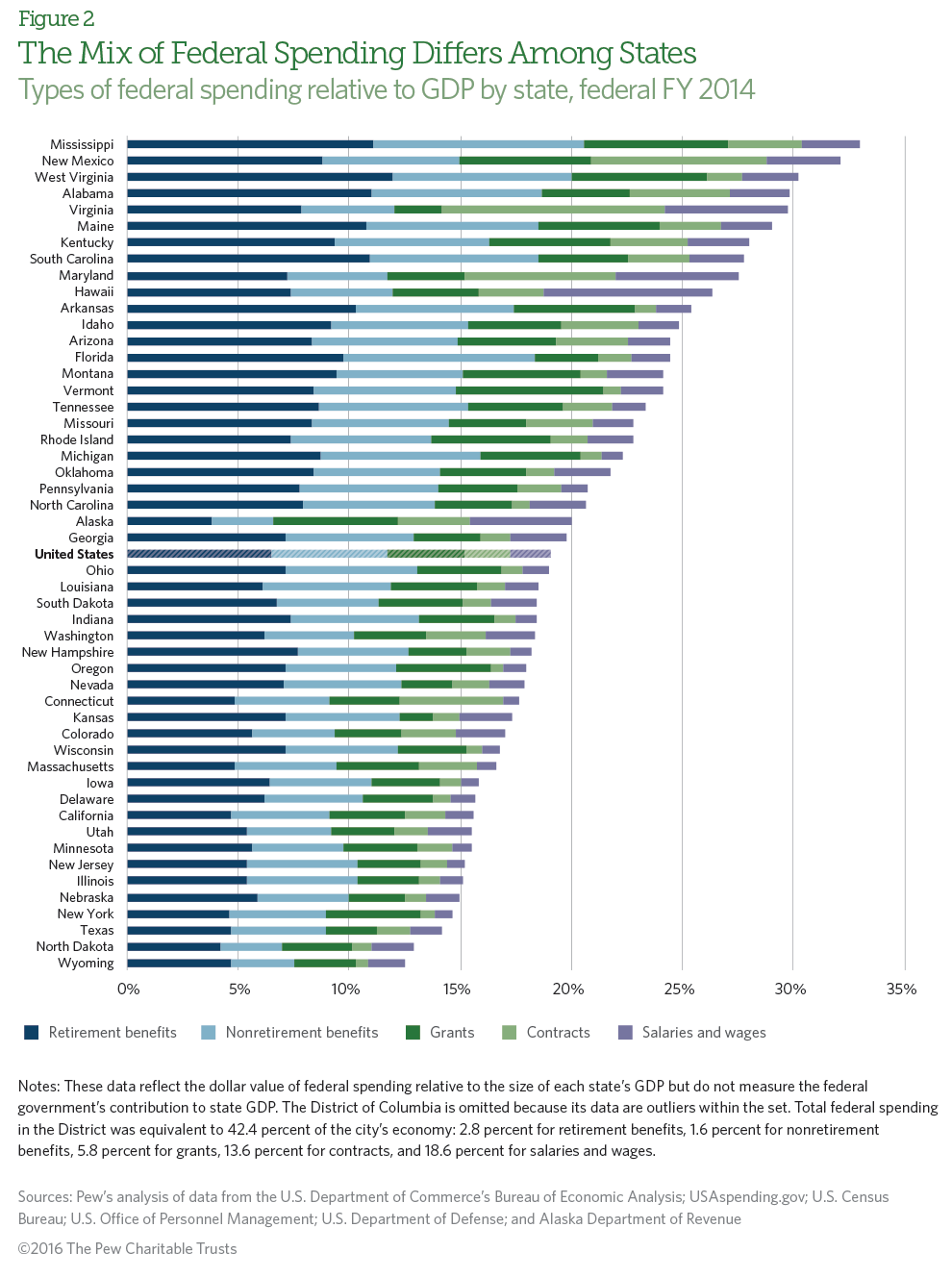 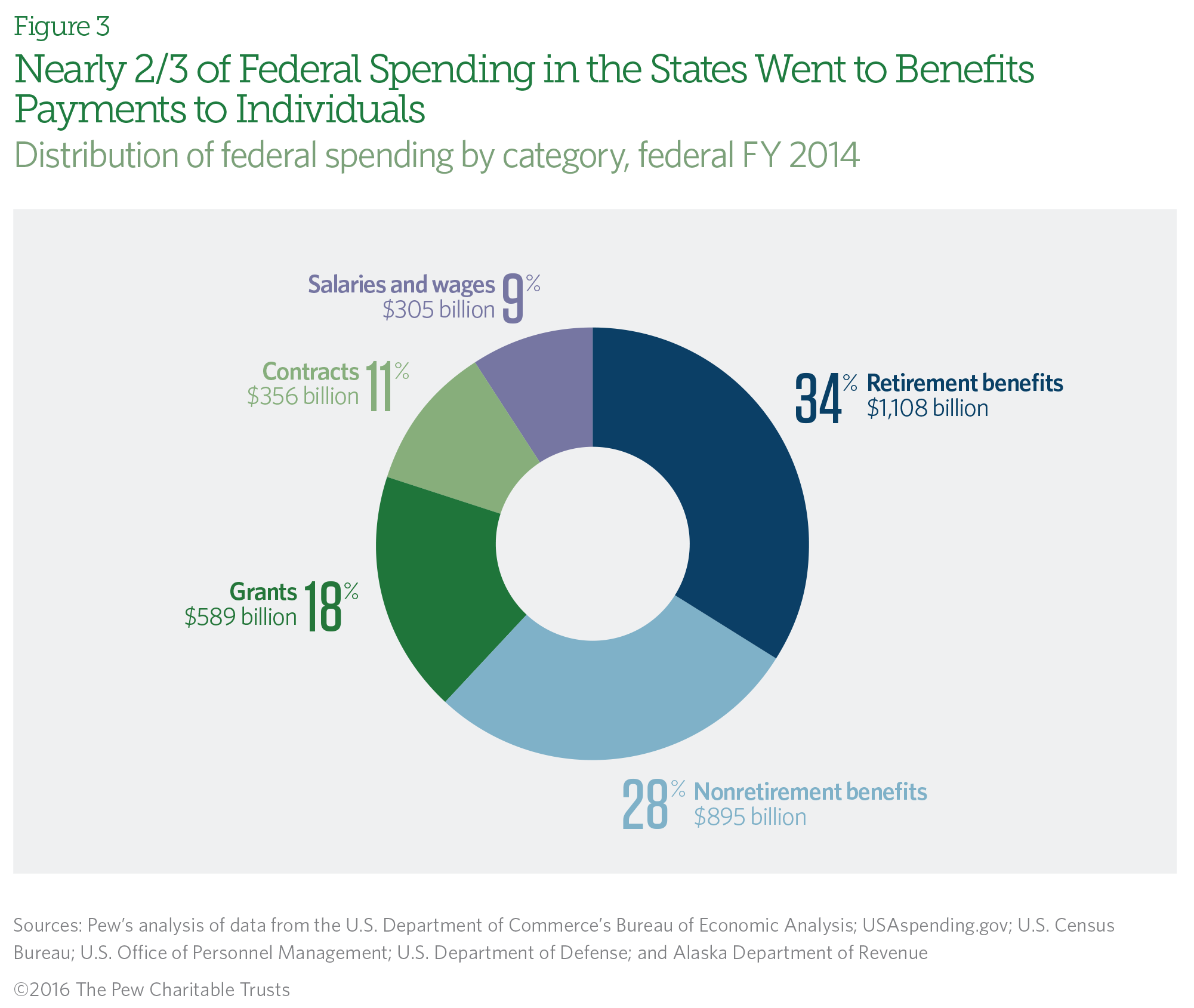 Federal spending in the states grew 25 percent over the past decade, adjusted for inflation

From fiscal 2005 to 2014, total inflation-adjusted federal spending in the states grew 25 percent, from $2.6 trillion to $3.3 trillion.4 Every category of spending increased in real terms, with the exception of contracts, which fell by 8 percent. Spending on retirement and nonretirement benefits grew the most (37 percent and 52 percent, respectively), followed by grants (13 percent) and salaries and wages (4 percent). The temporary spike in grants and nonretirement benefit payments during and immediately after the Great Recession were the result of federal stimulus aid to states, which has been almost entirely phased out. (See Figure 4.) 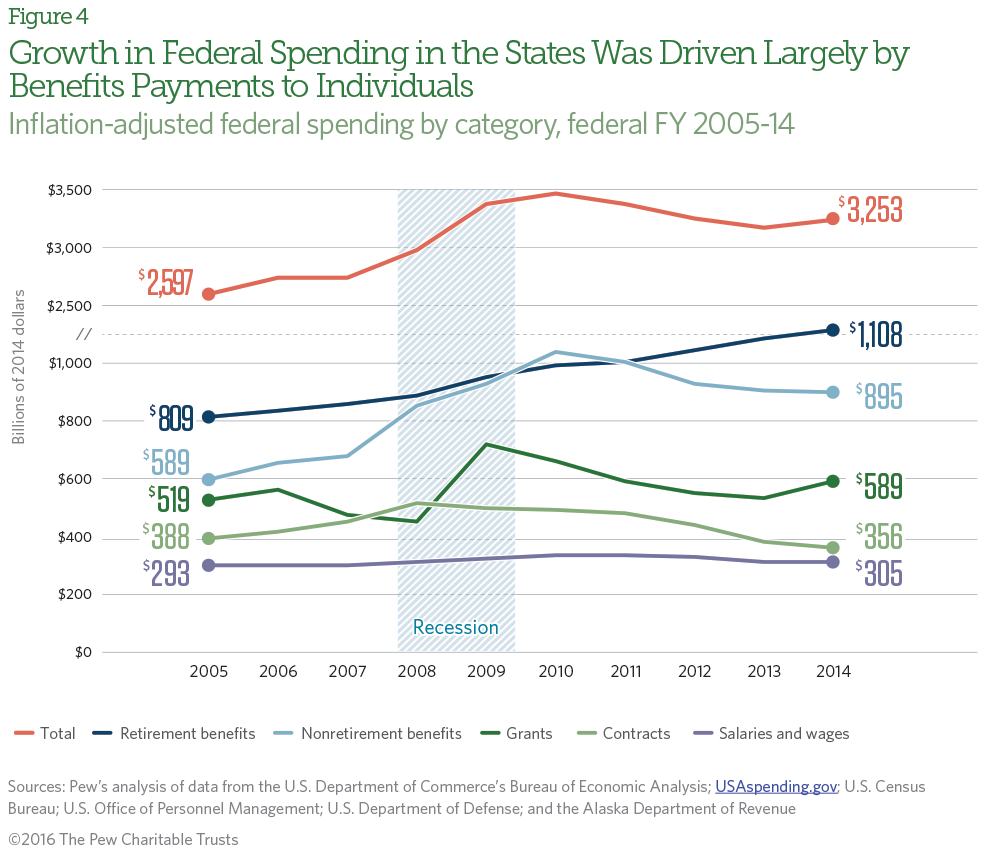