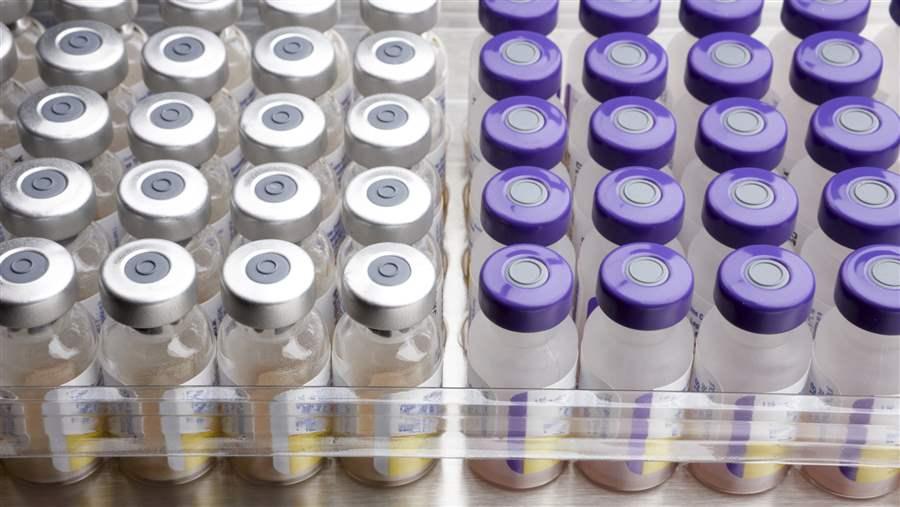 Biological products, or biologics, are drugs made up of proteins or other materials derived from living cells through a complex manufacturing process. They are used to treat a wide range of health conditions, including cancer, rheumatoid arthritis, and multiple sclerosis, and are some of the most expensive drugs on the market, measured by both unit price and net contribution to spending. In 2015, eight of the 10 highest-expenditure drugs in Medicare Part B were biological products,1 and growth in the spending on biologics has exceeded 10 percent for each of the past five years.2

During the exclusivity period, these medicines do not face competition from biosimilars, which are follow-on, highly similar products to FDA-approved biologics. After the expiration of all patents and 12 years of FDAgranted exclusivity, drug developers can obtain FDA approval to market a biosimilar through an abbreviated licensure pathway for biological products.7 Instead of having to reproduce evidence that demonstrates safety and effectiveness, developers must only demonstrate that a biosimilar is “highly similar” or “interchangeable” with the previously approved reference biologic.8

However, analysis has shown that costs to develop biological and traditional, small-molecule drugs are similar,9 which has prompted some to argue that 12 years of protection from biosimilar competition is excessive.10 Policies that reduce this period would allow lower-cost biosimilars to enter the market sooner and could increase competition among biological products. Increased competition has the potential to reduce drug spending in the U.S.11

Policymakers have proposed reducing the length of exclusivity for biologic drugs, which would allow biosimilars to come to market more quickly. The Obama administration proposed reducing biologic exclusivity to seven years in its budget for fiscal year 2017.12 This proposal also included a prohibition on “additional periods of exclusivity for brand biologics due to minor changes in product formulations.”13 According to the Office of Management and Budget, these proposals together would have generated federal savings of $6.96 billion over 10 years.14

The Price Relief, Innovation, and Competition for Essential Drugs (PRICED) Act, introduced in 2016, would reduce exclusivity for biological drugs from 12 to seven years.15 The Congressional Budget Office has not publicly released an estimate of the impact this policy would have on federal government spending.

Exclusivity for new drugs allows manufacturers to set higher prices, because no biosimilars can be approved during this time. This is a powerful incentive for drugmakers to bring new products to market, especially given the high costs involved with developing novel therapies. Experts estimated in 2016 that an average of $2.6 billion is spent to bring a drug to market, which includes the opportunity cost of not using these funds for other purposes, as well as expenses companies incur developing products that fail to reach the market.16

Shorter biologic exclusivity could allow biosimilar developers to bring products to market more quickly, which has the potential to reduce drug spending at a cost of reduced revenue for the reference product developer.

Reducing the period of FDA-granted exclusivity would have limited effect when patent protections exceed the exclusivity period. For example, Humira—a biologic used to treat inflammatory conditions such as rheumatoid arthritis and Crohn’s disease—was initially FDA-approved in 2002,17 yet some experts believe it may be shielded from biosimilar competition until 2022.18 While biosimilar developers can challenge existing patents, the time and costs associated with these disputes can discourage manufacturers from such attempts.

Savings from biologic competition may be less marked than those achieved with traditional generic drugs. Compared with generic drugs, follow-on biologics will probably take longer to develop (three to five years versus eight to 10 years, respectively), and their development costs are likely to be higher ($1 million to $5 million versus $100 million to $200 million, respectively).19 Additionally, under current federal law, biosimilars that have been deemed interchangeable by FDA may be automatically substituted for a reference biologic by a pharmacist without provider intervention.20 However, states may place limits on when these products can be substituted. Biosimilar uptake will probably be limited by the fact that not all biosimilars will be approved with the interchangeable designation.21 In the traditional drug market, savings have been driven in large part by laws that typically allow pharmacists to automatically substitute generics for brand drugs that are therapeutically equivalent.

Because of the factors outlined above, most experts believe that biosimilar uptake rates will be lower than those of generic drugs and that savings from biosimilars will be restrained by more modest price decreases.22 As a result, innovator biological product developers are likely to experience a smaller reduction in revenue from the expiration of exclusivity and patents than currently experienced by brand drug developers. This suggests that though reducing the length of biological exclusivity may increase competition, biological product developers may still be able to maintain significant revenue after biosimilars have entered the market.

The use of biosimilars&mdash;biological products that are highly similar to a biologic drug already approved by the Food and Drug Administration (FDA)&mdash;has the potential to reduce drug spending in Medicare Part B, which totaled $21.5 billion in 2014. However, savings to Medicare will depend on the extent to which biosimilars have lower prices than biologics&mdash;which, unlike conventional drugs, are proteins or other materials derived from living cells&mdash; and the rate at which providers adopt them.