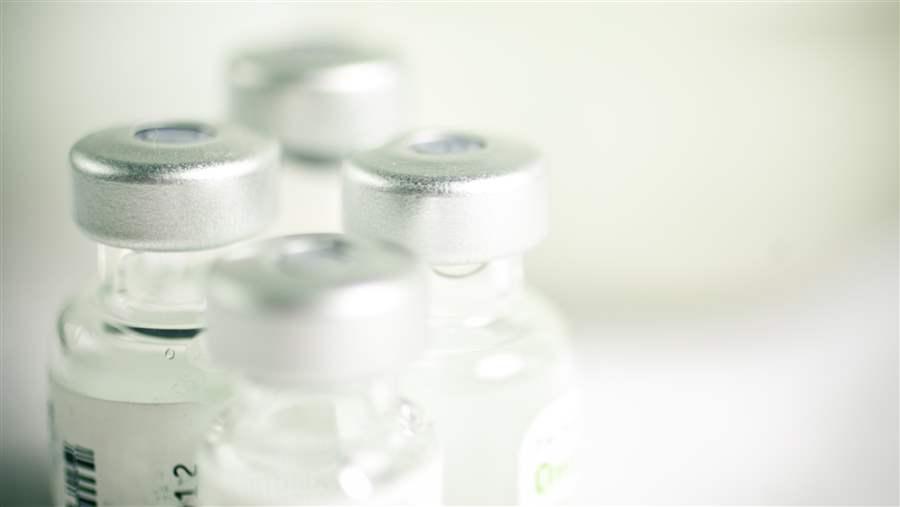 This Q&A was updated on Nov 16, 2016 to reflect updates to state substitution laws.

Biologic drugs have revolutionized the treatment of many severe and chronic conditions, but these novel products often cost hundreds of thousands of dollars for a course of therapy. With the expiration of patents and market exclusivity for biologics, drug manufacturers have an opportunity to make lower-cost versions of these products. Such “follow-on” biologics—also called biosimilars—present unique challenges to policymakers looking to control health care costs while providing patients with needed medications.

Q: How do biologic drugs differ from conventional pharmaceuticals?

A: Until recently, most drugs have been pure chemical substances with defined chemical structures. In contrast, biologics are generally larger, more complex molecules—proteins or other materials derived from living cells through a complex manufacturing process. Biologics are used today to treat a wide range of health conditions, including cancer, rheumatoid arthritis, and multiple sclerosis.

Q: What are biosimilars?

A: Biosimilars are follow-on versions of biologic products already approved by the Food and Drug Administration. Like generic versions of conventional drugs, biosimilars are intended to reduce prices by creating competition in the marketplace. Experts anticipate that biosimilars have the potential to reduce direct spending on biologic drugs in the United States by $44.2 billion from 2014 to 2024.1

Q: How do biosimilars differ from generic versions of conventional drugs?

A: The approval processes for biosimilars and generic drugs are governed by different federal statutes.  Conventional drugs typically enjoy a minimum five-year period of guaranteed market protection before the first generic can be sold.2 Biologics are free from market competition for 12 years.3

In contrast, because biologics are more complex, manufacturers of biosimilar products are required to submit additional evidence to gain FDA approval. They must demonstrate that the biosimilar is highly similar to the reference product and that no clinically meaningful differences exist between them with respect to safety, purity, and potency.  While specific requirements will vary by product, this process is likely to mean that makers of biosimilars will have to carry out a range of studies to demonstrate similarity, including, in some cases, clinical studies that evaluate patient outcomes.

Q: How will biosimilars be named?

Q: Why does biosimilar naming matter?

A: Whether a biosimilar has the same nonproprietary name as its reference product may affect when it is prescribed in clinics and dispensed by pharmacies. Advocates for using the same nonproprietary name argue that assigning different names to biosimilars will confuse providers and consumers, leading to reduced use of the drug.5 On the other hand, advocates for unique names argue that different names are needed to signify products that are not identical.6 They also contend that using contrasting names minimizes the risk of inadvertently switching between products that have not been determined to be interchangeable by FDA, and that employing unique names can help ensure that when adverse events are reported, they are attributed to the correct product.7

Q: How will FDA determine when a biosimilar is interchangeable?

A: Biosimilars approved by FDA can be deemed as interchangeable if they produce the same result in any given patient, and if there is no safety risk or diminished efficacy in switching between the biologic and the biosimilar.8 FDA has not issued specific guidance on how it will evaluate interchangeability, though it will probably require additional clinical studies in which patients switch between a biologic and a biosimilar.9

Q: Can pharmacists substitute biosimilars in the same way as conventional generic drugs?

A: Not all biosimilars can be substituted in the same way as conventional generic drugs. Only interchangeable biosimilars may be automatically substituted by pharmacists without the intervention of a prescriber, and this policy can be further restricted by state law. As of June 2016, 21 states and Puerto Rico have enacted laws restricting biologic substitution; nine other states are considering similar bills.10 These state laws generally require that a biosimilar be deemed interchangeable by FDA before a pharmacist can substitute it for a reference biologic. Some states have passed other provisions that may further limit the use of interchangeable biosimilars, such as:11

Q: Are these state provisions necessary to protect patients?

A: Biosimilars deemed interchangeable by FDA are required by statute to be as safe and effective as an FDA-approved, reference biologic, including for patients switching between drugs. Therefore, state provisions are not necessarily needed to protect patients. FDA is likely to address the risks in switching to a biosimilar when it finalizes guidance on determining interchangeability.

Q: What are the implications of state laws restricting substitution?

A: Although it is too early to know the impact of policies restricting biosimilar substitution, research indicates that limiting the substitution of conventional generics decreases uptake and increases drug prices. For example, one study found that requiring patient consent reduces rates of generic substitution by 25 percent.12 The same study concluded that state Medicaid programs could save over $100 million if patient consent requirements were eliminated for three top-selling drugs. Another study found that the submission of “dispense as written” requests (which require a pharmacy to dispense a specific brand among two or more interchangeable products) is associated with unfilled prescription rates and higher costs.13 The study authors also found that eliminating “dispense as written” opportunities when generic drugs are available could potentially save the U.S. health care system as much as $7.7 billion annually.