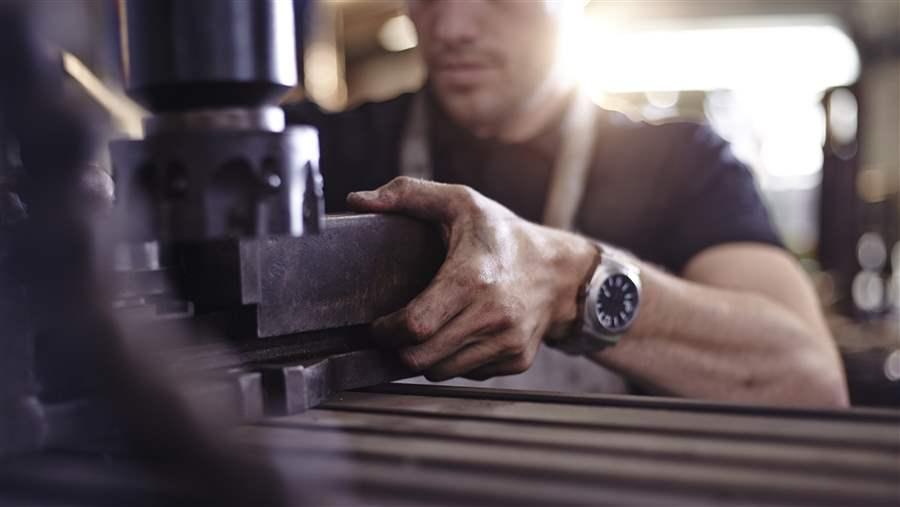 Just 33 percent of part-time, full-year workers have access to a workplace retirement plan, while only 17 percent participate in one.

Most Americans are not saving enough to pay for their retirement. The ability of employees to contribute directly from their paychecks and the use of features such as automatic enrollment make the workplace an effective place to encourage saving. These employer-sponsored plans have become the primary vehicle for accumulating the vast majority of private retirement funds. However, most workers do not or cannot participate in a retirement savings plan through their employer, and less than 10 percent of all workers contribute to a plan outside of work.

The failure to save enough—or save at all—has an impact on workers later in life and on all taxpayers. Since 2012, half of the states have introduced legislation to study or establish state-sponsored retirement savings programs for workers at private sector or nonprofit employers without plans. This fact sheet, one of a series, summarizes how policy options may affect employees.

As state policymakers consider legislative proposals to help private sector workers save for retirement, the impact of these plans on employee savings will be determined in part by decisions they make on a number of factors. Among those are who is eligible to participate, how they are enrolled, where initial contribution levels should be set, how contributions will be invested and protected, and how accessible those savings will be before retirement. In some cases, policymakers designing state-sponsored retirement programs will need to balance competing objectives as they attempt to create systems that foster employee savings while ensuring that the burdens borne by employers are not heavy.

A critical initial decision is determining which workers would be covered. The definition of who is considered an employee will have a significant effect on access to the plan and the level of participation. Would all those subject to income tax qualify? Should a minimum or maximum age for eligibility be set? And should the plan cover part-time or part-year workers as well as those working full time, year-round? Employees will also be affected by state decisions that determine the size of employers—typically linked to the number of workers—eligible for or required to participate in the program.

These choices will have a huge impact on the number of employees covered and the overall success of these programs. According to the U.S. Department of Labor’s Bureau of Labor Statistics, 33 percent of the workforce is part-time or part-year or a combination of both. Another 19 percent of workers are considered part-time, full-year because they work less than 35 hours a week. Just 33 percent of part-time, full-year workers have access to a workplace retirement plan, while only 17 percent participate in one. Those figures are much lower than the rates for full-time workers. In addition, more than 10 million people work as independent contractors, according to the Labor Department, and would not be covered by the state retirement savings plans currently proposed or already in place.

Policymakers also will need to consider whether to use automatic enrollment to encourage adequate participation and boost the chances of program success. Research in behavioral economics, and experience with traditional retirement plans, has consistently shown that even minor tasks associated with opting in to a plan can keep workers from enrolling. Auto-enrollment—with the ability to opt out—dramatically increases the number of employees who participate. Because of this, most legislation on state-sponsored plans for private sector employees requires employers to automatically enroll employees—with the option not to participate.

However, research suggests that contribution levels tend to be lower for those enrolled automatically than for those who join a plan voluntarily because most people do not change the default contribution rate. Auto-enrollment is likely to significantly increase participation rates and do much to address coverage, but policymakers should be aware of its limitations.

Most statewide retirement savings legislation requires employers to withhold employee contributions from pay at a default rate if employees do not set their own rates or opt out altogether. States can also determine a minimum and a maximum contribution rate. Setting an appropriate rate is critical because contributions—along with investment returns and potential employer matches in plans covered by the Employee Retirement Income Security Act (ERISA)—will determine overall retirement savings. ERISA is the federal law that governs pensions. According to an actuarial analysis, workers who save 3 to 6 percent throughout their careers—with no employer match—would not have enough retirement income for their expected lifetimes. Still, these assets would supplement Social Security benefits for most Americans and would likely provide a cushion for financial shocks in old age. Because many enrollees will simply accept a default rate and not adjust it over time, policymakers need to consider what that rate should be, as well as the guidance to be given about choosing a rate and how that guidance should be provided. First though, they must decide whether a default should be set at all, as opposed to requiring a choice by the enrollee.

States also have considered allowing voluntary contributions by employers, which could help encourage more employees to participate and build savings for retirement. A rule released by the Labor Department in August 2016 made clear that employers could not voluntarily contribute to a state-sponsored payroll deduction individual retirement account (IRA) program, such as those in place in Illinois and Connecticut. On the other hand, the rule would allow voluntary employer contributions to be made to state-sponsored multiple employer plans, such as a Massachusetts plan for small nonprofits, or what are known as prototype plans, which are essentially 401(k) plans.

Another consideration is how to balance options for investment of individual plan contributions with the need for efficiency and meeting broad program goals. Many state plan proposals envision pooling contributions under a single entity, such as an investment board, which would invest and manage the savings professionally. Others focus on a participant-directed model in which enrollees manage their investments themselves. In those cases, a default investment option must still be provided for those who do not choose an option. Although the second model may give employees more options, it also brings additional costs associated with enrollment meetings, enrollee education, and individualized advice.

Additionally, even with the best advice, those in participant-directed plans still must follow through and make the recommended choices. Providing greater choice then can lead to worse outcomes than in a pooled, professionally managed plan if employees make less-than-optimal investment decisions.

Some proposals try to minimize the financial risk facing participants and safeguard their investments by providing a guaranteed rate of return. Guarantee provisions can provide important protections against risk and volatility, potentially calming nerves during downturns, but they can be controversial because of concerns over the potential cost and the state’s role in ensuring the guarantee. Perhaps reflecting these concerns, most state proposals have not included guarantee provisions.

Most state proposals seek to ensure that savings will be tax-deferred under the Internal Revenue Code, but that can provide relatively little benefit to many lower-income workers who usually do not owe income taxes. In addition, many programs do not provide explicit financial incentives to participate, such as employer matching contributions or refundable tax credits.

To address these concerns, some states are offering or proposing Roth IRAs that allow workers to contribute after-tax money. That could help those who might have a higher tax rate in the future. Moreover, withdrawals of contributions from a Roth IRA are tax-free in certain circumstances, which could appeal to lower-income workers concerned about having money tied up for the long term. Earnings on contributions would still be taxable when taken out of the fund. A potential complicating factor is that for tax reasons, participants cannot roll over Roth IRA accounts into employer-provided retirement plans if they change jobs.

Various federal rules already govern withdrawals from retirement plans. The U.S. Labor Department has finalized a rule on state-sponsored payroll deduction IRA plans that would allow state programs to limit withdrawals that are otherwise permitted. States have yet to write their own rules governing withdrawals, though many are considering steps such as limiting pre-retirement withdrawals to hardship requests and providing annuity options at retirement.

Typically, when participants leave an employer or retire, they can withdraw plan funds in a lump sum to use as they see fit, roll over their account to a new plan or IRA, or leave their account where it is. How they handle these changes before retirement can have federal tax consequences. An analysis by Vanguard of the plans it manages shows that 49 percent of those who left jobs kept the accounts in their plans, 22 percent took lump-sum payments, and 22 percent rolled their accounts over into a new plan or IRA

Most state legislative proposals refer to the importance of savings portability but leave the details to be clarified by state boards or study committees. Most bills provide no guidance. Portability usually refers to the ability of workers to continue to save in a single account if they change jobs. That is hard to do with a defined benefit or pension plan, except when the benefits are converted into a lump sum. On the other hand, defined contribution balances can be transferred to new employer plans or IRAs when workers change jobs.

In state-sponsored retirement savings programs, private sector workers presumably could maintain their accounts with the state if they changed jobs, but the rules are less clear on whether savings accounts could be transferred to a different state, to an IRA, or to an ERISA plan sponsored by a new employer. What is clear is that participants in a Roth IRA cannot roll over their accounts into an employer-provided retirement plan if they change jobs.

Pew’s full analysis of state legislation regarding private sector retirement saving can be found in How States Are Working to Address the Retirement Savings Challenge: An Analysis of State-Sponsored Initiatives to Help Private Sector Workers Save. The report analyzed efforts under way or under consideration in 25 states. It found that the states’ objectives are consistent: Increase retirement savings and reduce poverty among retirees to avoid social assistance spending that strains state budgets, ensure that reforms are implemented successfully, impose minimal burdens on employers, build cost-effective and sustainable programs, and protect employee retirement savings.

Given the range of possible approaches, policymakers will likely have to identify and set priorities that balance competing risks and trade-offs. The report discusses various approaches in more detail and highlights the implications of competing policy goals. It is essential that states balance these objectives, taking into consideration the specific economic and demographic characteristics of the workers who could participate in these plans. With careful decision-making, states can significantly improve the retirement security of many working Americans while minimizing burdens on employers and costs to taxpayers.