After the Great Recession, the share of states’ revenue coming from federal grants hit a historic high of 35.5 percent in 2010. Increased federal dollars from economic stimulus funds and reduced state tax collections meant that federal dollars made up a bigger proportion of states’ revenue than at any time in at least 50 years. From 2010 to 2013, federal grants steadily declined to 30.5 percent of state revenue, the result of the phaseout of the stimulus funds and recovering state tax collections, but then a slight uptick in 2014 brought the figure to 30.8 percent.

The federal share rose only slightly from fiscal year 2013 to 2014 despite a significant jump in federal health grants primarily because of the expansion of Medicaid under the Patient Protection and Affordable Care Act. (See “Federal Spending Decisions Affect State Budgets.”) As of fiscal 2014, 25 states had chosen to participate in the Medicaid expansion. Although total federal dollars to states increased by $22.9 billion, or 4.5 percent, the federal share did not increase markedly because states’ tax collections increased enough to keep the proportion relatively stable.

Federal grants as a percentage of state revenue remain above historical averages, providing nearly $1 out of every $3 in state revenue in 2014. 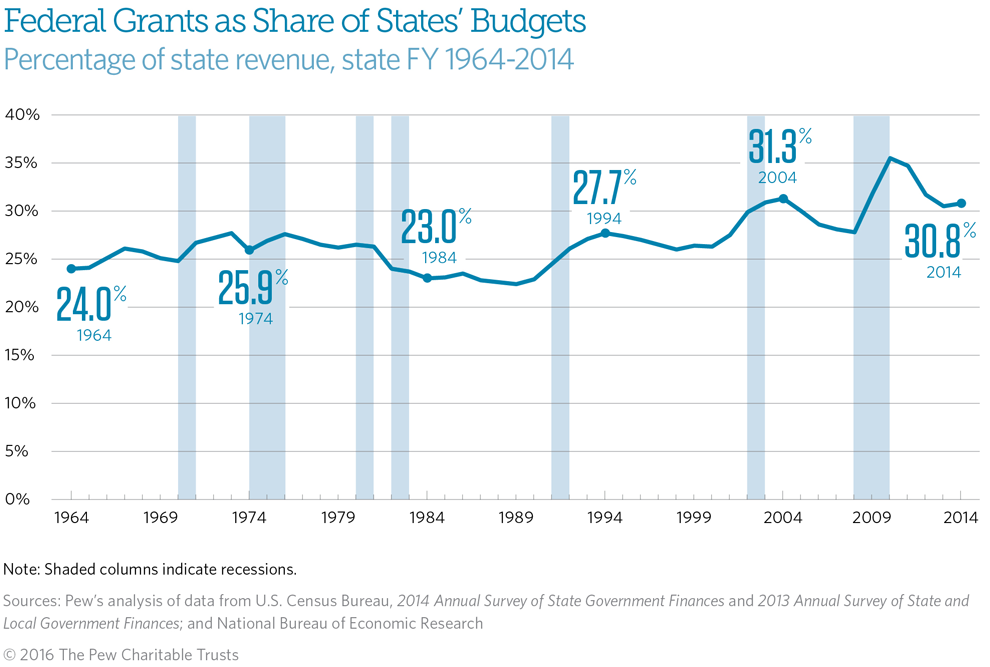 Taxes and federal funds are among the revenue sources for individual states.