The federal government and the states continue to try to address the high cost of prescription drugs. In the past month, the Trump administration proposed changes to drug reimbursements under Medicare Part B and sought greater disclosure of list prices for medications advertised on television. In California, Governor Jerry Brown (D) signed legislation to increase disclosure requirements for pharmacy benefit managers (PBMs), the third-party administrators who manage an insurance plan’s prescription drug benefit.

New administration proposal on Medicare Part B. On Oct. 25, the Centers for Medicare & Medicaid Services (CMS) released an advance notice of proposed rule-making to solicit feedback on a Center for Medicare & Medicaid Innovation demonstration that would test a new way for Medicare Part B to pay for physician-administered drugs. Under Part B’s current reimbursement policy, Medicare pays providers the average sales price of the drug plus 4.3 percent. Under the proposal, CMS would more closely align payment for these drugs with prices in economically similar countries (such as Canada, the United Kingdom, Japan, and Germany), allow private sector vendors to negotiate prices, and pay providers a flat add-on payment not tied to the price of the drug. The administration could issue a proposed rule in 2019 and launch a model in 2020 that would operate for five years. Comments will be accepted until Dec. 31.

CMS proposes price transparency requirement for manufacturers. CMS issued a proposed rule Oct. 15 that would require manufacturers to disclose the wholesale acquisition cost (WAC) of a drug—often referred to as the list price—in television commercials aimed at consumers. The regulation would cover manufacturers that participate in the Medicare and Medicaid programs and whose drugs cost more than $35 for a month’s supply or the usual course of therapy. Comments on the proposal are due Dec. 17. The Pharmaceutical Research and Manufacturers of America, the trade group representing brand manufacturers, separately announced a voluntary program for members to include guidance in their advertisements for consumers about how they can find cost information about the product, such as list price and typical patient out-of-pocket costs. This information can be stored on the manufacturers’ websites.

President signs bills addressing PBM gag clauses, biosimilar “pay-for-delay” deals. On Oct. 10, President Donald Trump signed the Know the Lowest Price Act (S. 2553) and the Patient Right to Know Drug Prices Act (S. 2554). The former prohibits gag clauses—which preclude pharmacists from telling patients if they could pay less for a drug by filling a prescription without using their insurance—in contracts between pharmacies and insurers or their PBMs. The latter measure requires makers of biologic and biosimilar drugs to report patent settlements to the Federal Trade Commission (FTC) to ensure that those settlements do not include certain anticompetitive provisions, such as some reverse payment agreements or “pay-for-delay” deals used to resolve patent infringement lawsuits. This provision mirrors a requirement already in law for small-molecule drugs.

The Department of Justice approves merger of Aetna, CVS Health. The Justice Department on Oct. 10 approved a $69 billion merger between and Aetna—the third-largest health insurer in the U.S.—and CVS Health, a PBM and the country’s largest retail pharmacy chain. Under the agreement, Aetna must divest its Medicare Part D prescription drug plans to WellCare Health Plans Inc., a managed care health program for Medicare and Medicaid. This is the latest in a growing number of mergers between insurers and PBMs in recent years.

FDA offers new guidance on citizen petitions. As part of the Food and Drug Administration’s Drug Competition Action Plan, the agency issued revised draft guidance Oct. 3 for citizen petitions and petitions for stay of action subject to Section 505(q) of the Federal Food, Drug, and Cosmetic Act. Branded manufacturers use the petitions to request that FDA delay pending applications for generic drug approvals. The revised guidance spells out the agency’s review and evaluation process for petitions. For example, petitions deemed to have the “primary purpose” of delaying a generic application would be referred to the FTC. In addition, FDA would weigh whether a petition would harm public health. The comment period closes Dec. 3.

California codifies PBM oversight legislation. On Sept. 29, Gov. Brown signed A.B. 315, which requires PBMs to register with the California Department of Managed Health Care and to “exercise good faith and fair dealing.” PBMs are now required to disclose to clients a range of information, including:

A.B. 315 is one of many bills passed across the country in the past year to regulate and license PBMs.

Ian Reynolds is a manager and Alisa Chester is a senior associate with The Pew Charitable Trusts’ drug spending research initiative. 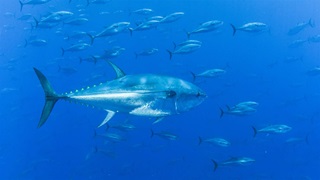 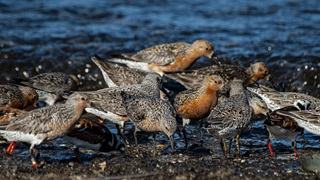