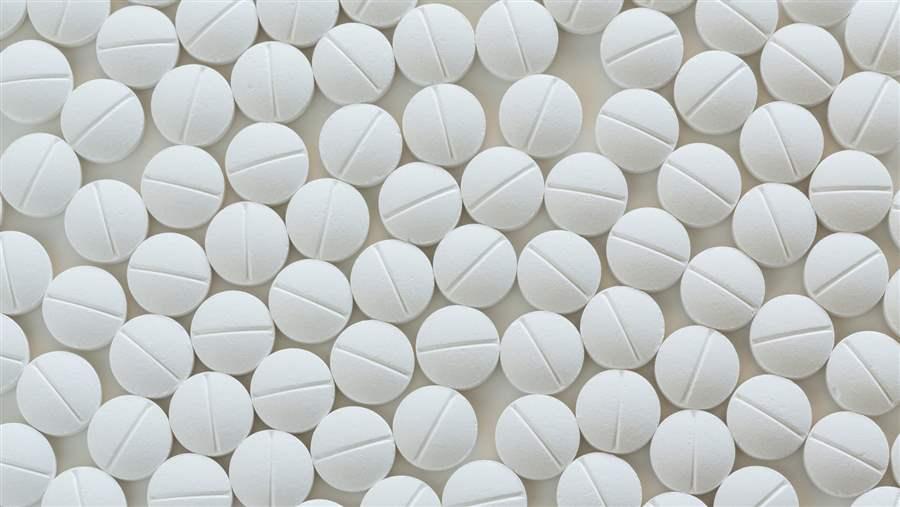 This is the third in a series of fact sheets summarizing many of these proposed policies, touching on topics such as competition, transparency, and Medicare Part B and D reforms. They will also evaluate the potential each policy has to manage drug spending and outline key issues for policymakers to consider.

Reverse payment agreements, also known as “pay-for-delay” deals, are settlements that involve a brand pharmaceutical manufacturer paying1 one or more potential generic competitors to resolve patent infringement lawsuits and agree upon a date by which the generic product can come to market. In fiscal year 2014 there were 21 such settlements involving 20 different branded drugs.2

Reverse payment agreements originate with the requirement that, before the first generic version of a drug can be sold, its manufacturer must certify that it will not market the product until after all relevant patents have expired. Alternatively, the generic drugmaker may certify that the underlying brand patents are invalid or not infringed by the generic product, referred to as a Paragraph IV challenge.3 Brand manufacturers often respond to Paragraph IV challenges by filing a patent infringement lawsuit against the generic developer. Critics argue that resolution of such lawsuits through reverse payment agreements delays market entry for generic drugs, inhibiting competition.

The Federal Trade Commission (FTC) and private purchasers have taken legal action against brand and generic drugmakers for entering into allegedly anticompetitive reverse payment agreements, some of which have resulted in manufacturers agreeing to compensate drug purchasers.4 While the Supreme Court found in 2013 that reverse payment deals are subject to antitrust scrutiny, even when a settlement allows a generic to enter the market before the expiration of the patent, in the same ruling it also concluded that reverse payment deals are not presumptively illegal.5 Beyond this, the court did not provide clear guidance for how lower courts should review reverse payment agreements. The FTC has observed that the number of these agreements appears to have declined since the 2013 ruling.6

Research suggests that reverse payment settlements are associated with delayed access to generics and higher prices, compared with cases that go to court.7 Proponents of eliminating these settlements argue that such an approach could make generics available sooner, thereby lowering drug costs.

Some policymakers have proposed a ban on reverse payment agreements. For example, the Protecting Consumer Access to Generic Drugs Act of 2013 would have prohibited manufacturers from entering into these deals.8 It also would have allowed the FTC to develop a policy to exempt agreements that are “procompetitive” and thus benefit consumers. To implement this approach, the agency would need to publish its criteria for evaluating the impact of these deals on consumers. Factors that FTC could consider include the strength of underlying patents, manufacturers’ litigation costs and desire to avoid the uncertainty of patent dispute litigation, and the fact that brand manufacturers often have information on their products that is unavailable to others.

Another approach could discourage reverse payment agreements by shifting the burden of proof regarding potential harm to the manufacturers. Current law requires the FTC (or another plaintiff) to prove in court that reverse payment deals are harmful to consumers, but the Preserve Access to Affordable Generics Act would make reverse payment agreements presumptively unlawful.9 As a result, manufacturers sued by the FTC or private purchasers for entering into a reverse payment deal would have the burden of demonstrating to a court that the benefits of a proposed agreement outweigh the anticompetitive effects. Brand and generic drug manufacturers in violation could be subject to a fine, and generic developers could potentially lose the 180-day exclusivity period normally awarded to the first generic on the market. The legislation would not prohibit reverse payment deals in which the brand manufacturer’s payment to the generic company is limited to reasonable litigation expenses not to exceed $7.5 million and/or an agreement not to sue the generic manufacturer for patent infringement.

In 2009, the FTC estimated that these agreements cost consumers and taxpayers $3.5 billion annually,10 but this estimate preceded the Supreme Court ruling and the subsequent decline in potentially unlawful reverse payment agreements. In addition, this analysis relied on data collected on settlements through fiscal year 2008 and estimated savings for drugs with potential settlements, according to information the FTC downloaded from the Food and Drug Administration’s website in May 2009.11 The Congressional Budget Office has estimated that the Preserve Access to Affordable Generics Act would reduce federal spending by $2.4 billion over 10 years.12 While the complete methodology underpinning the CBO analysis is not publicly available, the estimate was released in 2015.

Brand and generic manufacturers oppose policies that would limit their ability to enter into these deals, arguing that a ban or limits could delay consumer access to generics.13 One consideration is whether a ban on all reverse payment deals could prevent procompetitive settlements, delaying some generic drugs from coming to market. A reverse payment deal may be procompetitive if it results in a generic drug coming to market before the expected conclusion of litigation. Or, in cases where the brand patent is strong and likely to be upheld in court, a reverse payment deal that allows a generic to come to market prior to patent expiration may have procompetitive effects. In either of these cases, the settlement may benefit consumers by accelerating access to a lower-cost drug.14 However, the competitive effects of these settlements are complex and require that each deal be evaluated separately. A wide range of factors must be considered, including the strength of the patent and litigation costs. While the Supreme Court did not provide a clear framework for how to evaluate reverse payment settlements, the FTC could develop guidance on how to assess their competitive effects.

Currently, the FTC challenges only a small number of reverse payment settlements, though the agency reported that 21 such settlements occurred in fiscal 2014.15 While reducing the number of these agreements could generate savings, this policy might only deter anticompetitive agreements that the FTC and purchasers can already successfully challenge under current law. Alternatively, the policy may enable the agency and purchasers to pursue more cases against manufacturers, which could result in faster generic approvals and lower drug spending.