This data has been updated. Visit Fiscal 50 for latest data.

The share of states’ revenue made up by federal dollars rose in fiscal year 2016 for the third year in a row, largely because of growth in Medicaid grants to states. The federal government provided 32.6 percent of 50-state revenue in fiscal 2016—the third-largest share on record—up from 31.9 percent in fiscal 2015.

A majority of states—30—saw gains in federal dollars as a share of state revenue in fiscal 2016. Health care grants have been the main driver of increases in federal funding to states in recent years, with Medicaid alone accounting for two-thirds of federal grants to states. In addition to federal funds, states receive income from taxes and other sources, such as public university tuition, tolls, and lottery receipts.

Federal grants to states rose 5.3 percent in fiscal 2016, outpacing overall revenue growth of 3 percent. The $31 billion increase in federal funds boosted the share of state revenue coming from the U.S. government to its third-highest level since at least 1961, the first year of comparable data for all 50 states. The only two larger shares occurred right after the Great Recession, when a temporary influx of U.S. economic stimulus dollars and falling state tax revenue led to the federal share of states’ revenue reaching 35.5 percent in fiscal 2010 and 34.7 percent in fiscal 2011. The share in fiscal 2016 captured the enhanced federal support states received for expanding Medicaid health coverage eligibility under the Affordable Care Act (ACA), as well as other growth in the health care program.

Federal funds for the Medicaid expansion became available as of Jan. 1, 2014, and under the Medicaid provisions in the ACA, the federal government reimbursed states for all costs to extend health coverage to newly eligible low-income adults through calendar 2016, with its portion gradually dropping to 90 percent by calendar 2020. In fiscal 2016, three states—Indiana, New Hampshire, and Pennsylvania—received their first full year of grants, Alaska and Montana started midway through the year, and 25 states received their second full year of expanded Medicaid grants. Nationally, enrollment in Medicaid increased 3.8 percent over the previous year.

The federal share of state revenue reflects how much funding states receive from the federal government to help pay for public services such as health care, education and training, transportation, and other infrastructure. (See “Federal Spending Decisions Affect State Budgets.”) The indicator measures the combined effects of swings in state and federal funds. Changes in either revenue source affect the ratio of federal to total dollars. A higher or lower percentage does not necessarily indicate a problem for state budgets. Understanding the differences among states can help policymakers make more informed decisions when debating changes to federal funding. 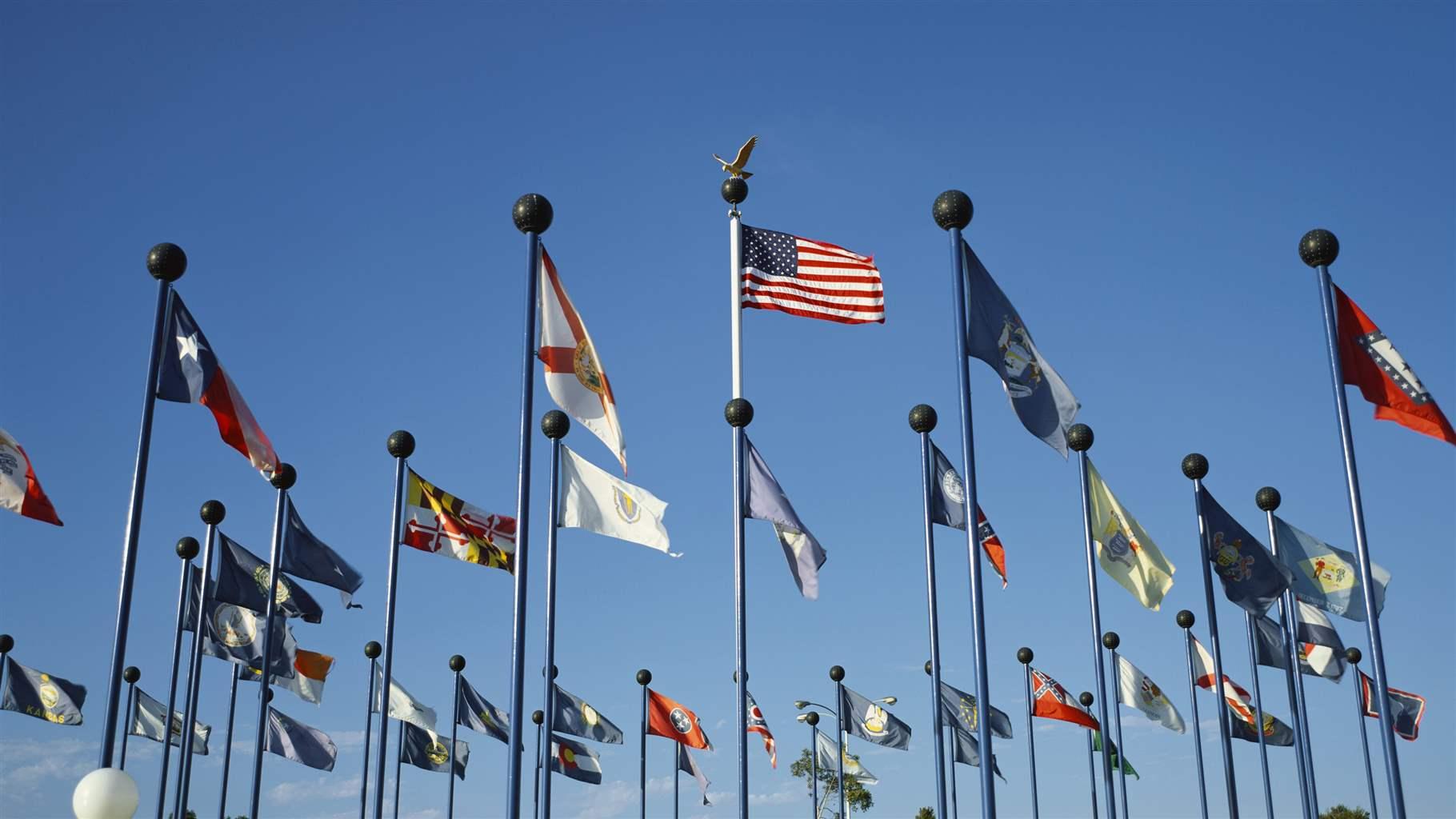 Where Do States Get Their Money?