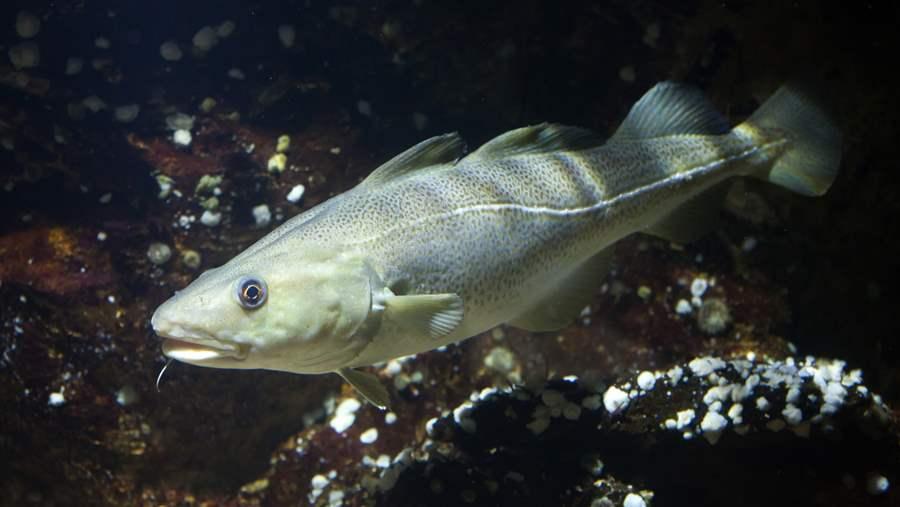 Some stocks of Atlantic cod (Gadus morhua) in European waters have recently recovered from past overfishing but the outlook for others is less positive. The EU’s Common Fisheries Policy includes a 2020 deadline to end overfishing.

With overfishing still a major concern in many European Union waters, fisheries ministers, industry leaders, and other stakeholders are discussing ways to meet the goals set out in the EU Common Fisheries Policy (CFP), such as accelerating how quickly fisheries ministers set catch limits in line with scientific advice.

That was a dominant theme at Countdown to 2020, a Feb. 21 event hosted in Brussels by The Pew Charitable Trusts. Other major topics included the successes and limitations of applying the CFP on a regional basis and how to implement the EU’s obligation to land all catches. The event drew more than 100 participants from around the EU and marked a key moment to gauge progress in implementing the CFP, the primary fisheries management law for the EU.

The CFP underwent a far-reaching reform in 2013 and took effect the following year with ambitious goals, including one to end overfishing throughout the EU by 2020.

Here is a roundup of discussions from the Countdown to 2020 conference. 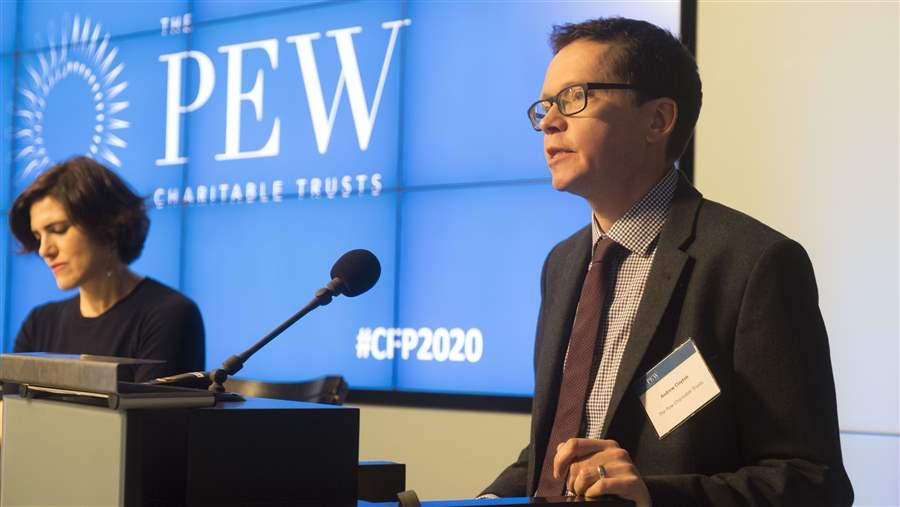 According to a Pew-commissioned report published in November 2017, EU decision-makers needed to move faster to end overfishing. In their October and December meetings to set 2018 fishing limits, member states’ ministers showed some improvement in that area but still set 44 percent of 2018 fishing limits in excess of scientific advice. The progress supports EU Commissioner for Environment, Maritime Affairs and Fisheries Karmenu Vella’s statements that he had guided ministers toward improvements during that December meeting. But it remains to be seen if this movement, which comes just two years before the 2020 deadline, is sufficient to meet the main goal of the CFP.

Some conference participants suggested the progress to date is sufficient and that the practical difficulties of implementing parts of the policy require more flexibility, despite the legal deadline. Other speakers reminded the audience that the CFP had originally included a 2015 deadline to end overfishing, and they expressed their frustrations about the delay in securing the environmental and socioeconomic benefits of sustainable fisheries management. For many, this is particularly vexing because the EU is also committed, under the United Nations’ sustainable development goals, to end overfishing by 2020.

Regionalising the CFP: A help or hindrance?

The reformed CFP includes a major provision to develop detailed rules and longer-term management plans on a regional basis. This is being done in collaboration with advisory councils in each region with input from those with a stake in fisheries and the marine environment. Our panel discussion on this spurred a lively debate about the successes and shortfalls of the process so far. Speakers noted the difficulties inherent in such a diverse stakeholder collaboration process, and expressed concerns that the policy’s objectives are watered down when management is tailored to each region. Those concerns are well founded: Decision-makers agreed on multi-annual plans for Baltic Sea and North Sea stocks, but set less ambitious goals than what the CFP aims to achieve. Rather than helping to end overfishing, these regionalised plans risk becoming derogations of the CFP.

A constant theme throughout the conference was that some regions—northern Europe, for example—were making progress to end overfishing while others, namely the Mediterranean, continued to experience severe overfishing. Mediterranean ministers are showing signs that they could reverse the trend, for example through the Medfish4ever initiative and by improving management tools but, as noted above, time is running short. 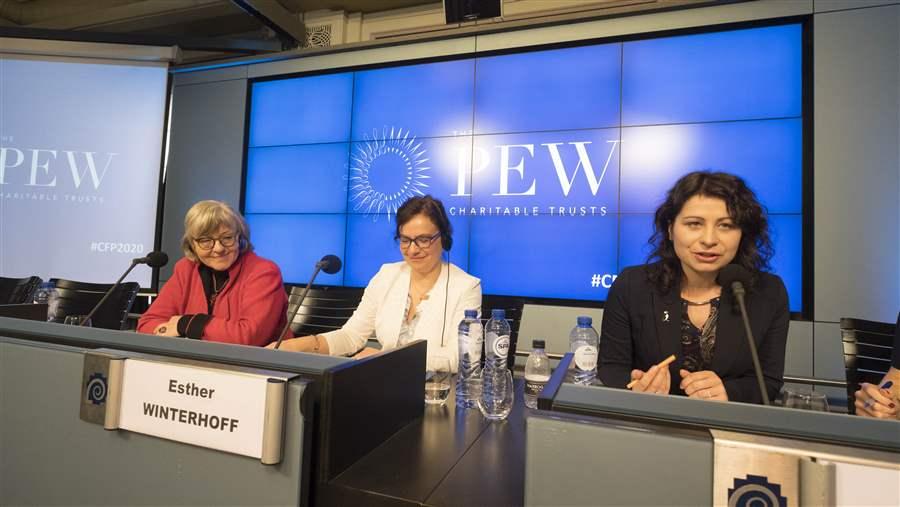 The CFP includes an obligation to greatly reduce the practice of discarding dead fish, an indefensible waste of resources, and ensure that catches are landed. That provision, which will result in more accurate data, has been gradually rolled out since 2015 and must be fully implemented in just over 10 months.

Pew’s work in advisory councils over the past four years demonstrates how the implementation of the landing obligation is far from simple. Indeed, it has posed a significant challenge to experts and stakeholders and has generated passionate debate, including at the conference. While much intricate work remains to meet this CFP requirement, the advisory councils have helped lay the foundation for achieving that objective. This demonstrates the value and potential of the councils and the experts who serve on them, some of whom spoke on the conference panel. 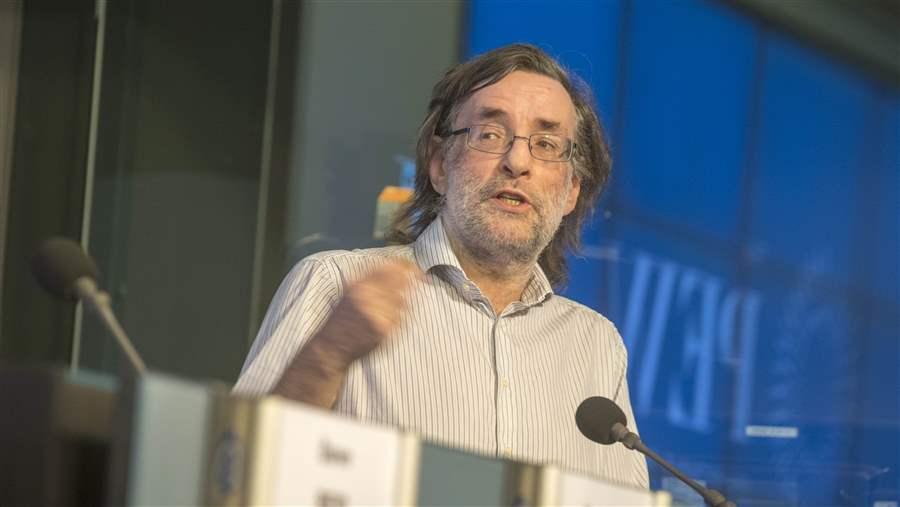 Dave Reid, of the DiscardLess Project, kicked off lively discussions on the practical steps needed to deliver the CFP’s landing obligation.

Work still to be done

Near the end of the conference, presenters highlighted the benefits of ending overfishing and improved management, a fitting setup to Commissioner Vella’s closing speech. He emphasised the progress made so far and the hard work ahead, an important reminder as the cycle of decision-making on fishing limits for 2019 gets underway. 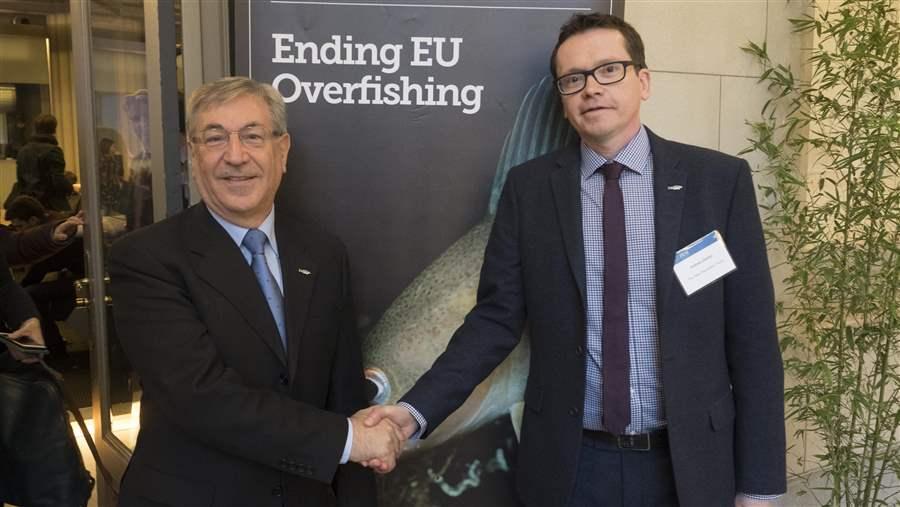 Couldn’t join us? Catch up now

A video of the conference is available here. I would like to express my gratitude to the expert speakers and all of the participants in the conference, including our guest of honour, Commissioner Vella.

Countdown to 2020: How Far Has the EU Come in Ending Overfishing?

How far has the EU come in ending overfishing?

On Wednesday, 21 February 2018, The Pew Charitable Trusts hosted an all-day conference, &ldquo;Countdown to 2020: How Far Has the EU Come in Ending Overfishing?&rdquo; in Brussels.&nbsp;

How to End Overfishing in the EU

EU fisheries are in trouble. Currently, nearly 50 per cent of fish stocks are overfished in the North Sea and Northeast Atlantic&mdash;and more than 90 per cent in the Mediterranean Sea. We explain the dire consequences for both the European Union economy and marine environment if overfishing continues and lay out a plan of action for how fisheries ministers can end overfishing&mdash;and how you can help. Learn more at https://pewtrusts.org/endeuoverfishing.