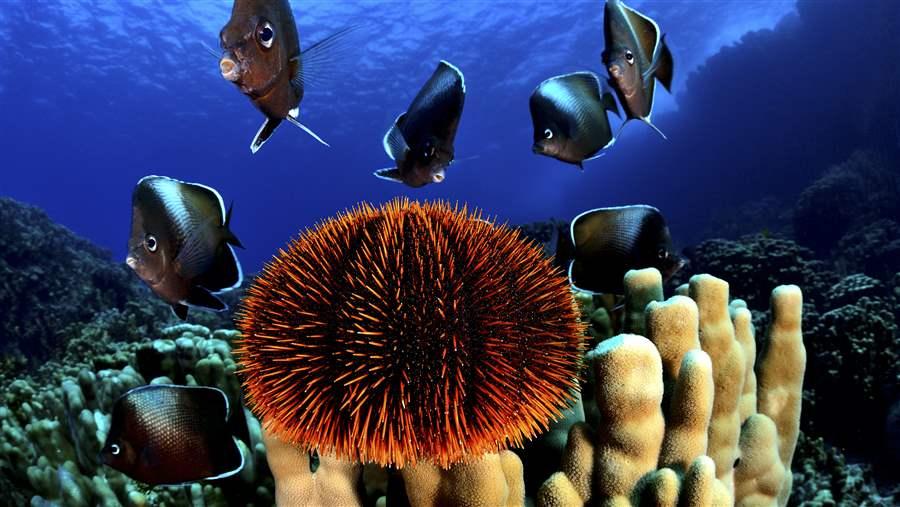 This article has been updated on July 7, 2020 and can be found here.

The results of this new study, led by Dr. Callum Roberts and Dr. Bethan O’Leary from the University of York in the U.K., emphasize the urgent need for governments to implement climate-adaptation policies in order to safeguard the oceans and societies that depend on them. According to Roberts, these findings “show that to boost the resilience of ocean ecosystems, safeguard their wildlife, protect their capacity to support fisheries, provide coastal protection, and offer clean, healthy water, we must accelerate implementation of effective marine protected areas.”

These findings also reinforce the worldwide demand for stronger ocean protections. The International Union for Conservation of Nature, at its 2016 World Conservation Congress, adopted a motion calling for protection of at least 30 percent of the ocean by 2030 to avert large-scale extinction of marine life. Governments are taking notice, and the movement to protect large expanses of ocean space is growing. In recent years, countries have set aside huge swaths of ocean for protection, including in the waters of Palau, the U.K. overseas territory of the Pitcairn Islands, and the Papahānaumokuākea Marine National Monument in the Northwestern Hawaiian Islands.

World leaders and policymakers convening at the United Nations Ocean Conference this June must take note of this newly synthesized scientific evidence. Counteracting the combined impacts of overfishing, warming ocean waters, and rising acidity requires swift action. To date, only 3.5 percent of the ocean has been set aside for protection and 1.6 percent is fully protected, although there are commitments to raise the total coverage of protected areas to 10 percent by 2020. Taking action now to implement fully protected ocean space is necessary to safeguard ecosystems and the economic benefits they provide.