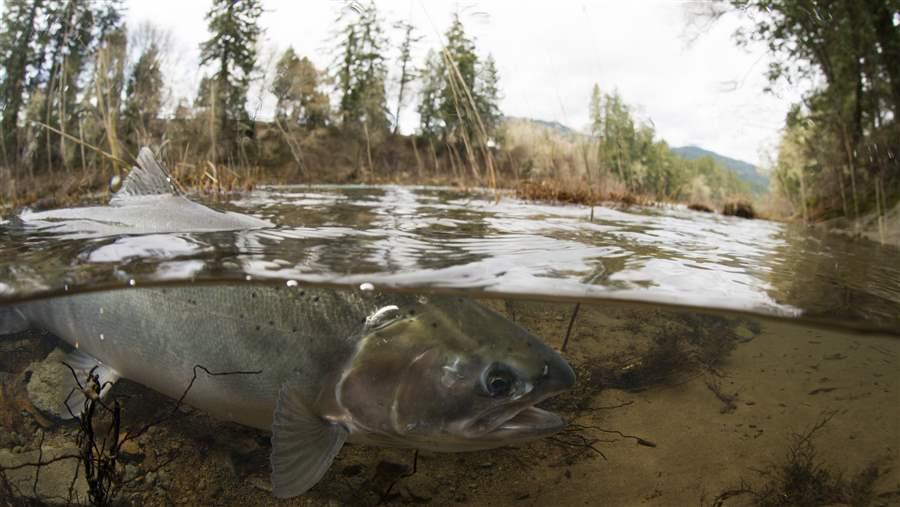 A steelhead swims in the shallows of Steamboat Creek. Its watershed is among the last remaining strongholds in the western U.S. for salmon and steelhead.

Tucked in the verdant Umpqua National Forest about 100 miles southwest of Eugene, Oregon, the scenic Steamboat Creek area is popular with anglers, hikers, boaters, and others seeking solitude, relaxation, or adventure in nature. It’s a place that should be protected from development, and soon it may be: On March 2, three Oregon lawmakers—Senators Ron Wyden and Jeff Merkley, along with Representative Peter DeFazio, all Democrats—reintroduced legislation to protect the Steamboat Creek Watershed, roughly 100,000 acres of land and water that provide clean drinking water to local communities, critical wildlife habitat, world-class fishing, and more.

The new bill also recognizes his wife of over 70 years, Jeanne, a native plant expert and tireless advocate for protecting the river who helped Frank establish and run the Steamboat Inn within the national forest, and the Steamboaters, a group dedicated to safeguarding the river.

It’s gratifying to see Jeanne’s name on this bill: Women in the conservation movement are often overlooked, despite the major contributions many have made to protecting natural places. 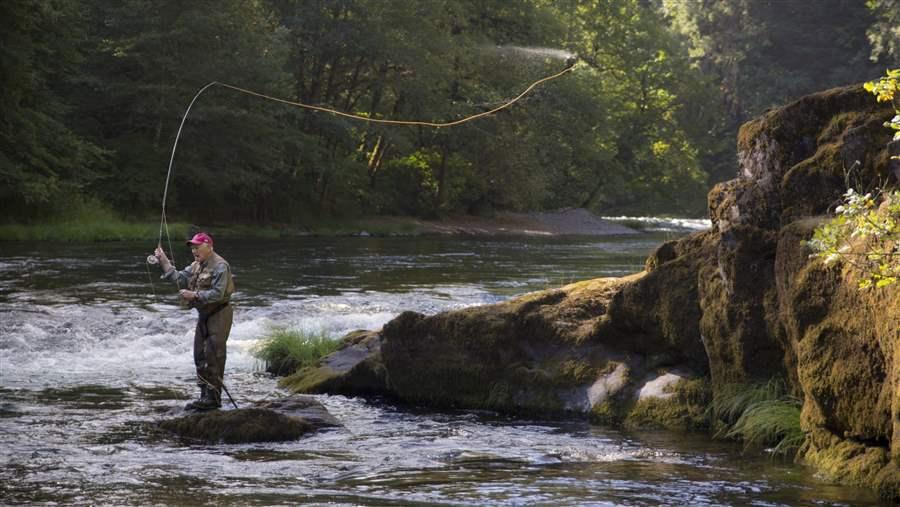 Frank Moore fishes Steamboat. He found that spending time in nature helped him cope with memories from his service in World War II.

The bill would protect over 50 miles of rivers and streams in an area classified by the Forest Service as a “key watershed,” meaning it provides high-quality water for drinking and for sustaining aquatic life. 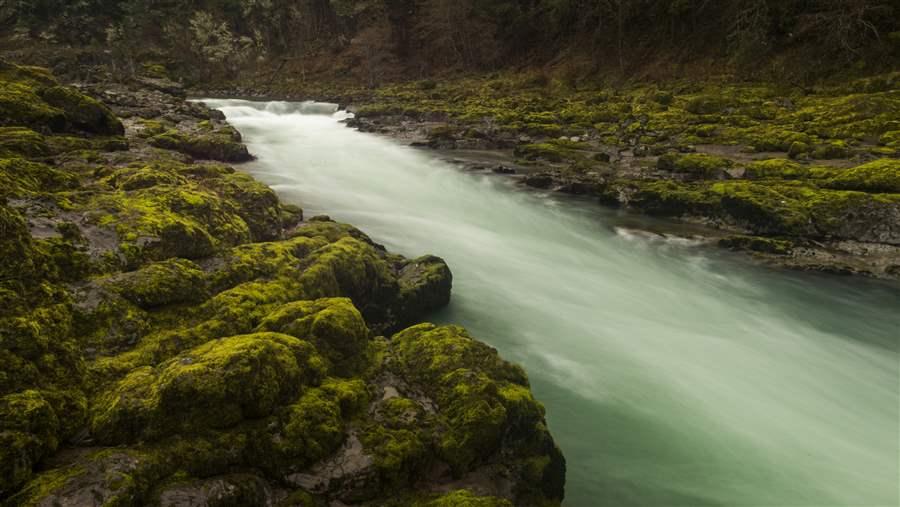 Steamboat Creek is rendered a ghostly shade as it flows through the ancient forests of the area’s unique ecosystem.

The watershed contains some of the best wild steelhead spawning habitat in the Pacific Northwest, drawing anglers who cast for chinook and coho salmon, rainbow trout, and other native species. It is also home to black bears and river otters, bald eagles and northern spotted owls, Roosevelt elk, and grouse.

It is also an outdoor recreation haven: The sector generates $12.8 billion in consumer spending, 141,000 jobs, $4 billion in wages and salaries, and $955 million in state and local tax revenue in Oregon annually. 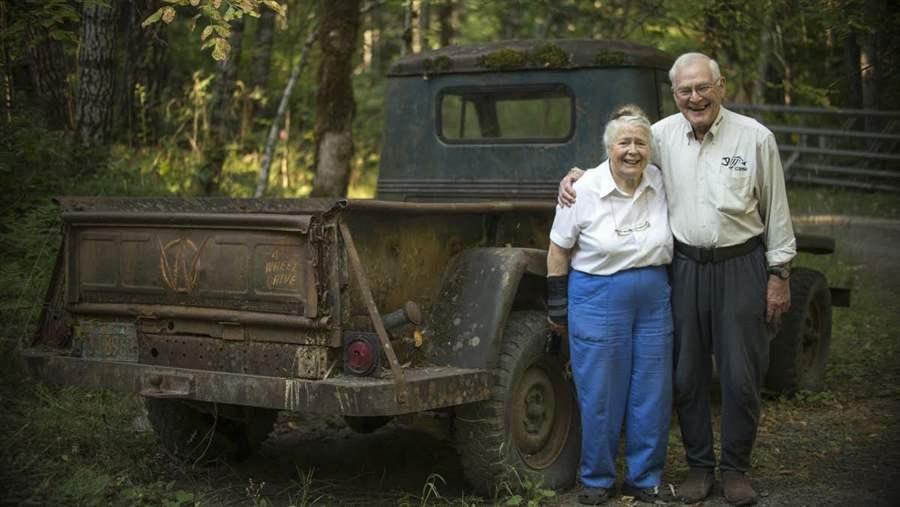 In 2006, Jeanne and Frank were honored as First Citizens of Glide, a town west of the national forest, and Jeanne served as a council member for the Glide Wildflower Show, which celebrated its 50th anniversary in 2015.

My colleagues and I commend Sens. Wyden and Merkley and Rep. DeFazio for their commitment to preserving this area and for recognizing the role of Frank and Jeanne Moore. We look forward to working with these sponsors and the 115th Congress to see that the Steamboat Creek Watershed is protected for the legions of people who enjoy it and the species that make it their home.

The Owyhee Canyonlands are one of the most expansive and dramatic ecosystems in the West, featuring rare plant and wildlife species, pristine waterways (186 miles of the Owyhee are designated a Wild and Scenic Waterway), and incredible outdoor recreational opportunities. Millions of years of volcanism, earth shifting, and erosion have carved this landscape, creating distinct microhabitats for a diverse array of flora and fauna.