The Chinook Indian Nation's word “umpqua” means “thundering waters,” and the North Umpqua River's legendary crystal-clear, emerald waters do indeed thunder as they tumble downstream. From its origin high in the Mount Thielsen Wilderness of the Cascade Range in southwestern Oregon, the river flows westward toward the Pacific Ocean through a mosaic of Douglas fir, western hemlock, mountain meadows of wildflowers, and steep canyons of basalt. Just west of Roseburg, the North Umpqua joins the South Umpqua, where they travel together to the Pacific Ocean.

About 34 miles of the North Umpqua are protected under the Wild and Scenic Rivers Act for its spectacular riverine qualities. From the clean water to the wild salmon and steelhead trout that make their home in the river, to historic and cultural sites along the riverbanks, the North Umpqua River boasts a raw beauty that draws visitors from near and far.

Historically, the combination of large salmon and steelhead runs and majestic scenery has attracted anglers from all over the world. The river is home to a variety of resident and migrating fish species, including summer and winter steelhead, fall and spring chinook salmon, coho salmon, and sea-run cutthroat trout. At Deadline Falls Watchable Wildlife Site, salmon may be viewed jumping the falls as they return to spawn. Regional experts have identified the river as one of the last remaining salmon strongholds, and the North Umpqua summer steelhead fishery is considered to be one of the best on the West Coast. 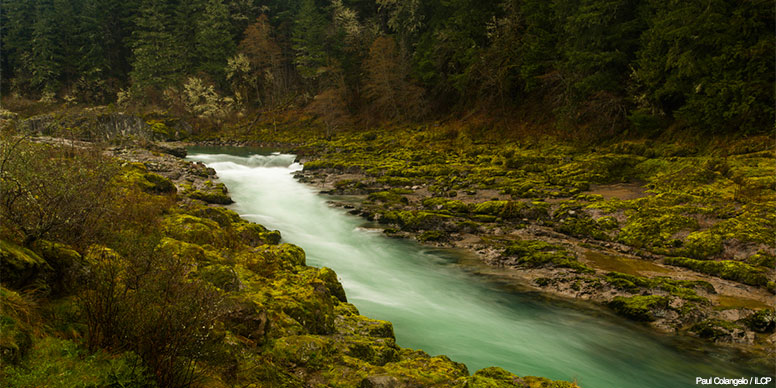 Adding to the scenic quality of the North Umpqua Wild and Scenic Corridor are numerous prominent geologic features, such as columnar basalt, large basalt cliffs, and boulders and spires, which are managed by the Bureau of Land Management as the Umpqua Rocks Special Geologic Area. Few river systems in the Pacific Northwest reveal as much of the volcanic and geologic history of the region. Rafters and kayakers also enjoy the white water and ripples of this world-renowned river. From early spring through summer, boaters ride the Class III river through stands of Douglas fir and oak savanna. Rapids ranking from Class I to Class IV enthrall boaters, while wildlife viewing and hunting opportunities provide additional benefits.

This truly distinctive canyon landscape is rich with wildlife. In addition to the multitude of fisheries, the area is habitat for black bears and river otters, bald eagles and northern spotted owls, Roosevelt elk and grouse. The 79-mile-long North Umpqua Trail parallels the river and offers hikers and bikers views of migrating fish and wildlife as well as a challenging route.

In addition, the river area is of major cultural significance. Radiocarbon dating places prehistoric occupation of the North Umpqua River as early as 6,300 years ago, but stratigraphic dating indicates that the occupation may predate the eruption of Mount Mazama—which collapsed into a caldera and filled with water to form Crater Lake—more than 8,000 years ago. 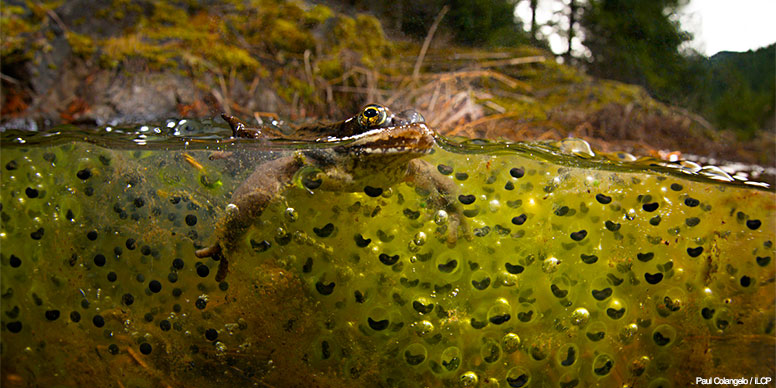 This area also contains the primary water source for Roseburg and other nearby communities. Because the river begins high in the Cascades, amid a mixed-conifer forest, its clean, cool waters are largely unaffected by variations in annual temperature, an important characteristic during a time of climate change that may help protect the exceptional fisheries that inhabit this area.

Much of the area surrounding this extraordinary river has been left unprotected. Most of it is public land administered by the Forest Service and the BLM but with no federal protection: a mix of roadless areas and former Oregon & California Railroad lands. Local businesses, fishermen, and conservationists from across the Pacific Northwest are working to safeguard more than 80,000 acres by asking Congress to designate the North Umpqua Wilderness Area.

As is the case in many rural areas in Oregon, the communities on the North Umpqua once relied on the timber industry for their economic survival. But recently, these communities have diversified their economy, relying more heavily on recreation and tourism. Inns, restaurants, and other businesses have sprung up around the world-class river, providing a more balanced and prosperous economic base. The addition of a wilderness area would help promote this area as a unique location, bringing more visitors to the region.

The coalition of organizations and businesses working to safeguard the area will help ensure that the thunderous waters of the North Umpqua River flow for future generations.