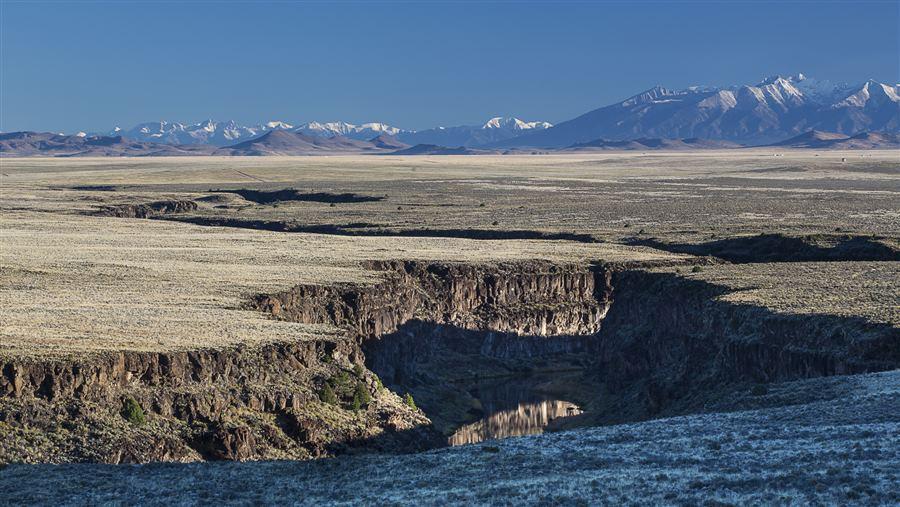 One of my favorite activities when ringing in a new year is planning adventures for my family and me for the next 12 months.  Maybe we’ll explore a wilderness area we’ve never been to—or perhaps one of the nation’s newest national monuments, such as Gold Butte in Nevada or Maine’s Katahdin Woods and Waters.  I am grateful not only for having a wife and kids who love the outdoors as much as I do, but also for the multitude of unspoiled places that we can visit, and for the importance that most Americans place on ensuring a conservation legacy for our children. From the vast, open high country in Montana, to colorful deserts in New Mexico and Arizona, to rushing rivers in Colorado, my family has hiked, camped, and paddled in some bona fide natural treasures.

And we are not alone in our affinity for wild places. In 2014, landscapes overseen by the Bureau of Land Management in 11 Western states and Alaska clocked more than 60 million visits for nonmotorized recreation such as camping, hunting, and hiking, according to a Pew-commissioned study by ECONorthwest that was published last summer. The report also found that those visits provided a big boost to local communities, adding $2.8 billion to the overall U.S. economy and supporting 25,000 jobs—something the new administration and Congress should remember as they consider how to manage our country’s diverse public lands.

In a lifetime of outdoor adventure, I have contributed to this spending, occasionally in memorable fashion. Four years ago—inspired by colleagues’ descriptions of New Mexico’s Rio Grande gorge—my wife, young kids, dog, and I set off for a Thanksgiving camping trip to this rugged land. Pew’s public lands team had been working for several years with members of the nearby Taos community to safeguard the gorge, and I wanted the family to experience it firsthand. So we packed up our turkey and all the trimmings and headed out to the wild.

We set up camp in a copse of juniper trees above the gorge, from which we watched a herd of pronghorn antelope gallop across a sagebrush flat, kicking up a cloud of dust, and a golden eagle soar above the chasm.  Two extinct volcanoes, Cerro San Antonio, and Cerro del Yuta, loomed over the mesa and the night sky cloaked us in stars. But it was cold, as in didn’t-get-above-20-degrees frigid.  The turkey never thawed, the kids spent most of the time in the canvas-walled tent trying to stay warm, and my wife retreated to her sleeping bag to read.

After two nights, we threw in the towel and headed to Taos, where we enjoyed a wonderful restaurant meal and found a warm room at a local dog-friendly motel. The next day we visited the Kit Carson museum and toured the 1,000-year-old Taos Pueblo, guided by a young Native American woman. The pivot to town was money well spent, a thought that struck me particularly as I looked at my children snug in their beds on yet another bone-chilling night.  It wasn’t quite the trip we planned, but it was memorable.

Four months later, in March 2013, President Barack Obama signed an executive order designating the Rio Grande del Norte National Monument—and put a new star on the New Mexico map.  In just the first year after the designation, visitation to the area jumped 40 percent, spurring a 21 percent increase in lodgers’ tax revenue for the town of Taos, and a rise of more than 8 percent in gross lodging and dining receipts in Taos County, according to the New Mexico Green Chamber of Commerce.  That’s impressive, and not unusual.

In 2009, Carlsbad Caverns National Park and White Sands National Monument in southern New Mexico together drew nearly 1 million visitors, added $39 million to the local economies, and supported about 700 jobs, according to a 2012 report by the independent group Headwaters Economics.

So as President-elect Donald Trump and the 115th Congress craft their public lands strategy, I urge them to think about the bottom line. From hunting, hiking, and fishing to wildlife watching, camping, and, when needed, folding up the tent and scurrying to the nearest town, the wild landscapes of the U.S. lift both the spirits of the American people and the local economies that are critical to the nation’s future.

The Economic Value of 'Quiet Recreation'

The Economic Value of 'Quiet Recreation'