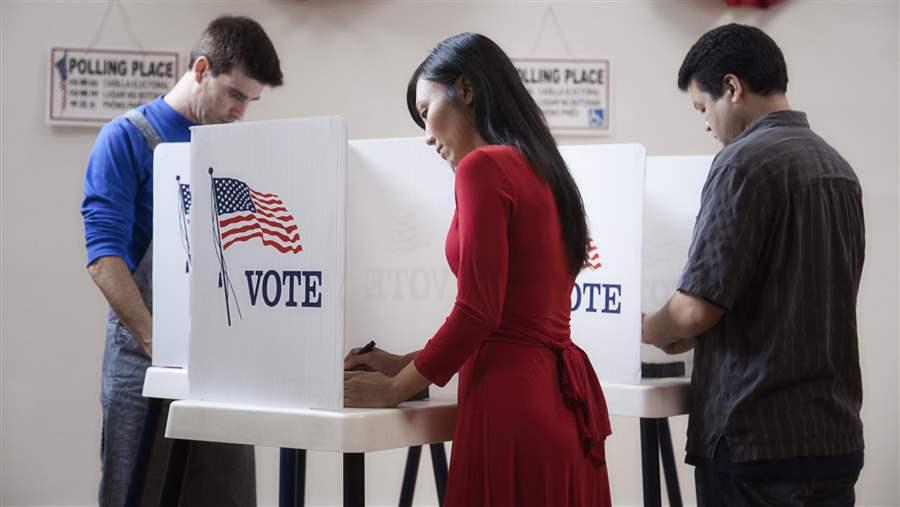 As part of its mission to support American democracy, The Pew Charitable Trusts works directly with election officials and private sector partners to create tools that make voting easier, more efficient, and less costly. Two tools that played an outsize role in 2016 and will continue to affect election administration in 2017 and beyond are:

November’s election was a long and hard-fought exercise in democracy, illuminating deep differences on how best to keep our country moving forward. The robust public debate will not end simply because the election is over. The good news is that thanks to tools such as VIP and ERIC, Americans’ ability to express their preferences through the ballot was easier and more efficient this year than ever before.

Pew offers a sincere thank you to election officials nationwide for their work last November and looks forward to continuing to provide state legislators, election officials, and secretaries of state with research and technical support to make citizen participation in our democracy more efficient.

Alexis Schuler is the senior director and Samuel Derheimer is a senior manager for election initiatives at The Pew Charitable Trusts.

Before most polls opened on Election Day, more U.S. voters had accessed Voting Information Project (VIP) tools than ever before. These resources use official government data to provide voters with information about polling place locations, hours of operation, and ballot summaries.